An Agnesian Antipodean Aside 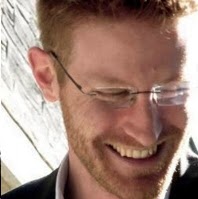 No 1 son is something of an international star in the world of On-Line Learning. His premise can be summarised as; "what's the point of teaching our kiddies students loadsa facts, when all they have to do is tap a few keys or prod a smart phone screen?" He goes on to suggest, "educators need to be teaching how to use the information available to develop their students' knowledge whilst being aware of the on-line limitations." He has a blog (here) but you'll probably find it baffling. fbb does!

As a supply teacher, fbb was always frustrated to have to take an IT lesson in which the sprogs were busy copy-and-pasting stuff from Wikipedia without the slightest understanding of what it all meant! What was more galling was that the teachers gave them good marks for their ignorance.

Asking a newcomer to look up "buses in St Agnes" (it's in Cornwall) might produce similar problems. 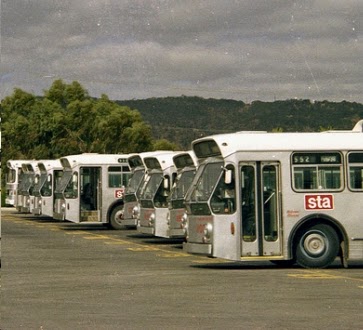 The State Transport Authority (STA) was the government agency which controlled public transport within the State of South Australia between 1974 and 1994. The STA was dissolved (and the 1974 Act repealed) as a consequence of the Passenger Transport Act 1994. These reforms split the STA into the Passenger Transport Board, which coordinated and funded the public transport system, and TransAdelaide, which actually operated metropolitan buses, trains and trams. The formation of TransAdelaide was a prelude to competitive tendering and the introduction of private operators into the Adelaide public transport network.

We can now surmise that the St Agnes bus depot pictured above is not in Cornwall but in South Australia and a quick check on Wikipedia reveals it as a suburb of Adelaide (pronounced "Air-delight" in strine**). St Agnes is part of community called Tea Tree Gully named, so it seems, after a gully where grew tea trees. 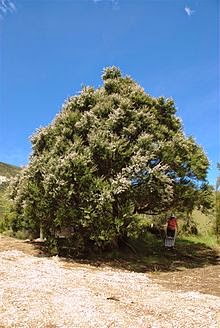 And so to the Adelaide Metro web site and a journey planning enquiry for St Agnes to Adelaide. 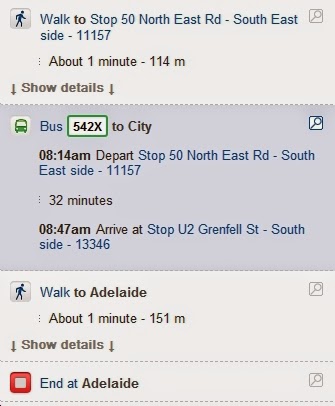 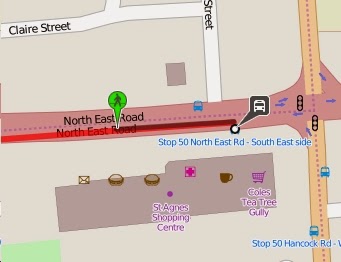 ... and the associated Streetview shows us a bus about to depart. 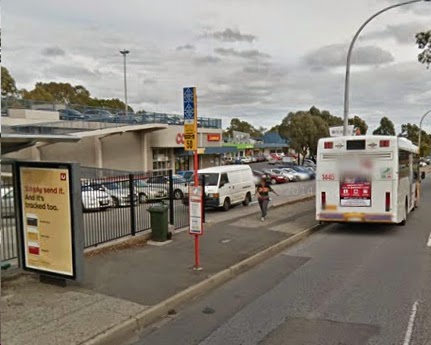 There is a map of the route and the journey will take 32 minutes. 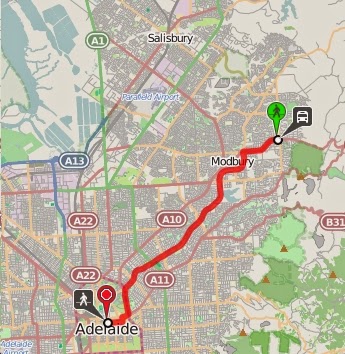 Searching for a timetable for route 542X produced only departure lists - no timetable. More research needed.

1994 legislation paved the way for the privatisation of bus services in South Australia; in simple terms on the French system of letting contracts for large blocks of services. The main contractor for this particular block of Adelaide routes was Torrens ...

... and, before that, Serco. Torrens still runs another block of Adelaide routes. 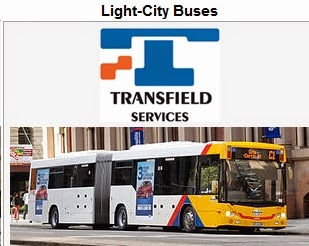 ... commenced operating the Adelaide Metro North-South and Outer North East region (the latter covering St Agnes) services under contact to the Government of South Australia. The two contract regions cover 43% of the bus services in Adelaide.

They took over some of the buses from Torrens ... 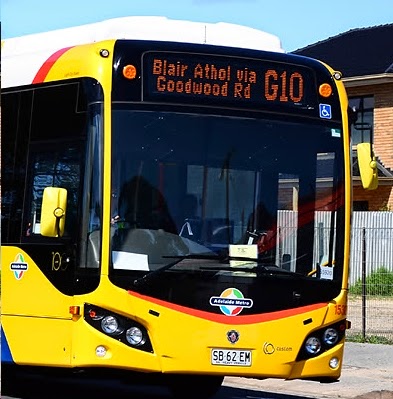 ... but everything runs in the Adelaide Metro livery and name. Light City have had problems. 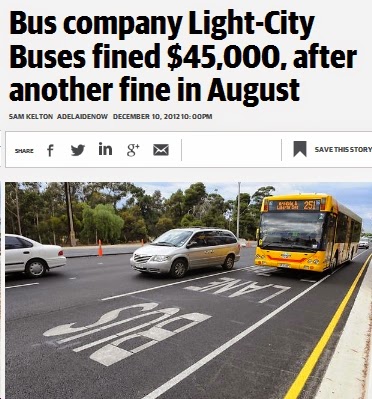 It seems that they are not always running services as required by the contract. Some routes have been taken from them ...

... and one Oz politician naively commented, "Transfield quoted the cheapest price and assured us they could deliver." Now where have we heard that before?

After our diligent on-line research we can now reveal that one of the three Transfield bus depots in Adelaide is at St Agnes, as illustrated above but the buses are now in the "Metro" livery as specified by the contract. 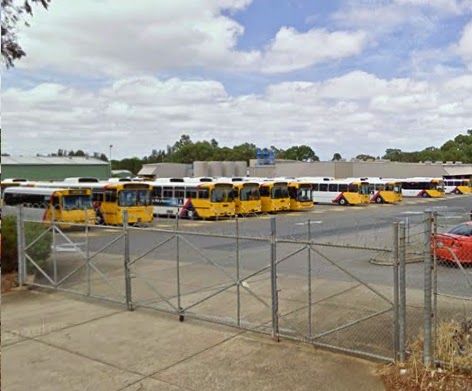 Yes indeed. Its part of the same Australian transport group that runs buses in London, England. Earlier this week, Nexus (The Tyne and Wear transport authority) announced its decision, against the wishes of the Bus Companies, to go ahead with a London, French, (Adelaide?) system which would bring the buses back under their direct control. Sir Brian ... 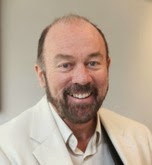 ... who has previously threatened to close down his Newcastle operations completely if this plan were to come to fruition is reported as saying he "would rather drink acid ..." than be part of the Nexus plan.

The "language" was introduced to an unsuspecting world by author Afferbeck Lauder in this book:- 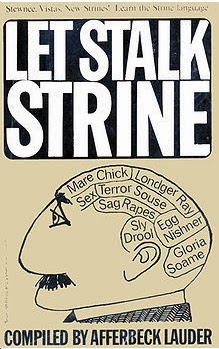 
Next bus blog : Friday 24th October
Posted by fatbusbloke at 02:00