In February the new North Gate bus station opened in Northampton. It was too small, in the wrong place and nowhere near any supposed north gate of the former walled town. And most buses didn't use it. The worst provision of all, however, was for National Express coach passengers, obliged to wait in open sided shelters on one side of a car park waste land. 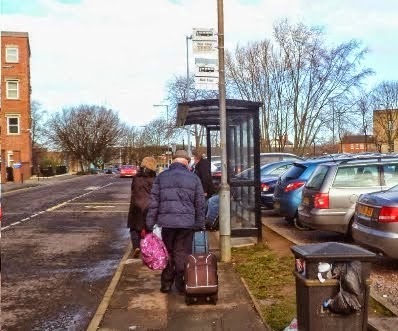 To add insult to injury, the Borough Council even (eventually!) put up some utterly misleading direction signs.

We can remember how it used to be in the good-old, bad-old days of the much maligned Greyfriars bus station. 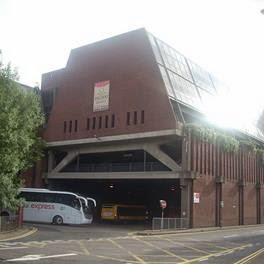 Interchange was easy and under cover. There was a cafe ... 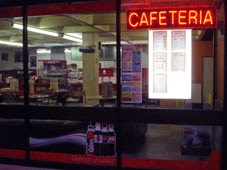 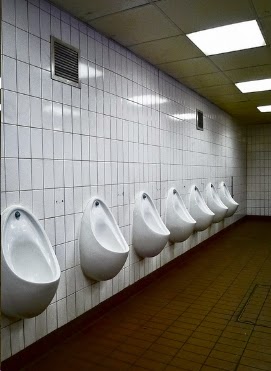 Thus it was that six months after the new poor quality inadequate bus station opened, the Council finally got the message. Infrastructure for National Express passengers was, to put it mildly, inadequate. 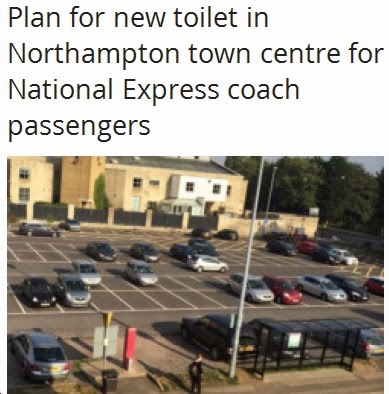 This, we were told, was to be the first phase in a programme of improvements for the "Coachway".

So, how to proceed? Of course, write a report for the full council. 5 pages of it! 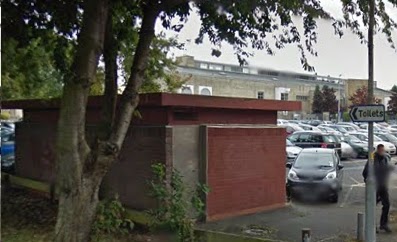 ... and of equal merit to the current waiting facilities. 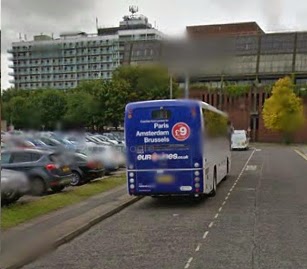 The new loo, too, must fit in with existing high quality street furniture. 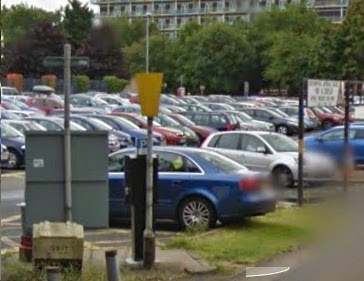 The site comprises a part of the existing Upper Mounts Car Park and adjacent to Victoria Street. There is no other structure in the vicinity apart from the existing ticketing machine and the nearby bus shelters.

Initial reports on the Council report suggested that the block would be 3 metres by 4.1 metres; that's ten feet by thirteen feet six inches in the old money. For comparison, consider a small bedroom or box room ...

... hardly lavish compared with what was available in Greyfriars.

But that report was WRONG!

The proposal is for the erection of a freestanding fully automatic public convenience. The structure will be 3m in height,  thirteen feet six inches in length and 8 feet in width. It will be located on the western side of the car park fronting Victoria Street. The installation will help to serve the needs of passengers using the National Express services.

It would be even smaller! A later sentence in the report explains all.

The proposal is for a public convenience of a type already installed within the town centre and which represents a common feature in towns and cities throughout the country. It is not considered that this would be detrimental to the character of the street scene when viewed in the context of the existing surface car park or the adjacent bus shelters within the street. 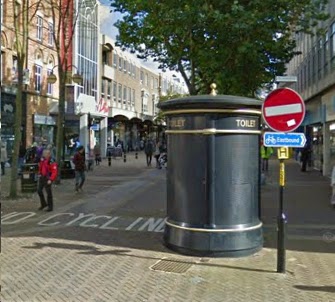 ... and below is a view of a similar facility "which represents a common feature in towns and cities throughout the country." 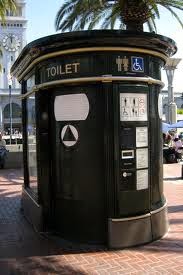 So 20 passengers alight from a busy National Express coach from London; the on-board toilet is out of order or not present; relief is needed before an onward car journey or the near half-mile trek to the more remote bus stops. It is raining hard; which makes matters worse!

And, after a soggy cross-legged queue, you have to pay 20p or even 30p for the privilege.

And we assume that the new fully automatic tardis is actually working. But who will use it? 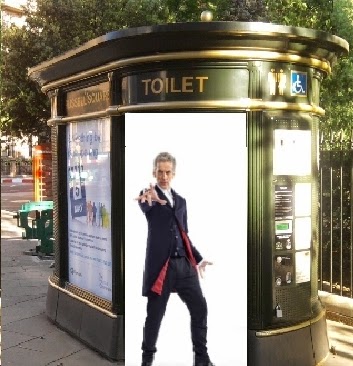 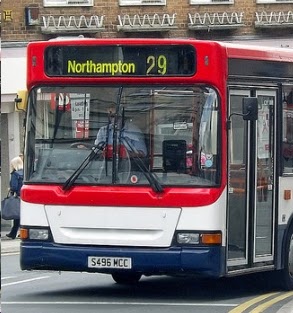 Here is a typical (and unhelpful) departure list from Bay 2 and the new North Gate bus station. It is presumably installed by the operator, Meridian. 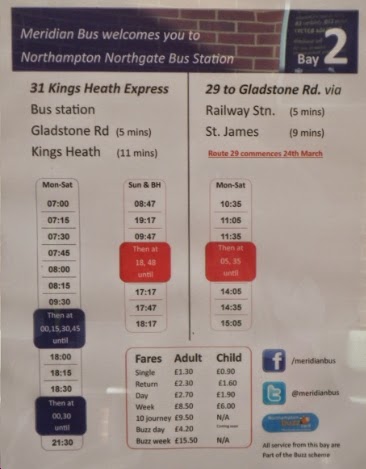 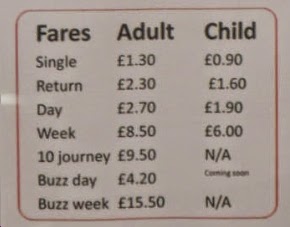 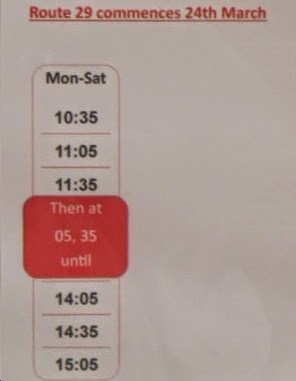 ... no longer exist! And does the main all day Sunday service really run 1 minute later than the other journeys shown?