U's a Clever Boy, then? Part the First

And pre baked beans in Cornwall! 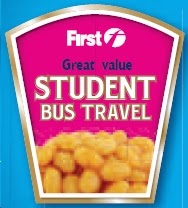 12 months before the lads in bonny Scotland came up with the idea of actually gifting tins of the orange ambrosia to its potential student customers ... 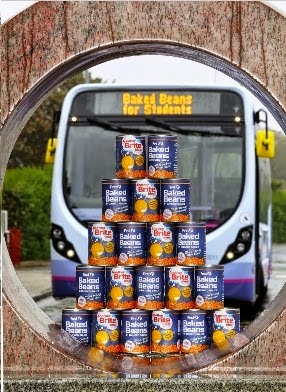 ... the image (but not the nosh itself!) was being used to promote student travel in a location about as far as you could get from Baked Beanz blessed Aberdeen. fbb can't ever remembering eating baked beanz as a student; but back in those antediluvian days your now-chubby blogger was in "digs" with breakfast and evening meal supplied by a terrifying landlady!

Thanks to the (in)efficiency of the First Bus web site people, we can still read all. 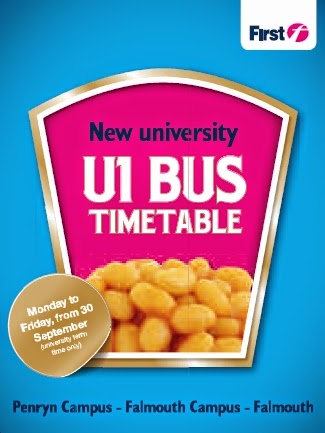 A dedicated bus began operation in September 2013, as promoted in the current First Cornwall web site.


New U1 service for Falmouth University and University of Exeter Penryn and Falmouth campuses. This is a new service primarily for students and staff travelling between the Penryn campus (formerly known as Tremough) and Falmouth campus (formerly known as Woodlane) via Penryn and Falmouth Town Centre. It will run every 15 minutes throughout the day from 0753 (from Woodlane) until 1820 (from Penryn Campus), with extra super late trips until 0235 from Falmouth Moor, on Thursdays and Fridays. The U1 runs during the university term only. During term holidays students and staff can use the revised service 41 and 88.

This was a contract for the University of Falmouth. 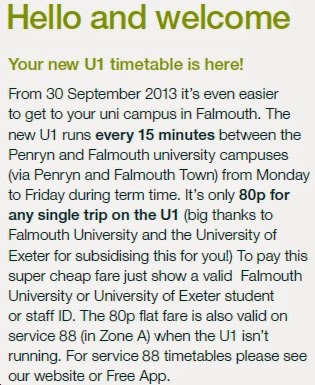 The timetable was simple, as were the fares.

But that was over a year ago and mysterious things have happened for this academic year.

Oddity number one was the appearance of the phrase "First Fal River" in press releases.

fbb thought that "FalRiver" is a company that runs ferries in the Falmouth Area and has buses as well. Clicking on the "bus services" button on the web site produces this ...

Routes including the Falmouth Park & Ride,
the U1 First bus service plus more.

Approching from a different click button we get more ...

Connecting Truro, Falmouth and the outlying communities. Fal River Links has a vast network of buses that connect the river with services operated by First, Western Greyhound, Travel Cornwall and many more. There are regular services around Truro and Falmouth, with many connecting the picturesque outlying villages of the two towns. Further information about the bus services is available from the Fal River Visitor Information Centre by emailing: bus@falriver.co.uk or calling 01326 741194.

Bus still no timetables. There are pictures of Fal River buses:- 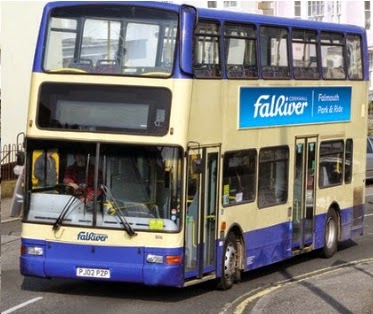 PJ02 PZP is a cast-off from GoAhead London which fbb spotted trundling past Falmouth Moor on his visit earlier this year. Then there is S723 KNV ...

... formerly with Turners of Chumleigh (Devon). 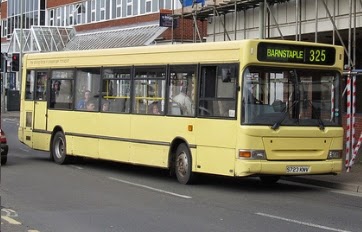 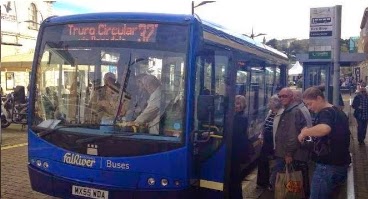 ... loading happy passengers on a Truro local service.This bus was formerly with Swans Travel, Scraggs and Warrington Coachways before FalRiver Buses, but has now gone to Crosville at Weston-super-Mud, as snapped by fbb on his recent "GCSE" visit (read again). 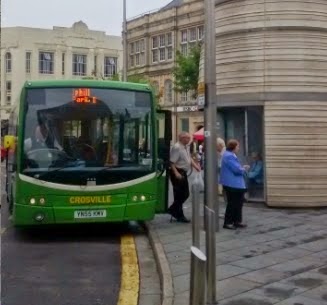 An interesting selection of motors, no doubt; but still no timetables; an equally interesting outworking of the company's claim to have "a vast network of buses". In desperation fbb tries Traveline, entering Fal River and even FalRiver in the "operator" box under "timetable search".

Maybe look at a list of services in Truro and in Falmouth. Nope.

FalRiver's bus services would appear to be a vast network of none. Maybe they are all seasonal and have now finished for the winter.

In which case, what exactly is "First Fal River"? Well, there it is again on a website called FXplus with an "ac" domain name. 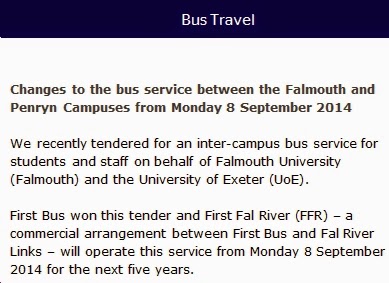 Perhaps it's something to do with the Falmouth Ferries. We'll look there tomorrow. 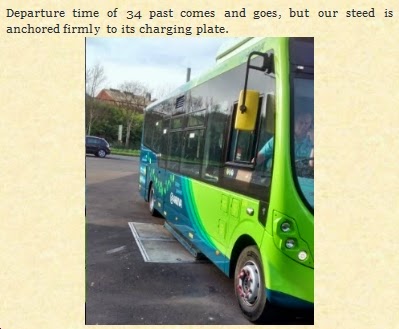 A quick email to our Northampton Correspondent who visits the great City of the Concrete Cows regularly elicits the following updated comment.

"Whenever I have been in Milton Keynes there have been some conventional diesel buses running on (Award Winning Electric Bus) route 7; there were diesels out last Saturday"

According to Milton Keynsian thinking, the buses are OK but the induction charging thingummy doesn't always perform as it should.

Next bus blog : Tuesday 7th October
Posted by fatbusbloke at 02:00