So What IS Happening?

In simple terms Stagecoach have merged the service 66 between Winchester and Romsey wthe two Cupernham/Woodley Romsey local routes. He is the situation up to last Saturday, 25th October. 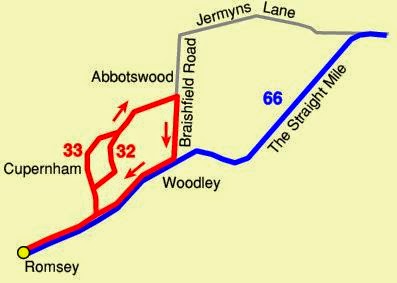 The key lies in the desire to serve the new Abbotswood development, off Braishfield Road. 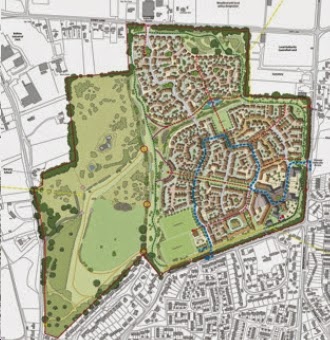 But it's Braishfield Road which creates confusion for the 66's new passengers. This is what Stagecoach's description says:-

In order to serve the Abbotswood housing development, alternate journeys will run either via Jermyns Lane and Winchester Hill, or Braishfield Road and Richmond Lane.

But surely, to get from Jermyns Lane to Winchester Hill, you need to use Braishfield Road? And if those buses go that way, then both versions go via Braishfield Road? The map on Traveline is. as usual, no use whatsoever. 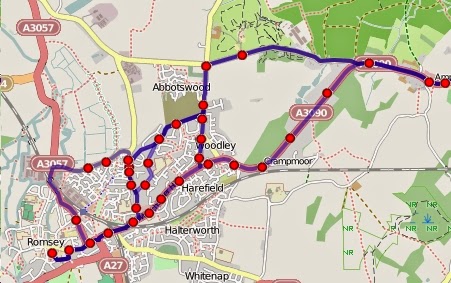 The map on the Stagecoach web site is much better ... 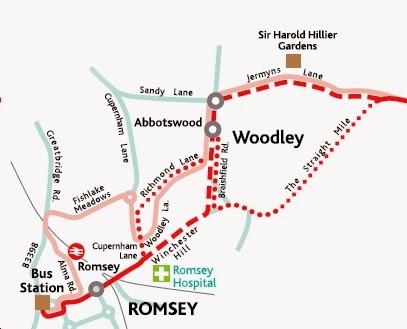 There's a red dotted route and a red dashed route, both of which are covered by an explanation on the map. Which leaves the pink line, a complete secret from Stagecoach. The timetable is clear, to a point.

But it's that 0700 departure from Winchester that calls at neither which is the mystery. But fbb knows all (hopefully).

The easiest way is to use clear route numbers rather than calling everything "66" even if it goes a radically different way. 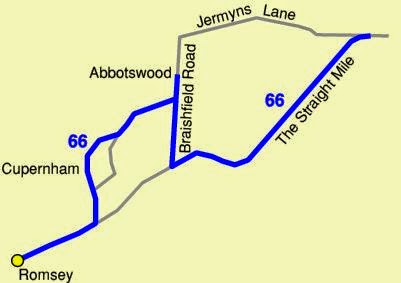 ... approaches Romsey along The Straight Mile, turns along Braishfield Road to the new roundabout at the entrance to Abbotswood. 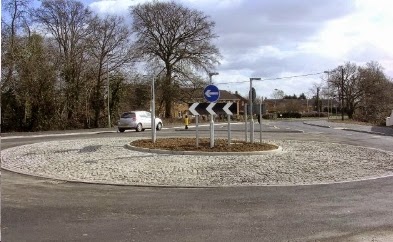 Here the "66" does a u-turn, runs back along Braishfield Road a tad then enters Romsey via the reverse of the former local route 33.

On the other half hour the route designated "66A" by fbb is more "new" than the diverted 66. It runs via Jermyns Lane, then via the full length of Braishfield Road ... 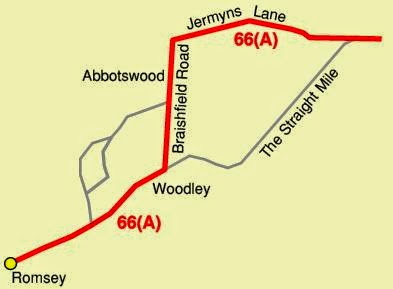 Which leaves that 0700 from Winchester and, possibly, the top secret pink line on the Stagecoach map. But how can we find out? The answer is to delve deeply into Traveline and peruse its "all stops" timetables. These are huge! 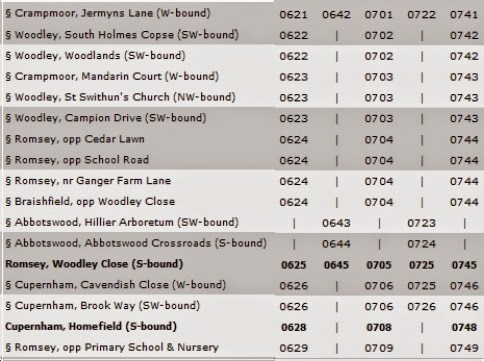 The stop names are, as ever, utterly misleading. Crampmoor Jermys Lane is where the "66" and "66A" diverge. The "66" via "The Straight Mile" is shown as calling at Crampmoor (again!), Woodley and Romsey before "Braishfield opp Woodley Close" ... 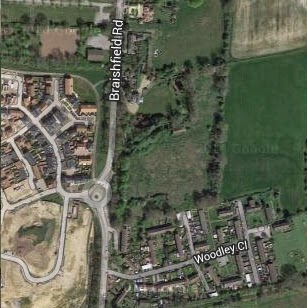 ... which isn't at Braishfield (over a mile away) but IS the stop for Abbotwood. The "66A" at 0642 calls at two tops labelled Abbotswood which aren't, but joins the "66" after its u-turn at Woodley Close. The next bank of stops and times shown something new. 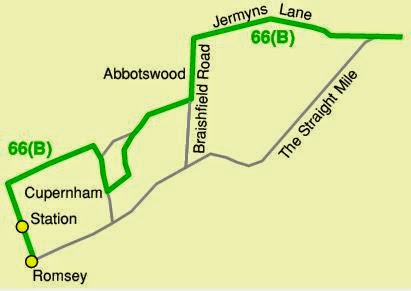 The "66B" (that mysterious 0700 from Winchester) does something different. 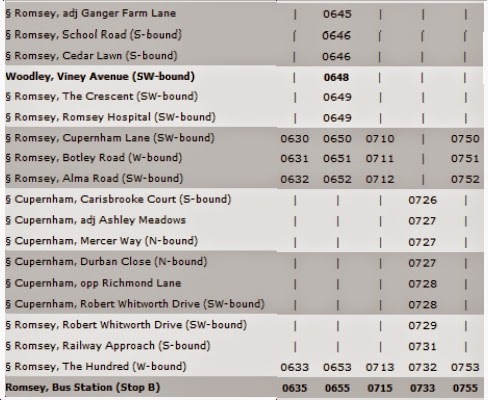 After being a "66A" via Jermyns Lane and calling at Abbotswood roundabout it then follows the reverse of the former 32 via Woodley Lane to Cupernham, then via Ashley Meadows, some industry and the railway station ... 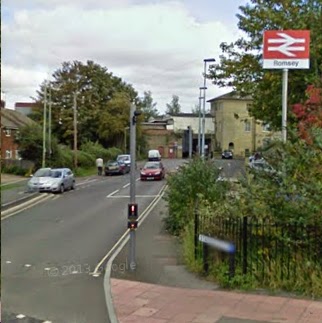 ... before arrivng at Romsey Bus Station.

fbb has worked it out (give the old man a peanut!) BUT for Stagecoach the "66B" remains a closely guarded secret. Will anyone ever know? Does the Stagecoach management realise how difficult it all is? Do they care? fbb expects these journeys to disappear at the first re-organisation.

And another secret. What is this blue dotted line on the Abbotswood site plan? 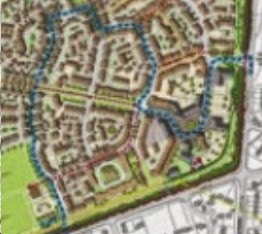 Well, the bit at the bottom left is labelled "bus only road" on some maps. Is the cunning plan to route all versions of the 66 via the estate as soon as all the roads are available?

Until then, let's hope potential passengers can unravel the various mysteries. It's tough travelling by bus.

Since preparing the above blog, Stagecoach have had another attempt at a map. The pretty colours help (a bit!) but the "green" route is still unexplained on the timetable. 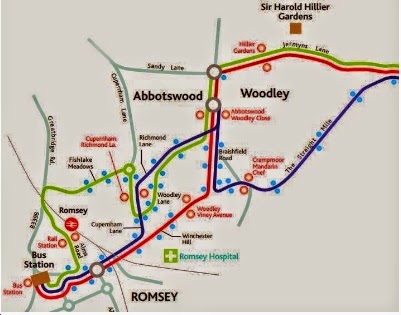 It would be much easier if they used different route numbers. Oddly, however, they've used the same colours as fbb; great minds think alike?


Next bus blog : Thursday 30th October
Posted by fatbusbloke at 02:00