Another Nail in the Coffin? 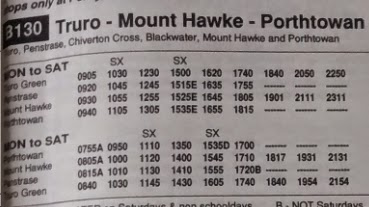 Back in year 2000, Table B130 in the Great Britain Bus Timetable showed a rarity. An independent bus company plying its trade embedded in Western National territory. The operator of route 304 from Truro to Porthtowan was then, and is still now, Hopleys Coaches. 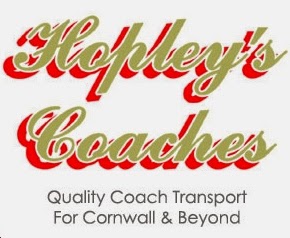 Based in an anonymous depot down an unsigned lane just outside the village of Mount Hawke ... 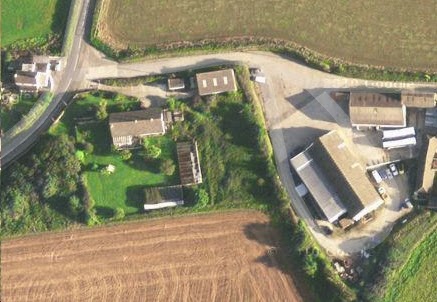 ... the company has been around for some time. 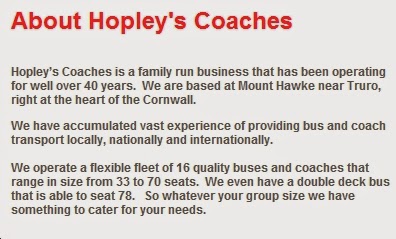 ... and whenever fbb has seen the service 304, it is always well loaded with a loyal local clientele. 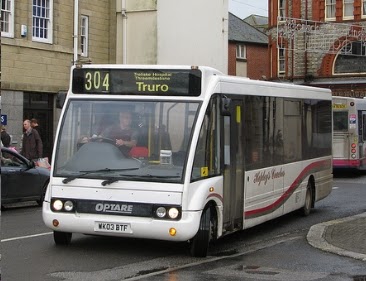 The timetable has improved over the years ... 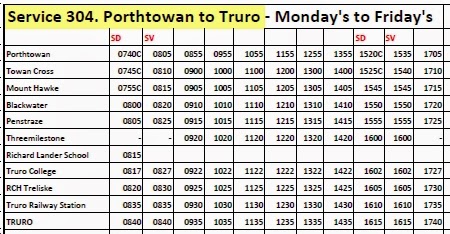 ... between St Agnes and Redruth. 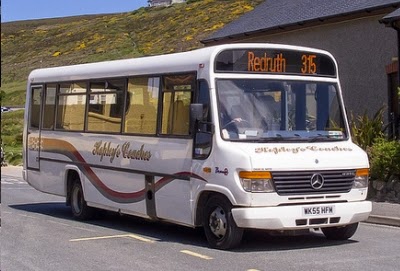 Although Hopley's web site remains "schtum" about it, Hopleys start a third service on Monday (27th October). On Mondays to Fridays (but NOT Saturdays) they will operate 5 (6 on non schooldays) journeys in direct competition with Western Greyhound between St Agnes and Truro. 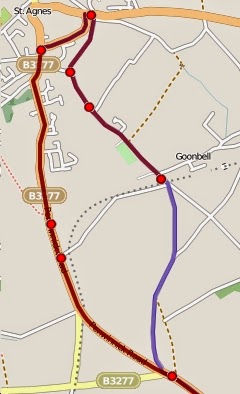 ... out via Goonbell and back via Presingoll Barns (as was). Needless to say, Traveline does not attempt to show the loop correctly; implying that you can travel FROM Presingoll Barns (which it calls "Goonbell" which is absolutely isn't) but not TO.

In view of the troubles that currently beset Western Greyhound, with rumours of takeover as rife as they could be, fbb sees this as a testing of the water by Hopleys. The company is putting its foot in the St Agnes to Truro door, ready perhaps, for greater things should WG's decline continue. 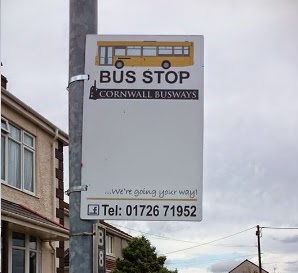 Meanwhile, newcomer Cornwall Busways continues to nibble away at WG's supremacy in the St Austell area. Traveline gives timetable for a route to Bugle & Roche (30), and a route to Par (31). The Earlier route 29 from St Austell to Bodmin was cancelled. Apart from a Facebook page, fbb can find little other information.

Opinion on-line is divided as to whether this new operator has a long-term future; time will tell, as usual. 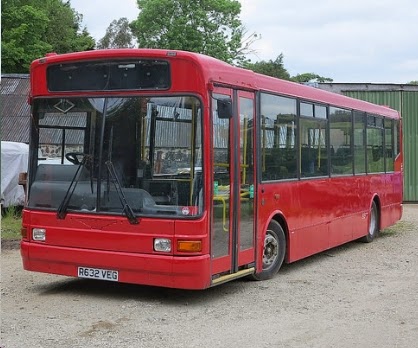 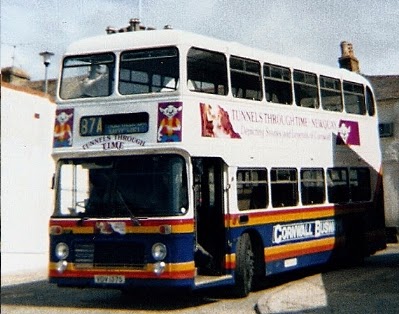 Whatever the background, these are tough times for WG boss Mark Howarth. 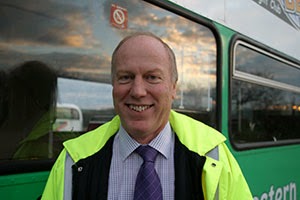 Thus wrote Charles Dickens (Tale of Two Cities). He could have been writing about Western Greyhound!

Next bus blog : Saturday 24th October
Posted by fatbusbloke at 02:00