Crossrail will be part of Transport for London's [TfL] empire, NOT part of National Rail. Confusing isn't it? And which is the official logo?


Crossrail starts on 31st May 2015. It doesn't have any trains yet, the tunnels are not finished, neither are the stations; but the first Crossrail trains will run from that date. How come?


Transport for London (TfL) has announced its intention to award the contract to operate Crossrail services to MTR Corporation (Crossrail) Limited. The £1.4 billion contract will be for eight years with an option to extend to ten years. MTR Corporation Limited is a company listed on the Hong Kong Exchange and Hang Seng Index. MTR runs the Hong Kong metro system, and is also a major property developer and landlord in Hong Kong. It also invests in railways in different parts in the world, and has obtained contracts to operate rapid-transit systems in Stockholm, Beijing, Shenzhen, Hangzhou, and Melbourne as well as London..

For those who have escaped the TfL press releases, TV programmes and huge holes in central London ... 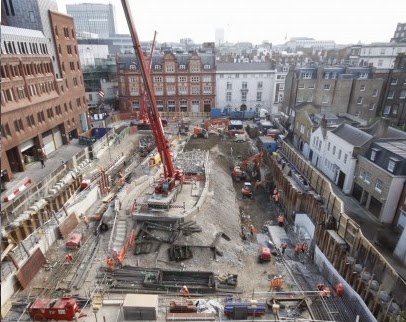 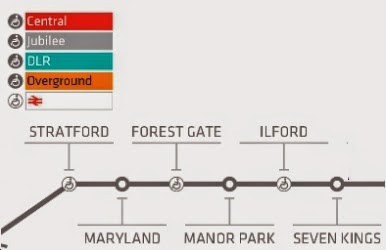 ... in the east. So it is that, from May next year, MTR will take over the "metro" service from Shenfield to Liverpool Street ... 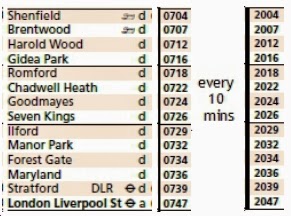 When MTR takes over the Liverpool Street to Shenfield services all stations along that route will for the first time be staffed from first to last train. The trains and stations will all be cleaned and refreshed. Disabled people needing assistance will be able to turn up and go, with no need to pre-book assistance, as staff will be fully trained and equipped to assist customers at all stations, as is already the case on London Underground and London Overground services.

In effect it will become a London Overground service that isn't. Confusing isn't it?

It was pre World War 2 that the Great Eastern Railway began the task of electrifying its lines east from Liverpool Street. Work stopped "for the duration" in 1940. Sparks flew from 1949 when the line was electrified at 1500 volts DC, the same as the Manchester Sheffield Wath (via Woodhead Tunnel) scheme. 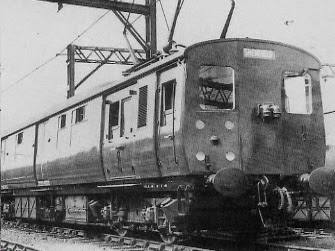 The 1950s decision to standardise in 25,000 volts AC meant a change of electrical system for the line, but clearances were tight so 6,250 volts AC was used instead. Later, the lads in white coats decided that the higher power would work without setting fire to East London and everything was upgraded to big electricity.

Boris's 2026 map shows Crossrail as a shadowy blue/grey line and makes no mention of the impending temporary takeover of existing services from Shenfield into Liverpool Street. But it does show another little oddity. Overground will run the Romford to Upminster line. 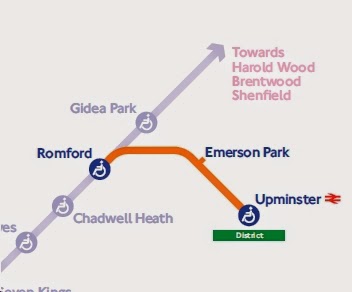 This has a smattering of logic about it as it links The Underground District Line with Crossrail and brings it all under the control of TfL. Historically the line was a branch of the London Tilbury and Southend Railway from Upminster to a separate terminus station at Romford. 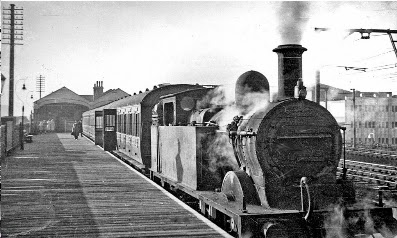 The area round Romford station is all buses only, and Google Streetview does not venture into such dangerous and threatening places, but this aerial shot shows the former LTS terminus platform upper right ... 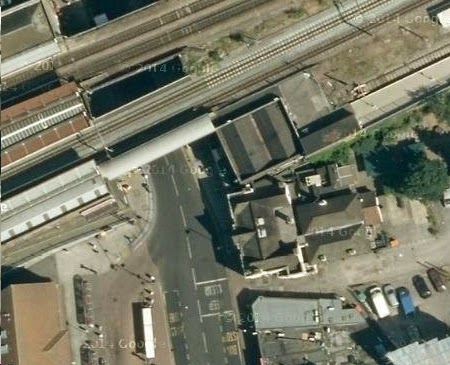 ... and the footbridge across South Street ... 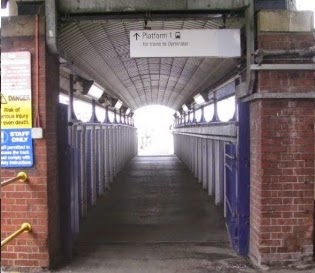 ... which, way back when, was only opened when a branch train was due. Those who change to the branch will probably never be aware of the historic separation of the two Romford stations. The LTS street-level building is now a bar. 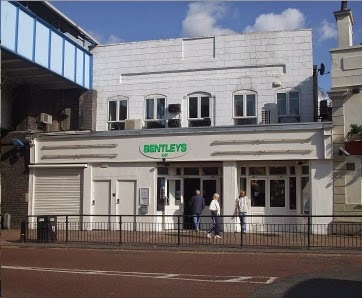 At Upminster the line uses lonely and "basic" platform 6. 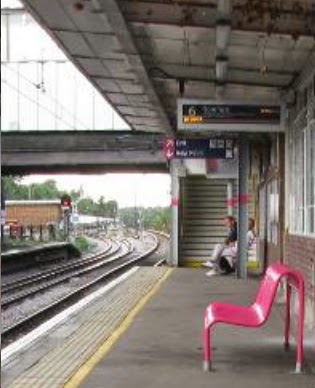 The historic picture below shows the diesel train for Romford alongside District Line Q stock on the Underground service. 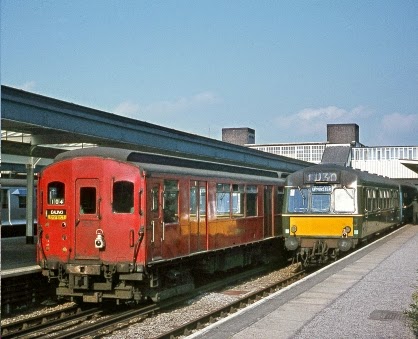 The branch is now electrified and is operated by a four-car unit which, off-peak, offers plenty of space for the relatively few passengers. 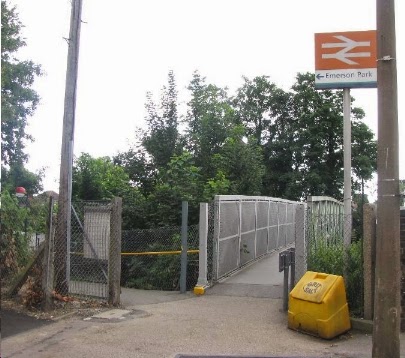 The intermediate stop, Emerson Park (formerly with "Halt" added) is open and unstaffed. The entrance is basic and station facilities consist of a large shelter. 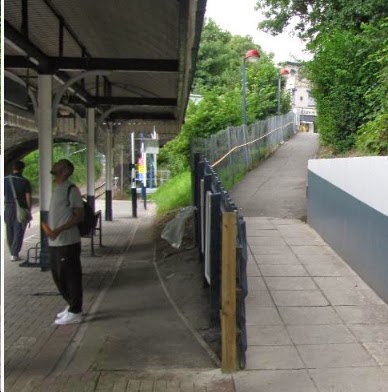 We  have been promised that ALL Overground stations will be staffed from first to last trains. Will backwater Emerson Park be the exception?

But, beware, you will need all your powers of concentration to understand the branch timetable. 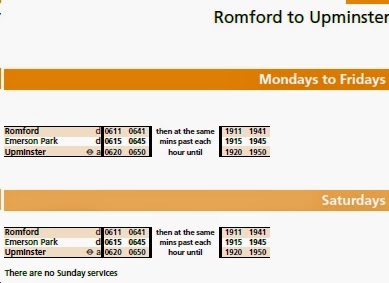 Boris has ordered one of his new trains for the line. 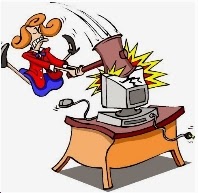 Some comment writers have expressed concern that the email link to "a person well known to fbb" has been, to use a technical term, busted. Indeed it has! According to "Technical Support" (i.e. No. 3 son, complete with binder twine and sellotape) all is now well ... 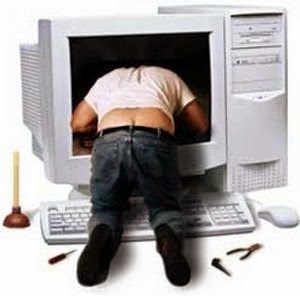 ... but emails sent during the malfunction will have evaporated into the ether, never to be seen again.

If it was important, please re-send.