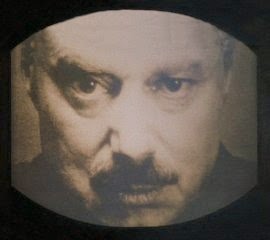 Big Brother is watching you

From George Orwell's satire "1984" newspeak is thus explained. Newspeak : The official language of Oceania. Newspeak is "politically correct" speech taken to its maximum extent. Newspeak is based on standard English, but all words describing "unorthodox" political ideas have been removed. In addition, there was an attempt to remove the overall number of words in general, to limit the range of ideas that could be expressed.

Recently the "Ministry of Truth" department of Notwork Rail has come up with an amazing revelation.

This is Northampton Castle Station as known and loved by your seasoned and elderly blogger in his childhood; as visited in the company of his maiden aunt "to look at the trains". 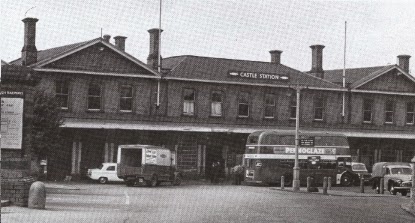 By comparison with today, it had "step free access" to the main London-bound platform and a footbridge to the down lines. For those unable to manage the footbridge, a "porter" (remember them?) would accompany the passenger on the staff walkway at track level. At peak times a door from the footbridge ... 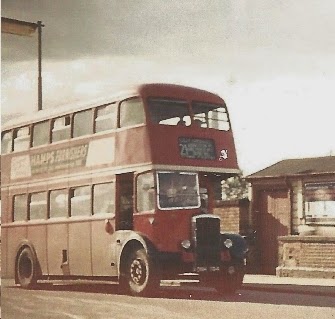 ... would be opened to speed the exit and give access direct to the bus stops.

Then came electrification. Northampton had a brand new station made of cardboard and string but still with step free access to platform 1. Further developments were to include lifts for the footbridge which had, later in its life, gained a roof. 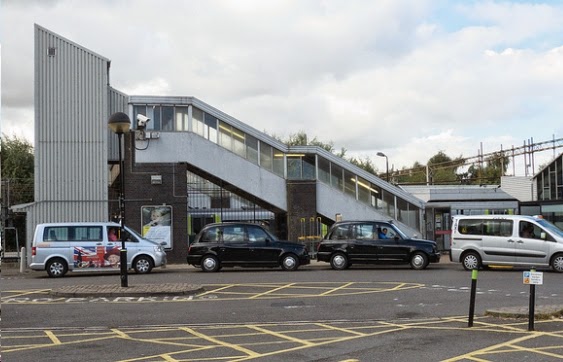 The on-line guide to the station illustrates these facilities precisely ... 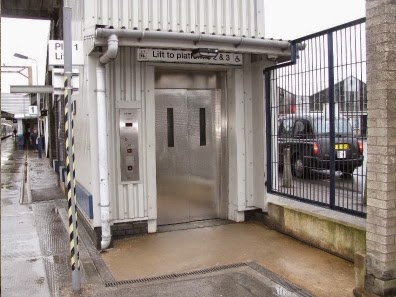 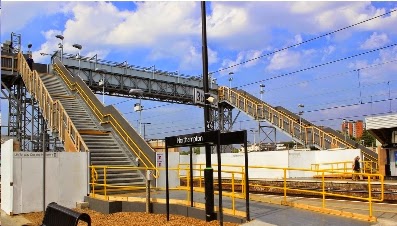 Because the electric string was strung higher here (lower at the other end to squeeze under the road bridge) this temporary facility was much taller and appeared much steeper. It has never been shown on the official station map.

Then Northamptonians were promised a spangly new shiny station (previously blogged by fbb). It was due to open "at the end of Summer" whenever that might be. At the moment, like Ethelred, it looks decidedly unready!

But the peasants are revolting. Here is the entrance to the new station. 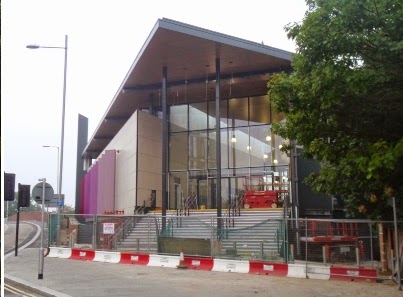 All iconic, archtecturally stunning and a credit to the town? And here we see the step free access  for those with limited mobility and heavy luggage. 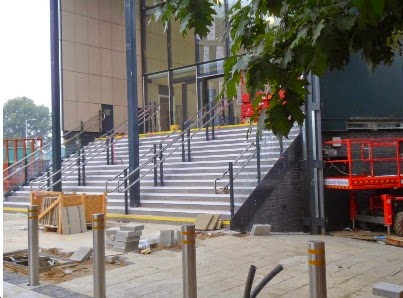 Oh deary me, there isn't any! Yes, the main entrance to the super-smashing new Northampton Station is most definitely NOT step free. And there are even more steps inside to get up to mezzanine and footbridge level. 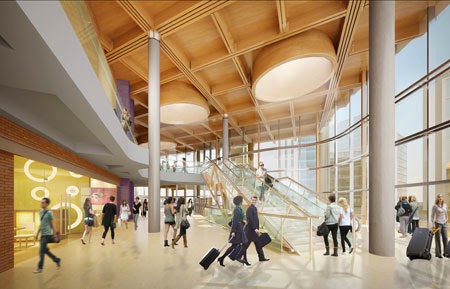 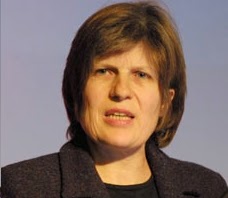 Mrs Keeble called on the company to improve the access at from the main entrance on Black Lion Hill. She said: "There's a staircase that will be hard for people with limited mobility or heavy suitcases to manage. This is an important and valuable development for Northampton, and it?s essential that the public can get proper access to the new station."

Enter Notwork Rail's Ministry of Truth (Minitrue in Newspeak) with this response. fbb has slightly paraphrased for necessary comedic effect.

This fine imposing main entrance on the main road, presenting a dramatic improvement in the station's image (etc. etc. blah blah) may look like the main entrance ... but it isn't. 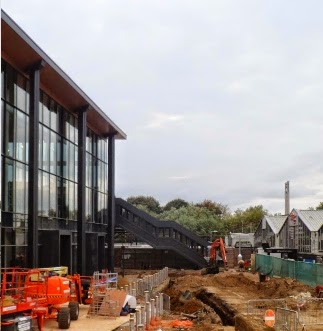 The main entrance, the front entrance, is round the back.

Yes indeed. That's it. Those two imposing doorways are, according to Minitrue, the main entrance to Northampton's new super-station. And inside the main back entrance will be even more steps. Hold fast there, there will be a lift.

A lift? Imagine the scene, a busy train arrives at the station from London, several groups of people encumbered with luggage, mobility scooters, push-chaired children and large straw donkeys from continental holidays are wearily tryng to escape. Meanwhile a another collection of crocks is attempting to take the one lift up to the station area, possibly a second lift ride up to the footbridge and a third lift down to platform 1. And they are hurrying to catch the London train. A step up (ha ha, snivelling weep) from walking straight on to the platform. 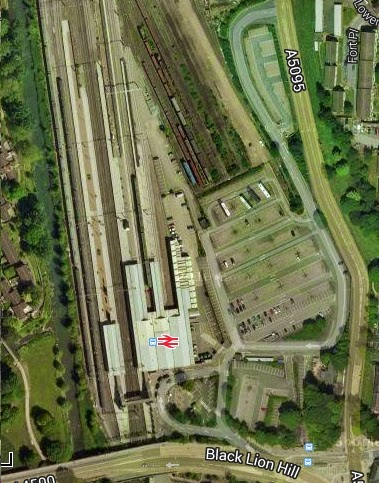 The picture above shows the St Andrews Road (A5095) access to the back door, i.e. main entrance. The new station building is not shown above, but the step-ful entrance is near the "B" of "Black Lion". The former station access (above "Lion") is now  permanently closed off.

Drive all the way round? Like that's going to happen, eh?

Minitrue at work. In the film of "1984", Minitrue announced that the chocorat (ration of chocolate for the common man) would remain at 25 grams per week for another year. Although the previous year's ration had been 30 grams, all past references to such an amount had been altered in the records. How prophetic Orwell was. Every room had a "Telescreen", a sort of two-way TV which could broadcast propaganda and watch what you were doing. Today we call it Google.


Next bus blog : Thursday 18th September
Posted by fatbusbloke at 02:00