It was in October 2012 that a lorry (not Daves's) crashed on the Pont Mathilde in Rouen. The consequences were explosive.
The lorry contained "hydrocarbons", i.e.stuff that would burn; and it did; furiously and at a high temperature. Thus it was the the Pont Mathilde, a main route from through traffic, was, to use a technical civil engineering term, busted. 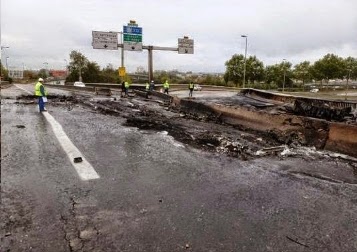 The main girders were twisted by the heat ... 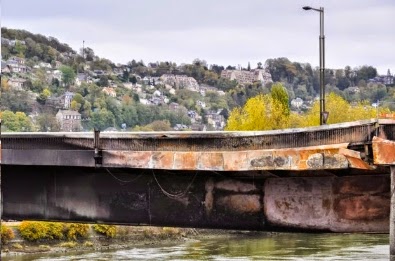 ... and lorries parked under the bridge on the quayside didn't fare too well either. 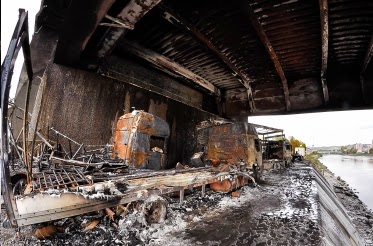 The road was closed and the whole deck section of the bridge removed ...
... and subsequently repaired and replaced. No city public transport services used the bridge (below, bottom right) ... 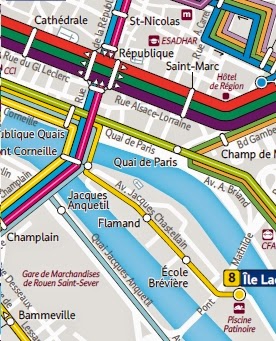 ... but the disruption to traffic within the central area was significant. The bridge was opened on 26th August with a shiny renovated section glued back in place. 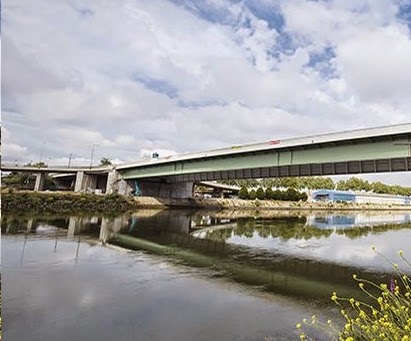 There was a typically French knees-up complete with a parade of classic cars, a folk band and a man blowing giant bubbles.
Ooh là là! Vive le différence! Zut alors!

But, on the slender excuse that the bridge was re-opening and traffic would return to normal in the city, Astuce (local municipal bus operator) have launched the "F" routes. 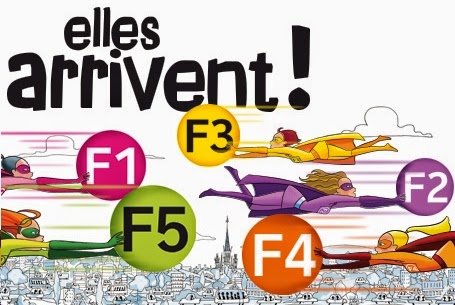 It's another rebranding exercise! 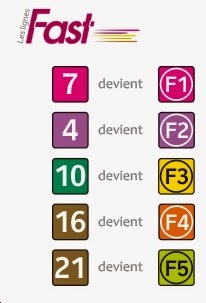 And the revised five are called ...

Thw Académie Française has tirelessly (and fruitlessly) campaigned to prevent the spread of English and/or American words into the language. The French for "hovercraft" is "l'aéroglisseur" (literally "air-slider") but most "personnes" will call it l'hovercraft. So a trendy up-graded bus service in Rouen is called "Fast".

It has branded shelters ... 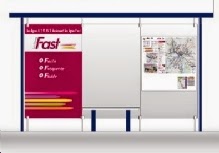 So what do the Rouennais get for their high local taxes. 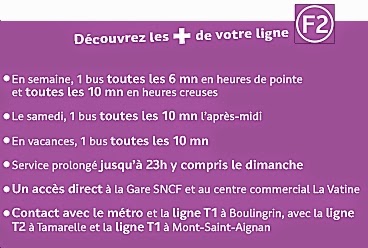 Improved frequencies, later buses seven days a week and, in the case of F2, improved interchange with tram and metro. fbb does not know how dramatic these improvements might be, but all five routes claim a better service.

The routes are shown in a distinctive way on the city-wide map. 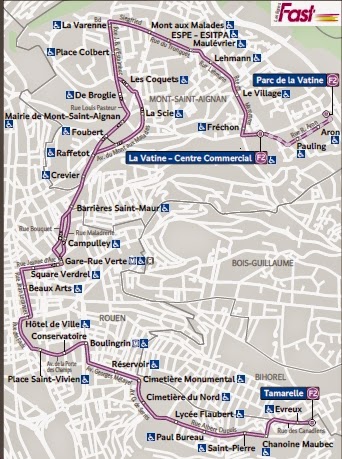 Now in case you are confused, what are those "T" routes that sound like trams but aren't trams.

When first introduced, 'Visée' was claimed to be the first technology to use Artificial Vision in passenger transport. It works by a forward looking video camera detecting the correct path by 'seeing' the contrast between a 'virtual rail' comprising of twin white dashed lines and the darker road surface on which they are painted (typically normal white traffic paint is used), with the image being analysed by a computer to determine the vehicle's position relative to its expected path and then adjusting the steering as required. 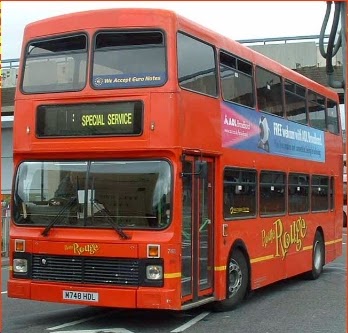 The bus survived into the most recent Vectis/Buses of Somerset twin greens ... 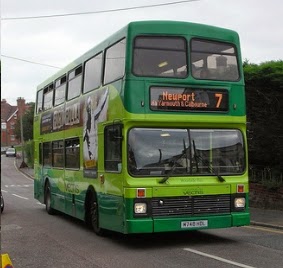 ... but has ended its days with fellow GoAhead company Damory. 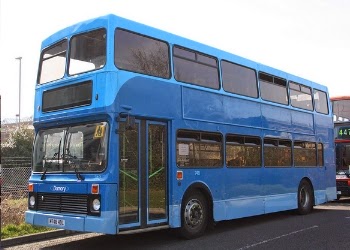 The Route Rouge brand was short-lived.