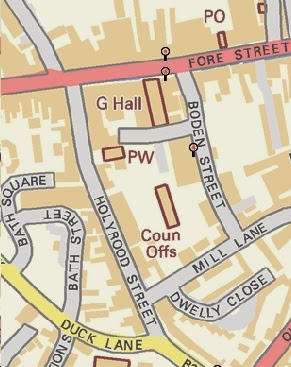 Local folklore claims that the town has a very unusual and unique feature; a stream running along the northern side of Fore Street ... 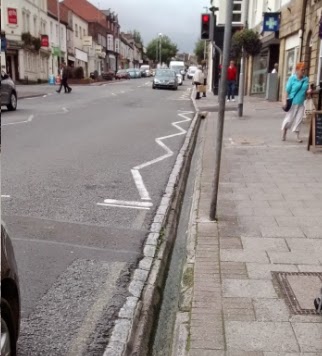 ... eventually flows into the Bristol Channel; and the other, on the southern side ... 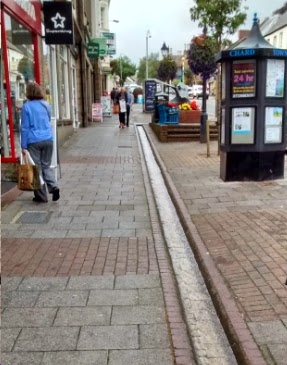 Folklore, maybe. But it is possible. There is a north facing watercourse ... 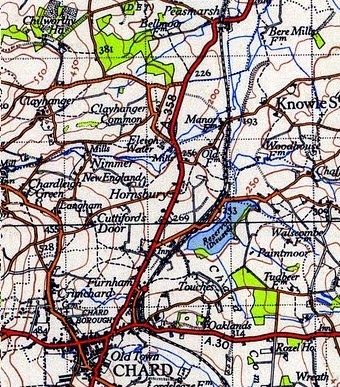 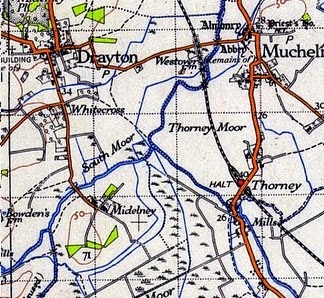 ... the River Parrett (near Thorney) which, as we all know, is being dredged personally by David Cameron on his weekends off. 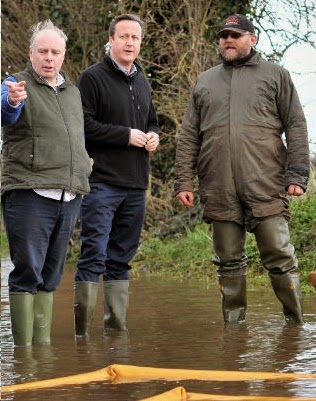 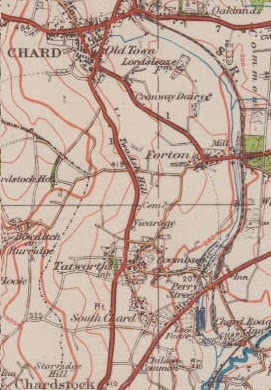 ... joins the embryo River Axe near the site of Chard Junction - so there might be a grain of truth in the folklore. And the Axe joins the sea about 150 metres from the front door of fbb mansions in Seaton.

Chard is also the home of Henry ... 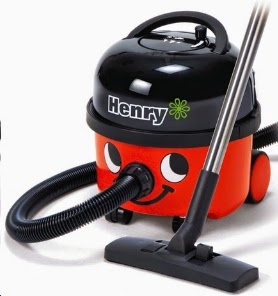 ... still manufactured in Chard, not China!

And we all know that Chard is the "Home of Powered Flight". Wright Brothers, eat your hearts out. Of this little known transport fact, more later.

Cullompton is in Devon, a county which makes a reasonable effort at supporting public transport. Chard is in Somerset, which, by comparison ... doesn't.

Well, make your own minds up. 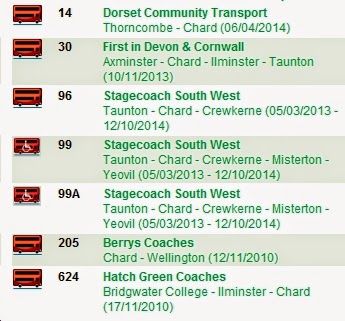 Seven services looks better than Cullompton's three. But 96, 205 and 624 are all school services. 99 and 99A jointly provide an hourly service between Taunton, Chard and Yeovil. 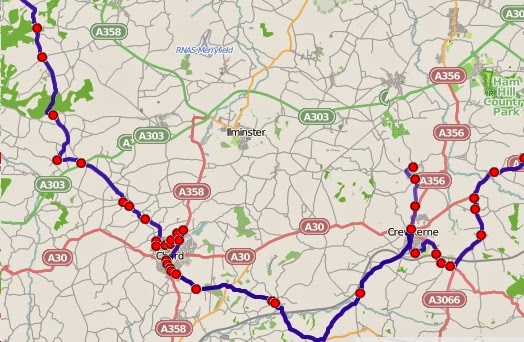 Between Chard and Crewkerne the 99 dips south via Forton, Winsham and Clapton. 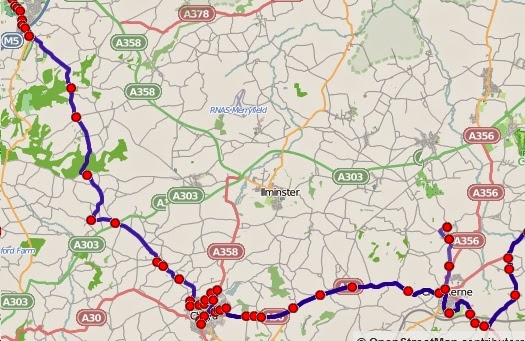 ... and nips straight along the A30. Both then continue to Yeovil. 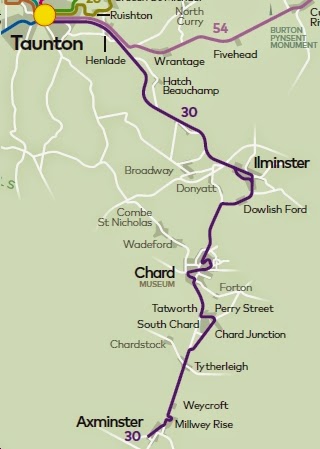 The 30 and the 99s wiggle round some of Chard's housing estates as there is no town service as such.

The 14 will feature fully in the next episode, so must remain under wraps a while.

Armed with the basic information, the fbb's embarked on a little outing (by car; shame on them!) from Seaton, Devon to Chard, Someret. Whilst Mrs fbb enjoyed the varied retail experience, fbb would explore the available information for the potential bus passenger.

As we shall see, Chard must be one of the worst places that fbb has ever visited with the aim of seeking bus information.

Surely not, we hear you cry?

Well, make your own minds up, starting tomorrow.

In case you are geographically higgerant, here is a map showing where Chard is. Sort of north-ish from Seaton. 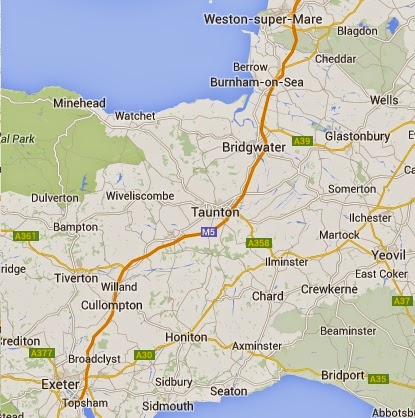 Note for Literature fans. East Coker just below Yeovil is the title of one of poet T.S. Eliot's "Four Quartets". The other three are Burnt Norton (located near the village of Aston Subedge in Gloucestershire), Little Gidding (near Sawtry in what was once Huntingdonshire) and the Dry Salvages (pronounced to rhyme with "wages"; a small group of rocks, with a beacon, off the north east coast of Cape Ann, Massachusetts.) 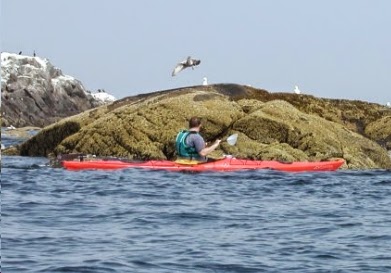 The line up of the new image at 1620 on Saturday last, 6th September; Taunton bus station.