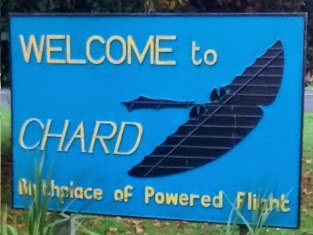 Not only the home of Henry the vacuum cleaner, Chard makes the outrageous claim to be the place were the first ever powered heavier than air machine actually flew. But surely, the Wright brothers ...? 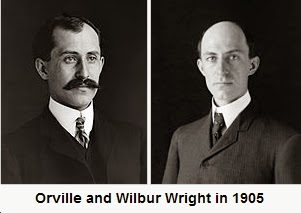 From 1905 to 1907, the brothers developed their flying machine into the first practical fixed-wing aircraft. Although not the first to build and fly experimental aircraft, the Wright brothers were the first to invent aircraft controls that made fixed-wing powered flight possible. The brothers' fundamental breakthrough was their invention of three-axis control, which enabled the pilot to steer the aircraft effectively and to maintain its equilibrium. 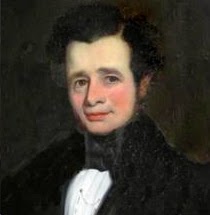 John Stringfellow became interested in the idea of flight and, along with another famous (?) Chardian, William Henson, designed a 20 ft wingspan monoplane ...

... to be powered by one of John Stringfellow’s steam engines. It was built but never flew. In June 1848, just months after Henson had emigrated, Stringfellow successfully flew his later and smaller model inside a long room in a disused lace mill in Chard. 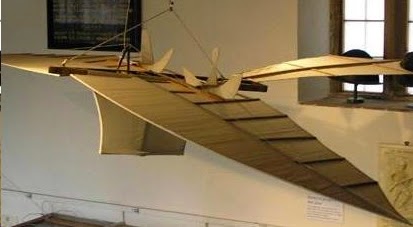 When he died in 1883 he left a modest summing up of his work in these words, "Somebody must do better than I before we succeed with aerial navigation."

A steam powered plane could never have been a practical possibility and, as we know, Orville and Wilbur cracked numerous problems of aeronautics and propulsion to be the first to create a flyable, controllable plane that could carry a human being.

The Museum in Chard gives much more information and is well worth a visit, possibly as light relief in the tortuous search for bus times and infrastructure. The Museum web site is (here).

Clive, frequent blog commentator, correspondent and throughly good egg is in the throes of downsizing and has generously sent fbb some old timetables of areas where the chubby blogger has a current and particular interest. One such booklet is this ... 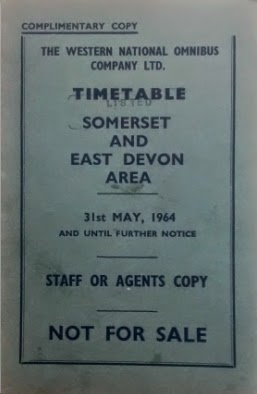 It does not give the whole story for Chard, or Seaton for that matter, because both communities lay on the boundaries of Western and Southern National and, for Seaton, the addition of Devon general. But it does contain the predecessor of Buses of Somerset service 30 between Taunton and Axminster via Chard. 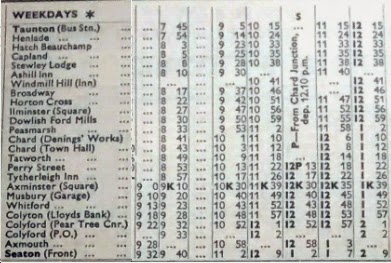 Bear in mind that the link between Axminster and Seaton is now provided by Axe Valley Travel, it is interesting to compare running times. In 1964 Taunton to Axminster was a journey of 1 hour 20 or 1 hour 24 minutes; whereas today, by running non stop along the much faster A358 between Thornfalcon and Ilminster; by ignoring Hatch Beauchamp, Capland, Stewley Lodge (all on the old road alignment) ... 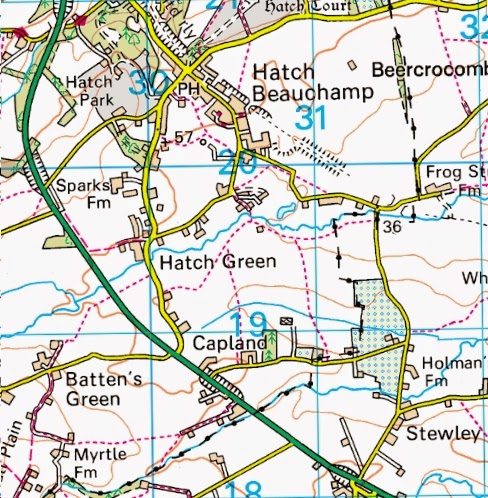 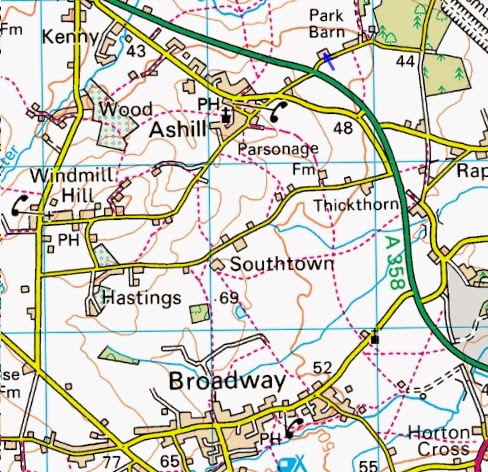 ... and using more powerful buses that are easier to drive, the journey takes 1 hour 23 minutes! The timetable was almost unchanged six years later in 1970 but with buses showing times for Axminster Station in part compensation for the loss of the Seaton branch railway in 1968.

Chard has changed, too. 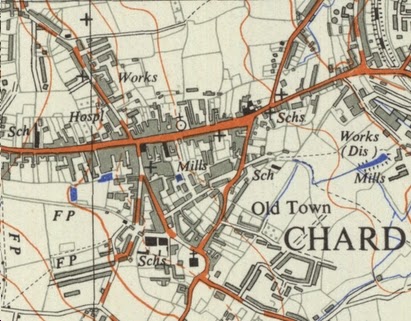 The approach from the North-west benefits from a new road and the closure to through traffic via Combe Road (past "works", upper left). Here is Stagecoach 99 coming down the replacement Helliers Road. 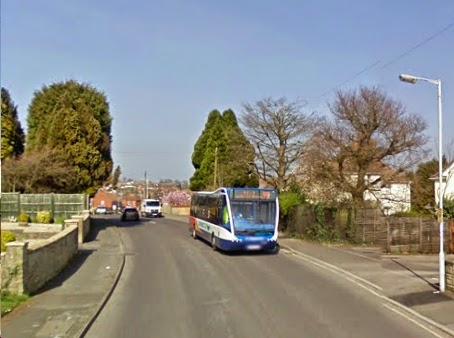 Approaching from the south the original Holyrood Street (past "Schs" above) is "by-passed" by ...

... the intriguingly named Duck Lane (and leading into) Crowshute Link as shown (ahead) in a current snap above. The former main road and route for buses to Boden Street is to the right.

The busy A358 still struggles through Old Town but has a happier wiggle ...

... avoiding the narrow Silver Street and giving access to Millfields Industrial area and a simple traffic light controlled crossroads at the foot of Fore Street.

Whether these "improvements" have helped public transport is a matter for debate, but today's road layout looks very different from that of the pre WW2 town centre. 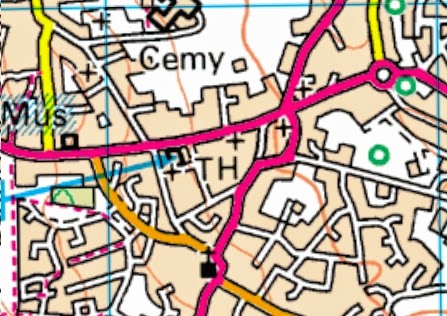 Back in 1965 the 213 ran via Holyrood Street in both directions, stopping (as now) outside the Guildhall (Town Hall in the timetable) ... 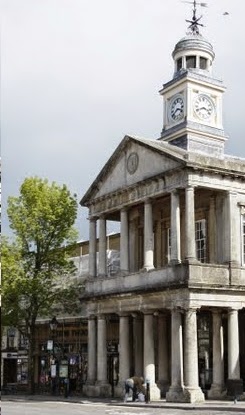 ... towards Axminster & Seaton and, towards Taunton, outside the Cerdic Cinema ... 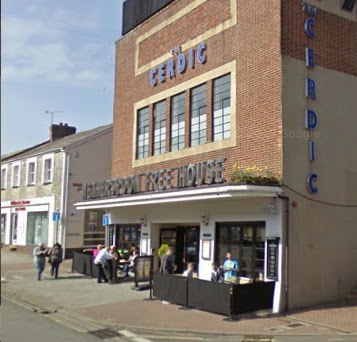 ... at the lower end of Fore Street and now, inevitably perhaps, a Wetherspoons "pub and diner".

The Cerdic Cinema opened on 14th June 1937 with Shirley Temple in “Dimples”. 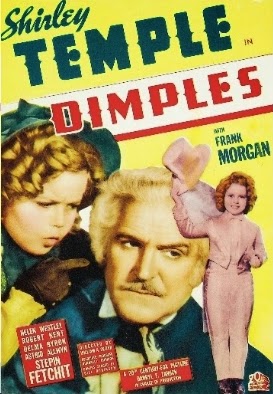 It was built for the independent circuit Wessex Kinema Company Ltd and was the second of three cinemas designed for the company by architect Edward G. de Wilde Holding. The first being the Devonia Cinema, Honiton, Devon and the third, which is still operating as a cinema, is the Wellesley Cinema, Wellington, Somerset. All three were almost identical. 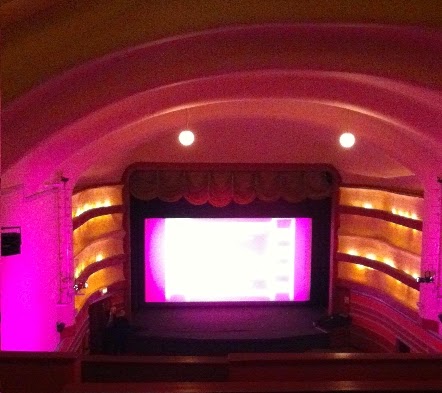 Seating was provided for 470 in stalls and circle and a feature of the Cerdic (like its sister cinemas) was the stepped ceiling in the auditorium which had troughs that contained concealed lighting.

Regular fbb blog readers will doubtless remember that it was a bus on Service 213 that a youthful pre-fbb snapped with his box brownie in about 1955. But if memories are as unreliable as fbb's own, here it is again. 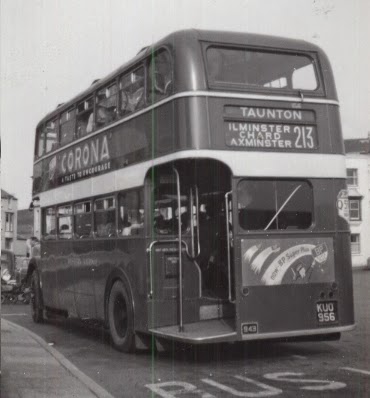 The bus to Axminster still leaves from the same stop.

The only other significant Western National route service Chard in 1964 was the 224 and 265 combo from Taunton via Staple Fitzpayne and Buckland St Mary. Stagecoach 99/99A offers similar links today, every hour. 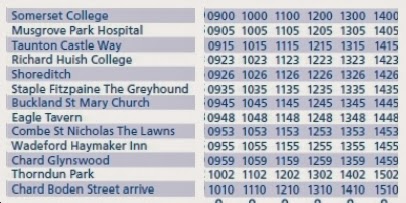 In 1964, through workings were sparse in the extreme with weekday departures from Taunton at:-

There were short workings between Taunton and Buckland St Mary, Taunton and Staple Fitzpayne, and between Combe St Nicholas and Chard; so not so bad locally.

Maybe the good old days weren't as good as we like to think?

Next bus blog : Saturday 12th September
Posted by fatbusbloke at 02:00