The Adventures of Rupert Bear [1]

Wrong. Not Bear but Street 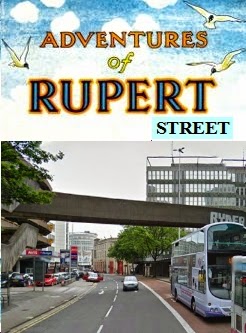 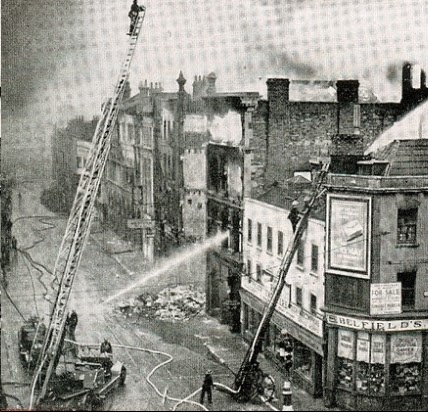 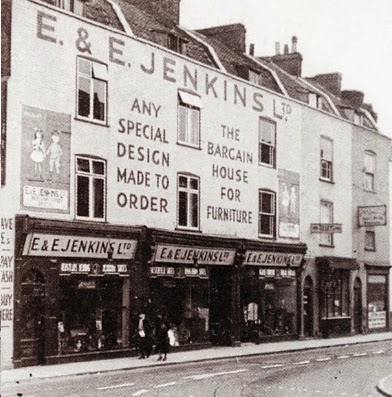 ... with shiny modern concrete buildings. This area was known as Broadmead. In the 1930s the first sections of an "Inner Circuit Road" were created. The blue line on this 1930s map extract shows the ultimate extent of the change ... 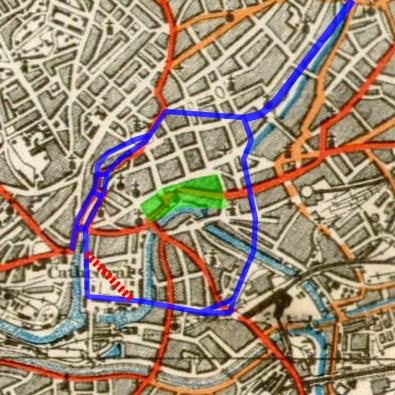 ... and the later addition of a link to the M32, top right. In 1936/7 an act of disgraceful urban vandalism created a brand new route through the beautiful Queen Square. Magnificent houses were demolished at the south eastern and north western corners and a main road slashed through the central gardens (dotted red line). 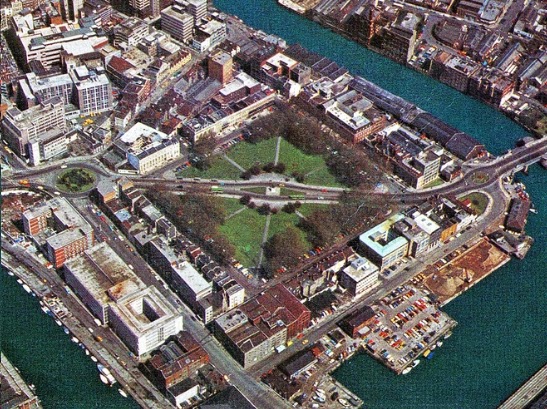 Wiser counsel eventually held sway and in 2000 traffic was diverted outside the square and the gardens restored. 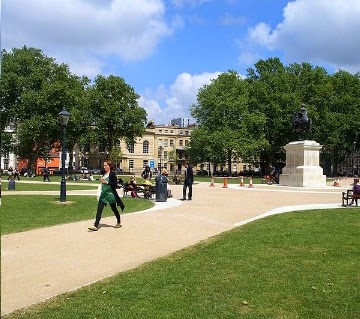 Much of the post-war architecture was "brutalist late 50s early 60s" and has become tired and dilapidated. One of the modernist-turned-ugly features was a high level walkway and foot bridges crossing Rupert Street and Nelson Street. 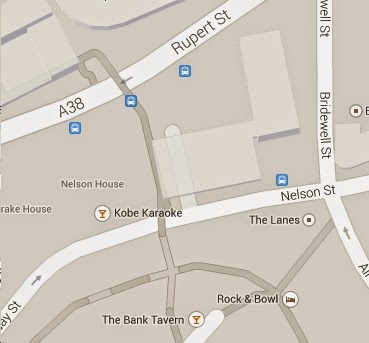 In the 1960s and 1970s there were grandiose plans to separate pedestrians from traffic using high-level concrete walkways or decks. The vehicles would have the ground level, while pedestrians would move around central Bristol on ‘walkways in the skies’. At the middle of this system would be a huge plaza, up in the air above the (ex Tramway) Centre ... 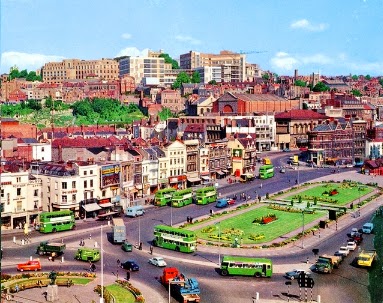 ... from the end of Baldwin Street almost as far as Colston Hall. It was, at the time, considered a bold and modern vision. A furious public campaign against it at the time and the financial crises of the early 1970s killed the idea off completely.

It is this somewhat horrifying headline that caught fbb's eye as he perused a selection of First Bus news items.

Local bus operator First West of England is advising bus users who are planning to travel into and around central Bristol this weekend (27/28 September) to allow extra time for important journeys. The advice comes as First considers the impact of a weekend road closure on its services. 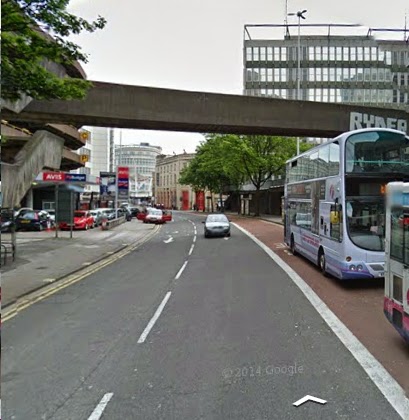 From 9.30pm on Friday 26 September until 6.30am on Monday 29th September, part of Rupert Street in Central Bristol will be closed (between Bridewell Street and Christmas Street). This is due to the demolition of a concrete walkway connecting the buildings on either side of the road, which is being done as part of planned redevelopment work.

The development is substantial and will fill much of the area between Rupert Street and Nelson Street. 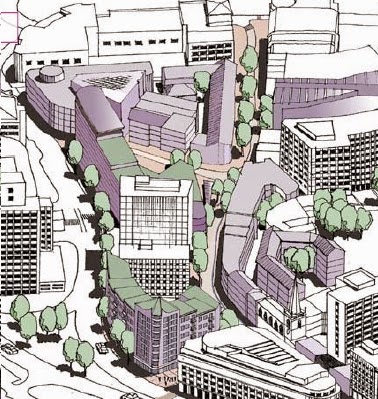 In the indicative sketch above, Rupert Street is on the left; the bridge has been removed and is replaced with a pedestrian crossing and central reservation. A rebuild is long overdue and the whole area, including the distinctive NCP car park ... 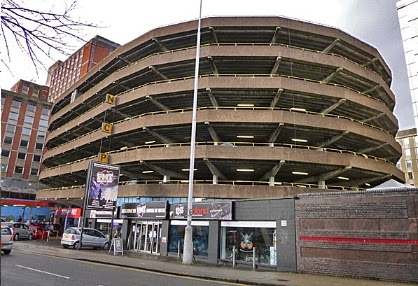 ... opposite the development area, have been described as "an architectural disaster".

Rupert Street is a significant and busy "bus" road southbound; Nelson Street is ditto northbound; which is why First Bus has issued its warning of doom and potential disaster.

Poor old Western Greyhound [WG], once an example of all that is superb about independent bus operation, has been going through tough times. First Bus seems to be flexing its newly toned muscles for a contretemps with its hitherto peaceful neighbour.

In September First's "traditional" route between Truro and Newquay gained an increased frrquency from hourly to half-hourly. Now comes another onslaught from 2nd November. There will be additional peak hour trips on the 89/90 route.

First has also announced a third route between the two towns, this time via Perranporth; very much WG territory. WG numbers all its routes in a 500 series. 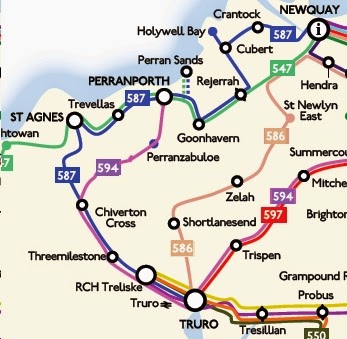 
First is introducing a second route between Newquay and Truro via Perranporth hourly, combining with its current route to give a First Kernow bus every 20 minutes between the two major towns.

... and goes on to deliver a double whammy:-

Additionally, it is introducing a Newquay to St Austell service, a corridor it has served historically, but which has not seen a First service for several years. 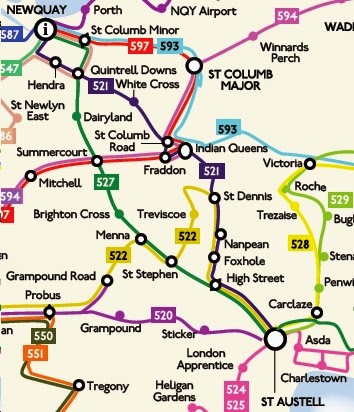