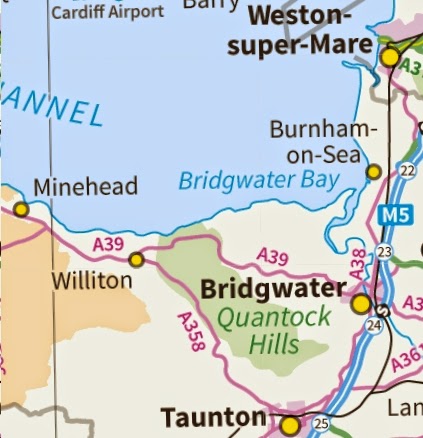 It is Saturday (6th September) and Mrs fbb is catching the 0630 train from Axminster to attend a prayer and bible study day in Wimbledon. How will fbb fill his wifeless day? Answer; with a bus tour of plenty of Somerset, starting from Taunton at 0755.

The plan was to travel from Taunton to Bridgwater; Bridgwater to Burnham-on-Sea, Burnham to Weston Super Mud, Weston back to Bridgwater by a different route, Bridgwater to Watchet (near Williton but not shown on the map above), Watchet to Minehead, and Minehead back to Taunton. Then back to Axminster to meet the spouse at 1905. Travel between Axminster and Taunton was to be by car due to time constraints.

Why, you may ask?

fbb is not familiar with this part of the UK, having visited Weston and Minehead briefly on a family holiday some 20 years ago; so three purposes motivated the chubby one.

1. See more of the county that you do when you drive
2. Observe competition between Buses of Somerset and Webber Bus
3. See how well buses are publicised

Buses of Somerset [BoS] service 21 covers the first three stages of the expedition. 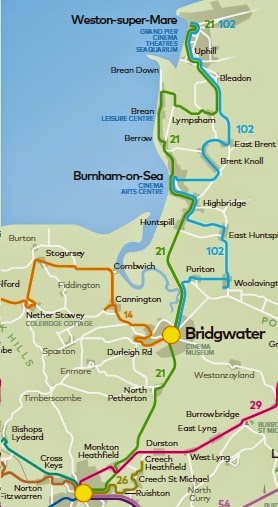 Recent developments have seen the 21 running every 15 minutes from Musgarve Park Hospital (Taunton) to Bridgwater, continuing every 30 minuted to Weston. 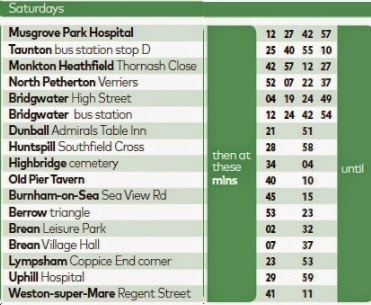 Webberbus competes throughout the route, but NOT as one through service.

Or with one route number; thus confusing fbb. 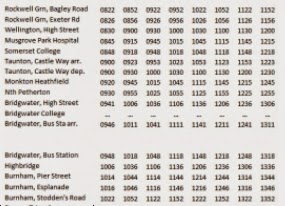 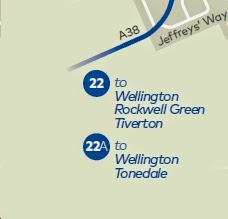 ... and the Hospital to Taunton as service 15, then on to Bridgwater where Webberbus' 15 pumpkin turns into 75 and thus on to Burnham-on-Sea. Note that Webberbus' on line timetable is very small, is not a PDF so doesn't enlarge and is thus difficult to read (and reproduce for this blog!)

Arrival at Burnham Pier Street is at 14 and 44 minutes past each hour; where (to quote Webbers) there is a connection between 75 and  service 76 to Weston. 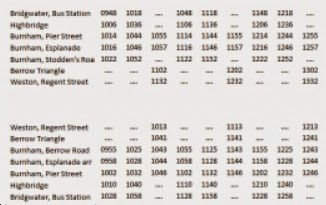 ... and there is an 11 minute wait northbound and 12 minute wait southbound. Hardly a slick connection! Webberbus can't manage any maps so we have to turn to Traveline. 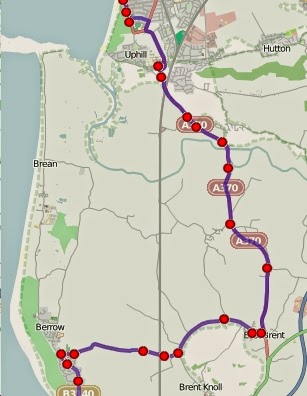 The 76 turns inland at Berrow and follows the "white and blue" roads on the BoS map via East Brent. The buses show "Fast via East Brent" on the screens ...

... and have a journey time of 37 minutes, whereas BoS takes approx 20 minutes more.

So; BoS and Webberbus, contrast and compare.

Overall BoS has a simpler, more frequent service.
BoS has clearer on-line information; timetables you can actually read!
Neither company published detailed fare tables
The perception is that Webberbus is cheaper
Webberbus vehicles are newer
When the buses are in BoS green they look better
When in First livery they look awful 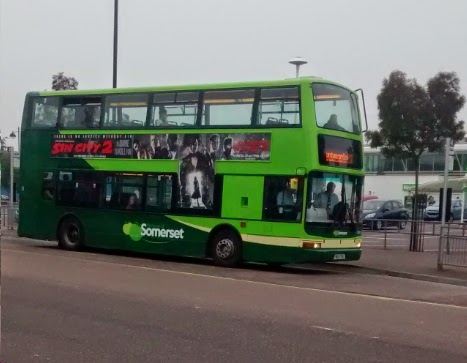 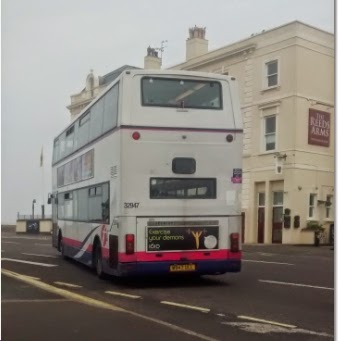 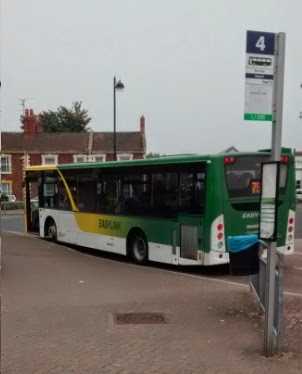 But, as always, livery is a very subjective matter.

Who is winning the war? There will still plenty of visitors around on 6th September and most of them were travelling with OAP passes. Indeed there were very few cash customers; fbb estimates that, on most of the journeys he used, less than 10% of his fellow travellers paid with real money. The exception will be dealt with in a later blog.

Overall. though, both operators appeared to be carrying "average" loads, certainly not (highly?) profitable, with First doing better between Taunton and Bridgwater.

Both operators currently have a ludicrously cheap weekly fare.

Webberbus
We’re cutting the price of our Jackdaw ticket!
From the 18th August, this ticket will cost £15
on all of our services anywhere.
Travel all week on all services for just £15 !

But the variety and complexity of Webber's fare "offers" is bewildering, as well as being named after birds!

Jacldaw, Magpie, Parrot, Starling, Flock, Swift; plus Early Riser, Kids4aquid, College, Avon Rider and Weston Rider are all listed on their web site; mostly with no actual prices. BoS "offer" fares are more transparent with the actual prices shown and much easier to understand.

But, of course, this simplicity falls apart when BoS impinges on its former bedfellows at Weston super Mare and Bridgwater. There are Weston area tickets which are, presumably, valid locally on BoS. 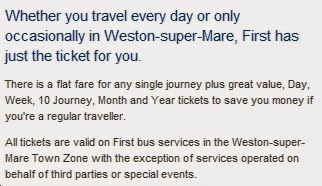 Or are they? Then First Bus operates the 375 and  X75 between Bridgwater and Wells, shown on the BoS map display at Bridgwater bus station but NOT in the BoS timetable. There is a joint local fare ... 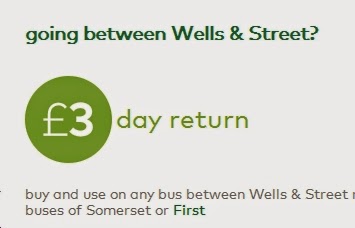 But your weekly ticket on the 375/X75 is presumably properly priced ... 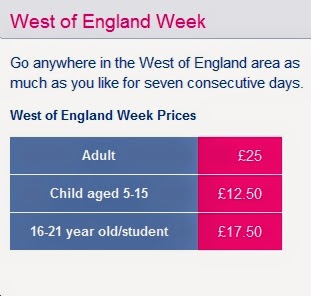 ... rather than heavily double (treble) discounted. The only ticket that admits to being valid throughout "Wessex" and (Buses of) "Somerset" is the day rover. 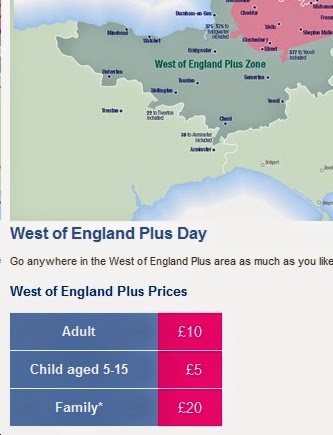 ... or as one green-liveried bus announced, "brought to you by First", but, at the fringes, it becomes confusing and complicated.

For the record, fbb rode BoS double deck from Taunton to Bridgwater; then, after a "comfort" break, Webberbus to Burnham-on-Sea; thence 76 "fast" to Weston. The plan was then to catch the 21 back "slow" via Burnham to Bridgwater before striking out west towards Minehead.

It didn't quite work out that way as we will see in due course.


Next GCSE blog : Tuesday 23rd September
Posted by fatbusbloke at 02:00