Surely it makes sense to do it the other way? Choose the map colours to match the branding.

Not for First Aberdeen. It has allocated its latest batch of new Streetlites to two routes, 3 and 23. 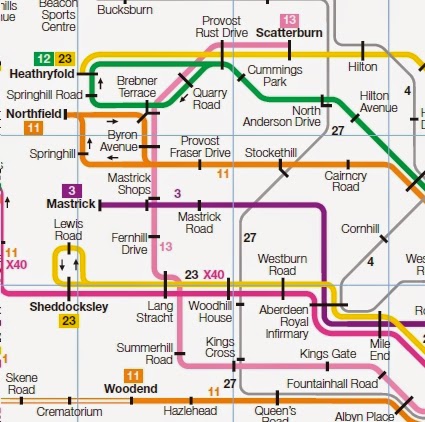 The 3 to Matsrick is a purply colour on the current map, so the bus route is named "Thistle". 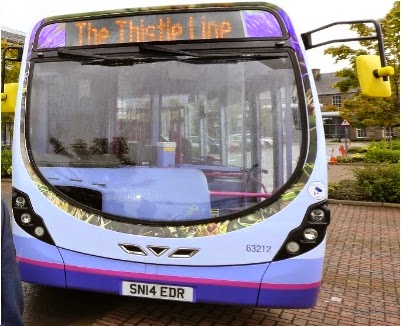 ... Sunshine Line! The two brands were launched together with appropriate flora. 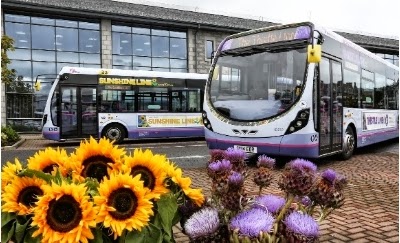 Why not Sunflower Line? fbb is looking at his map extract. Theres 12, the Nettle Line; and 11, the Butterscotch Line; 13 the Winestain Line and that leaves X40 which has to be the Heliotrope Line; the world desperately needs a Heliotrope Line. And there's more map colours to come. What fun.

But in the deep south of Wales things have become a little confusing of late. 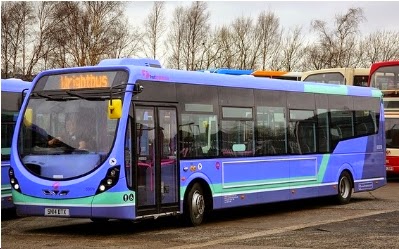 Pictures of this pallid paint scheme appeared on-line for delivery to First Cymru but never made it into service. Then whatever happened to ... 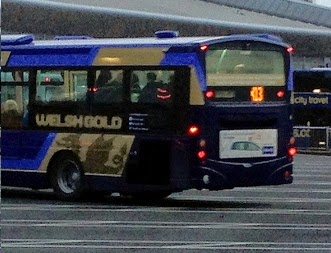 Incomprehensible and nearly illegible Welsh on one side ... 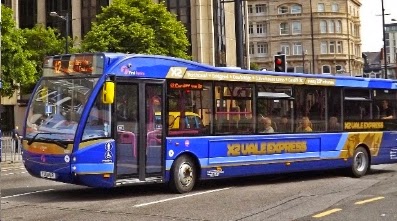 ... which always seemed easier to read in English on the other side.


But then someone at Swansea had a jackpot idea. "Let's create a brand for the whole of South Wales, a brand which will set the tone for a flash new look for a whole bunch of limited stop services."

Welsh Gold? No. Vale Clipper? No. Fflach glas brenhinol? No. "And we'll call them Cymru Clipper in Welglish," on one side ... 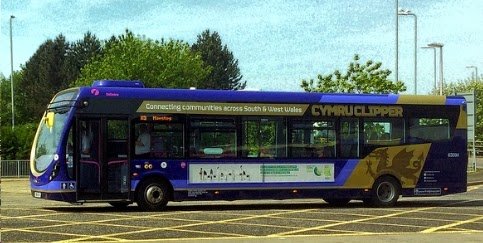 "... or Clipiwr Cymru in all Welsh on the other. 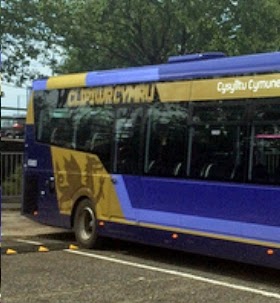 Clipiwr? Hang on a bit? When fbb was nobbut a lad (1970s and 80s actually) lots of Croswille Cymru buses  used a Clipper sort of brand or route name. But they spelled it ... 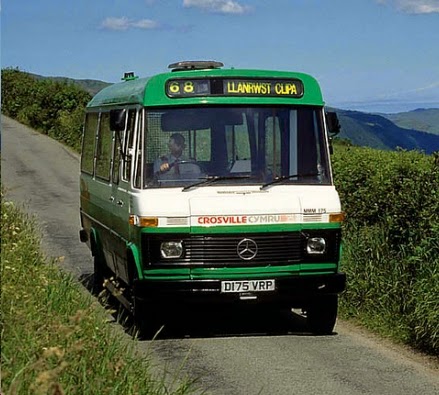 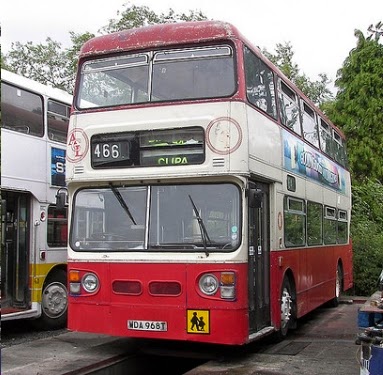 ... although the jocular on-line caption for this one suggested it might be going to Cuba!


Meanwhile, back at the ranch in Swansea, First have just created two new X routes. The new X7 (unbranded as Clipiwr on the leaflet) ... 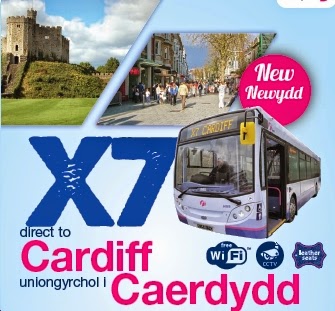 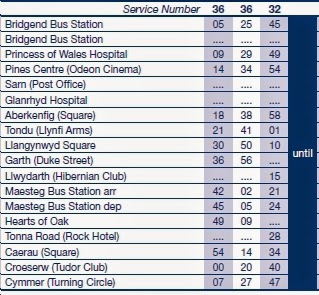 ... by extending it to Cardiff and making it limited stop in the Bridgend area. 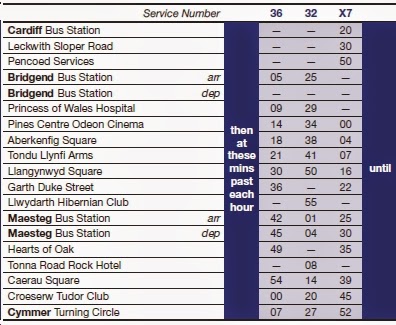 The other new X appears to be brand new service ... 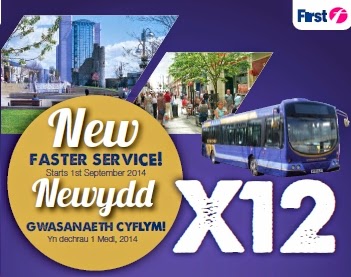 ... Clipiwr branded between Swansea and Carmarthen. 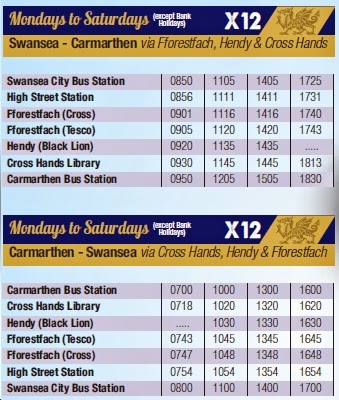 Of course it isn't totally new, it's a sort-of speeded-up version of an ancient service seen here in the 1995 Great Britain Bus Timetable when it was X11 and X30. 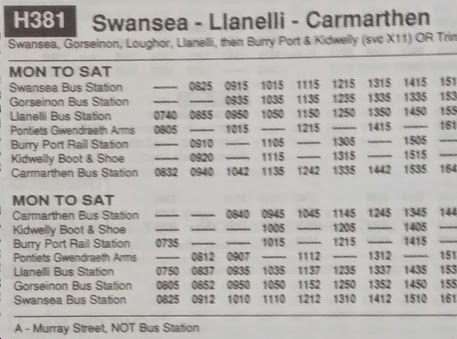 The X11 is now half hourly but (daftly?) shown as two connecting journeys. Of course it runs "through"! 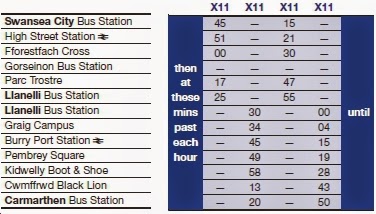 The X12 doesn't call at Llanelli etc and saves 35 minutes on the end to end running time. But in the same edition of GBBTT we have service 100/302. This took only 45 minutes for three out of the four trips! 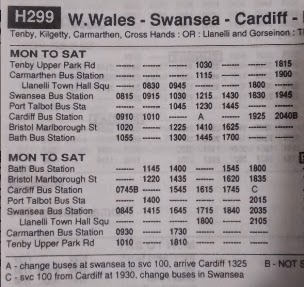 So not entirely new.

Hopefully the company has now sorted itself out and the Clipiwr name (not Clipa) will be stable for a while. And those buses which remain unbranded blue will soon be properly labelled ... 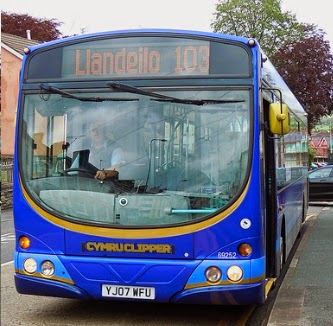 ... and kept on Clipper (Clipiwr) routes. In fact YJ07 WFU was once a Welsh Gold brand; and before that a lurid orange for Swansea Park and Ride. 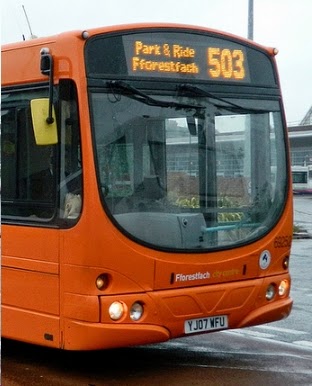 Ah; it was so much simpler when buses were all red or green.

Or blue, or yellow or brown. 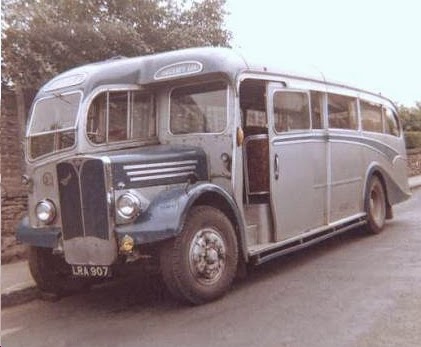 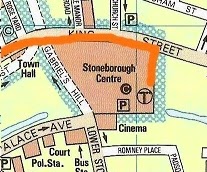 And, for the nostalgia freaks, fbb could not resist a picture of a Maidstone Corporation bus - painted brown. Thanks to oir Northampton correspondent for both "snippets". 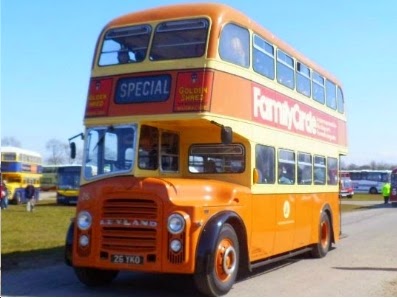