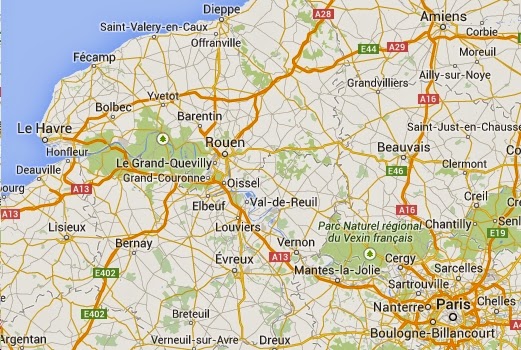 That's Rouen in France, east of Le Havre and northwest of Paris. So what do you do when you are driving a huge five axle articulated lorry and you are told that there is a weight restriction on the road you were hoping to use. 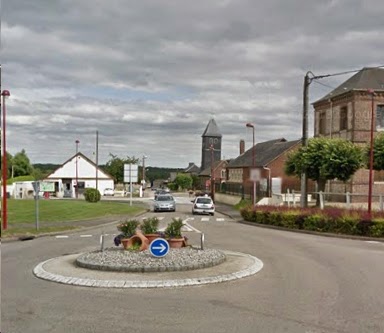 And the roundabout is too small to swing round.

Answer, you use the lavish bus turning circle the entrance to which is by the cars up ahead! 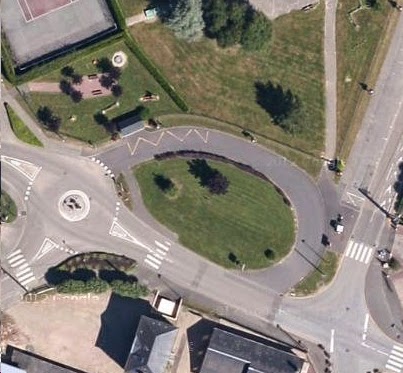 Then, in tease or challenge mode, you send fbb a picture ... 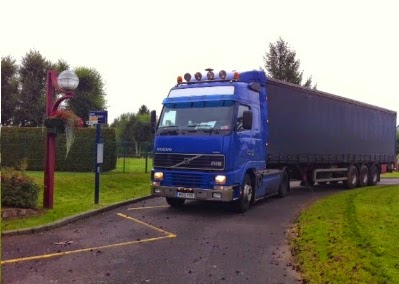 ... and one other clue. The bus stop. It has information about a "demand responsive" (i.e. pre-book) service ... 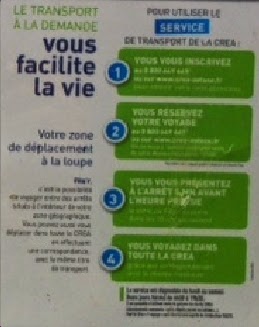 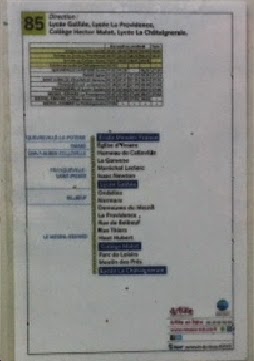 ... sadly not quite crisp enough to enlarge. So Dave's challenge is, "where am I, and what is the bus service?"

This blog would not exist without the internet. Often fbb complains against the quality and accuracy of on-line public transport infromation, but a challenge like this would be impossible to conquer without a confuser and the ability to search. It does take a bit of human brain as well; and a smattering of the appropriate foreign language. But finding bus service 85 in Rouen should be easy peasy lemon squeezy!

The brand is "Astuce". The french word can mean "a trick" but has a more positive implication, more along the lines of "skill", "competence" and "good management". The brand is for public transport (transports en commun) for the "crea". This is, effectively, the chosen name of the local authority, "Communauté de l'Agglomération Rouen Elbeuf Austreberthe"; or it was. The municipality is now rebranded as ...

So all we have to do is go to the Astuce web site; and here, fbb inadvertently made a booboo, because ... 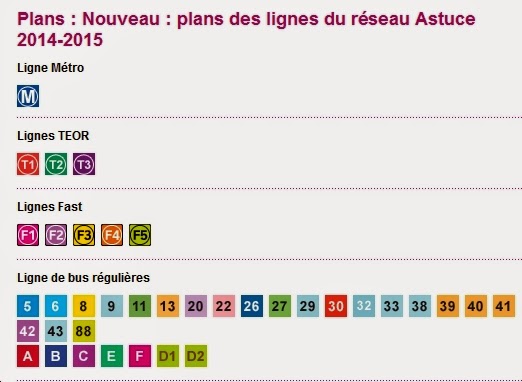 ... but there's no service 85. One possibility is that Astuce don't operate the 85; it may be a rural service under the auspices of the département. Alternatively, fbb has clicked erroneously. The latter is, of course, the answer - partly. Trying to be clever your chubby author has sought out a route map and the excellent area plan does not show a service 85. 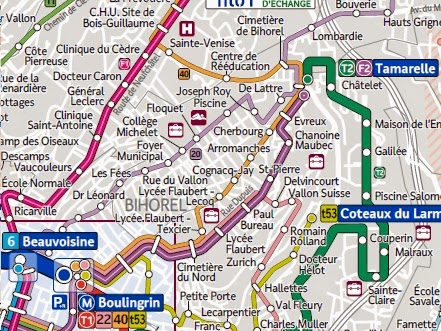 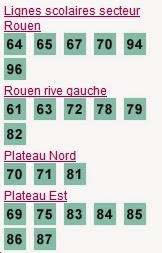 ... and a timetable that doesn't look anything like the one in the frame. 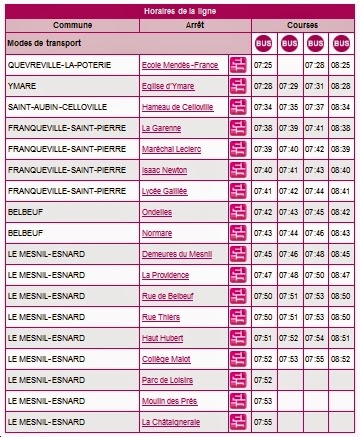 The same 85? Or a different 85? Does the heading help? "Lignes Scolaires"?

Aha! T'is a school service and we know (well, we might know) that in France, School services are kept well away from the general public, usually with separate maps and timetables. With that useful revelation, we go back to the maps section ... 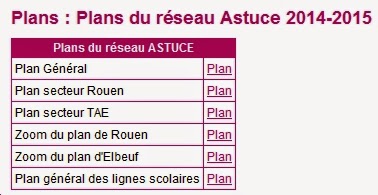 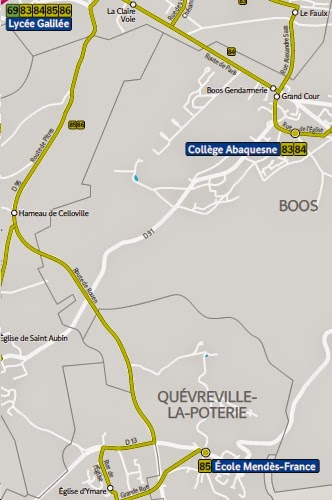 A few more hours (?) of diligent research and we have the on-line version of the route diagram ... 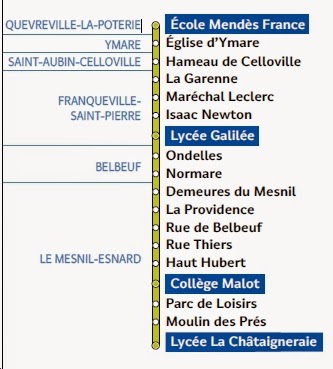 ... and the on-line version of the timetable in the frame at the stop. 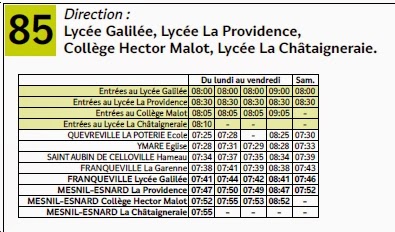 David's (illegal?) use of the bus turning circle was at Quéreville-la-Poterie, École Mendèz-France.

Pierre Mendès France (11 January 1907 to 18 October 1982) was a French politician who served as President of the Council of Ministers (equivalent to Prime Minister) in 1954-55. 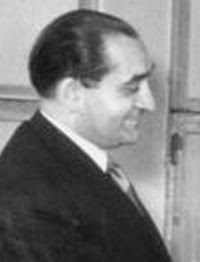 It was under the government of Mendès France that France withdrew its military forces from Vietnam in 1954. He is known for his unusual habit of drinking milk during speeches to the chamber during his Prime Ministership.

The Mendèz-France family was large and widespread. The school may be named after a son who was a noted mathematician.

But fbb has cracked it. Dave's challenge accepted and conquered. Thanks to the interwebnet, determined research and, at times, a few good guesses.

But what are those Astuce services with the prefix "F"?


Next bus blog : Sunday 14th September
Posted by fatbusbloke at 02:00