No printed timetables? Technology is our only Hope.

Remember, there are no direct trains via Gatwick; but there are two roundabout routes. 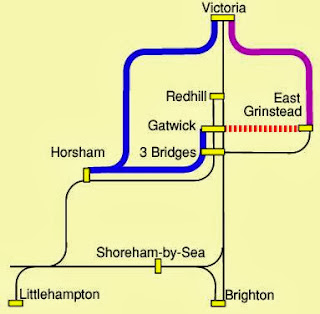 The red dotted line is a bus connection.


We started this expedition from Darkest Shoreham-by-Sea because No 3 son wondered whether he might attempt to go to work on 27th, 30th and 31st December. To match his "normal" schedule he would need to arrive in London Victoria at about 0830.

The 66 page timetable-bereft booklet tells us that his Main Line West service goes the "long way round" via Littlehampton and Horsham. 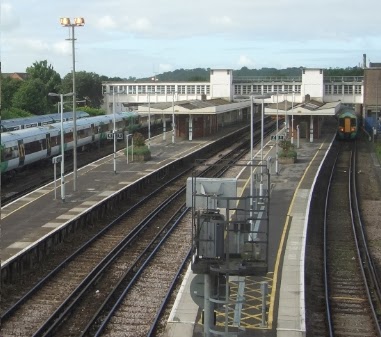 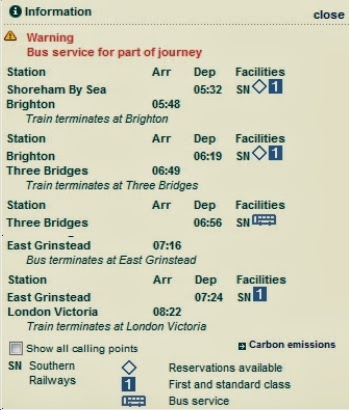 A two hour and 50 minute schedule for a journey that usually lasts one hour and 13 minutes.

This map shows the route. 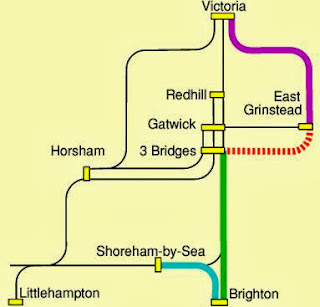 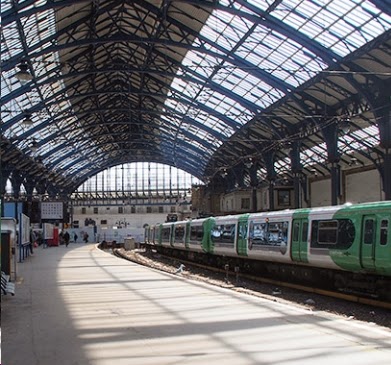 ... and a bus between Three Bridges and East Grinstead (even greater thrill)!

In fact this route is the only one available on Southern Railway's web site.

But surely there are other possibilities. You could go via Littlehampton and Horsham before changing at Three Bridges ... 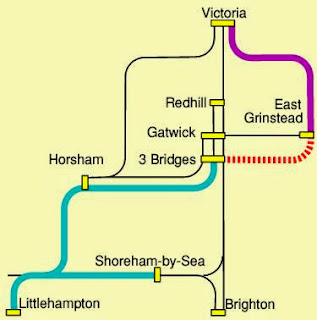 ... but this might be slower. Or faster. We simply cannot tell because Southern refuses to publish the timetables! 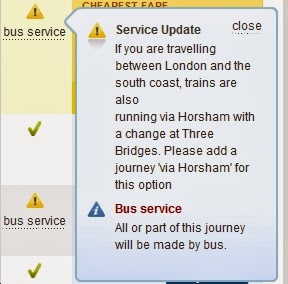 Now we are told that all journey planners should give the same answer, so fbb had a quick check on the National Rail site. And it gives a different option.

For the lad's potential early morning journey this option means he can leave later. 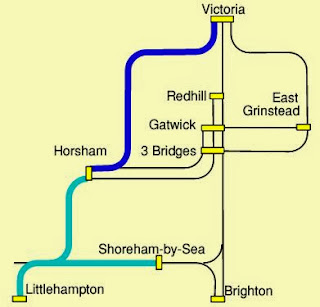 During the main part of the day journey times by the different routes are almost identical. But "via Horsham" opens up some oddities.

Single fares are shown as being more expensive on the via Horsham route (blue background) ... 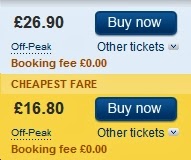 ... compared with via Brighton (yellow background). Network Rail also tells you you need to buy two tickets via Horsham ... 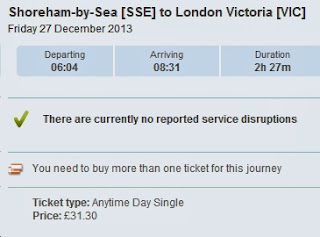 ... which is a nonsense if it's true and misleading if it isn't! In a farago of technological brainlessness, National Rail also tells us that there is no reported service disruption despite the fact that everything is disrupted. Southern's site wouldn't offer fbb any return fares via Horsham.

Conclusion 1 : There should be printed timetables

Conclusion 2 : There should be a separate leaflet for each group of services

Conclusion 3 : The journey planners need a kick up the electronic backside

Conclusion 4 : The fares information is crackpot!

Conclusion 5 : No 3 son will stay at home, sensible boy! 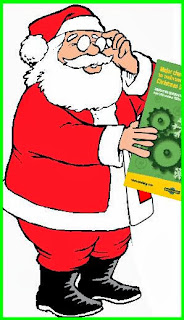 For cynics and non-believers, the Christmas of the Bible is full of coincidences. Often this negative opinion stems from ignorance and second-hand opinion. Some respected so-called pundits can be heard stating that "there is no evidence that Jesus ever existed". Oddly, no-on seems to want to say that Shakespeare never existed, or that Cleopatra never existed, or that King Arthur never existed.

The evidence for Jesus the human is far, far stronger than for all the others quoted above. 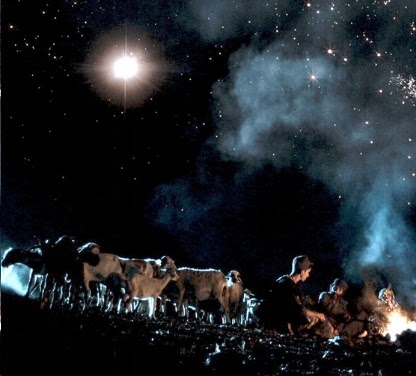 There can be no historical doubt that something weird happened on that hillside above Bethlehem (King David's birthplace, of course, as predicted!). The shepherds, not even on the bottom rung of the social ladder of the day, were scared witless. 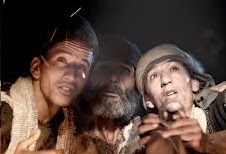 We can argue till the cows come home (till the sheep come home?) about what they saw [angels, heavenly hosts, sheet lightning, seafarers distress flares, fireworks (?) etc. etc.] but the message implanted on their coarse and humble brains was stunning. And it wasn't "Peace on Earth, Good Will to All Men." 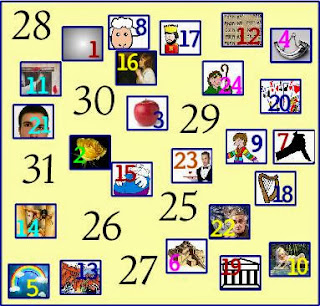 So these hard drinking, hard talking, hard nosed dregs of society went to see a baby! How daft can you get? Very daft ...

Unless, of course, it was true!

The Angel said, "This very day in David's town your Saviour was born; Christ (= Messiah) the Lord! And this is what will prove it to you: you will find a baby wrapped in cloths and lying in a manger." Suddenly a great army of heaven's angels appeared with the angel, singing praises to God: "Glory to God in the highest heaven, and peace on earth to those with whom God is pleased!"