But firstly, another First bus new bus launch; this time in Wales.


Bus users in and around Bridgend are getting an early Christmas gift from First this year: the company has bought 14 brand new, super low floor vehicles for use on Services 32 and 36 (Bridgend to Cymmer), the first of which was unveiled on Friday 20 December at Maesteg Bus Station. 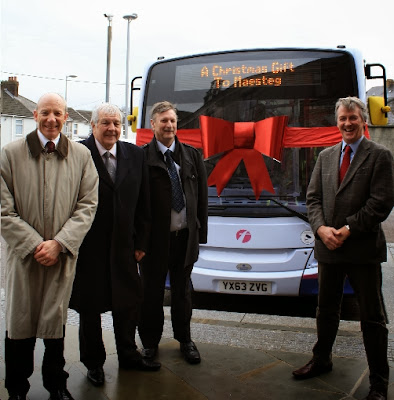 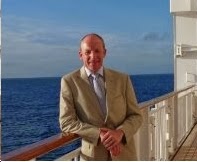 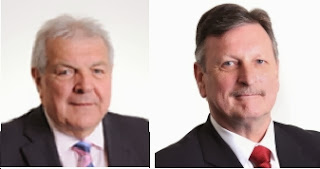 ... and representatives from Bus Users UK on board one of them to see all they have to offer.

Featuring leather seats as standard and coming ‘WiFi ready’ the buses are a notable improvement over the vehicles they are replacing. In the coming weeks the free onboard WiFi will be enabled to offer customers the chance to use it while they’re travelling.

The buses will provide a 20 minute Monday to Saturday service between Bridgend and Cymmer ... 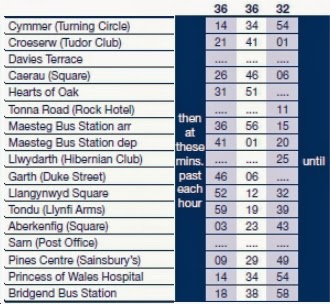 There is an hourly evening service and a cunningly hidden hourly Sunday service!

This is how the service is portrayed on First's web site:- 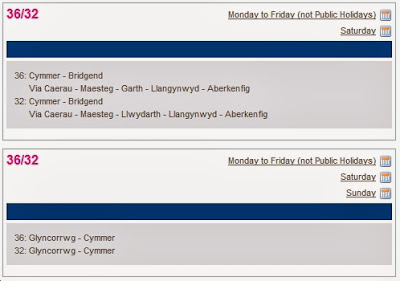 It shows no Sunday buses on the top panel. The lower panel is for Glyncorrwg shuttle journeys ... 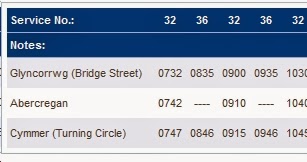 ... which, apparently do run on Sundays! Click on the Sunday button for the shuttle and you get the hourly service between Cymmer and Bridgend; clearly a cunning plan to discourage Sunday travel. Or just another First Bus web site bludner? 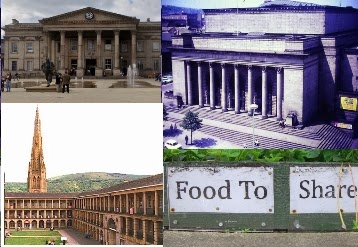 Needless to say our modern sanitised Christmas Card festive season has lost its way chronologically. So today we follow on from the shepherd's visit to the cattle shed with the next significant event.

Seven weeks after Jesus' birth, Joseph and Mary took Him to Jerusalem. As all Jewish families did, (it was required by Jewish law) they took their firstborn Son to the temple to present Him to the Lord and to offer a sacrifice.

There, they met an odd-ball called Simeon. He sort of lived at the temple because he was waiting for God's Messiah. Weirdly, as Mary and Joseph arrived, it was as if he recognised Jesus as a Divine gift from God. But it's what he said that was the shocker.

"With my own eyes I have seen your salvation, which you have prepared in the presence of all peoples: A light to reveal your will to the Gentiles and bring glory to your people Israel [1]. This child is chosen by God for the destruction and the salvation of many [2] in Israel. He will be a sign from God which many people will speak against [3] and so reveal their secret thoughts. And sorrow, like a sharp sword, will break your own heart.[4]"

[1] This messiah would be for the whole world, not just the Jews.

[2] He would bring both good news and bad news.

[3] He wouldn't be universally popular.

[4] He would break his mother's heart! 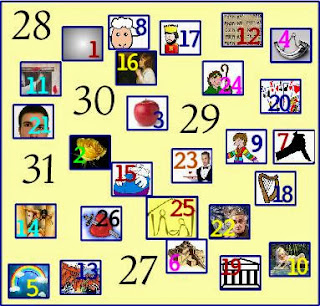 Next bus blog : Friday 27th December
Posted by fatbusbloke at 02:00