Go West Travel is, for strange historic reasons, a bus company operating about as far east in the UK as you could go. The company has a slightly better trading name, viz ...

Last week it was announced that the business had been bought by Stagecoach.

Stagecoach Group plc ("Stagecoach") is pleased to announce that Stagecoach Bus Holdings Ltd has completed the acquisition of Go West Travel Ltd, trading as Norfolk Green, an independent bus operator in the east of England.

Norfolk Green, which was last month named Independent Bus Operator of the Year ... 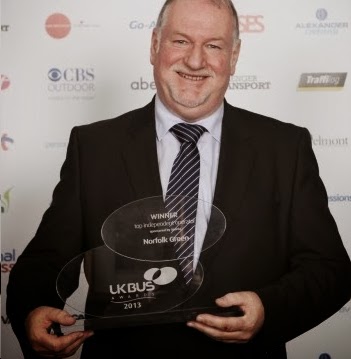 ... operates commercial, tendered and school bus services, employing more than 160 people. The company operates around 70 buses and carries around 4.6 million passengers a year on a network covering Norfolk, and parts of Cambridgeshire and Lincolnshire. 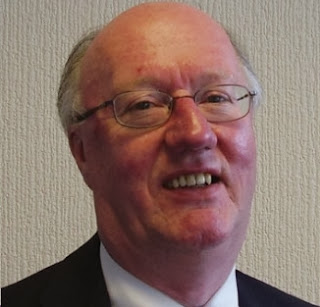 Robert Montgomery, Managing Director of Stagecoach UK Bus, said: "Norfolk Green is an award-winning, high-quality bus operator. The business is well-run and has been successful in attracting more people to the benefits of bus travel."

Norfolk Green, which the present owners bought in 1996 with three coaches, has become available for purchase due to the retirement following ill health of main shareholder Ben Colson (pictured with award, above). The operation will be run separately, managed by Gary Nolan ... 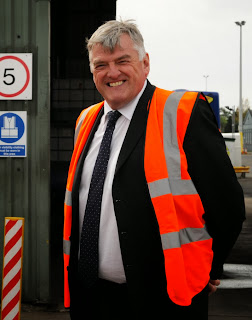 The management structure under Stagecoach ownership seems a bit "fluid", as one local rag published this picture ... 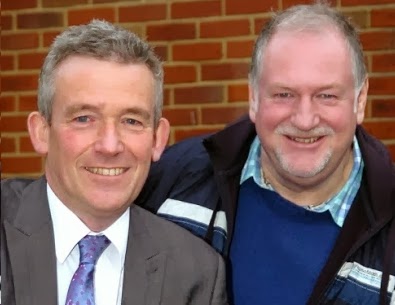 ... of Colson with "the new manager, Andy Dyer." No doubt someone will explain it to our loyal blog readers.

Ben Colson said: "We have built a strong brand in the area with a larger network of bus routes than was here in 1996, attracted new customers to using the bus and increased employment. The company goes forward into new hands in good shape, and will benefit from being owned by a major transport company."

There is a map of the extensive network, of which this is a brief extract:- 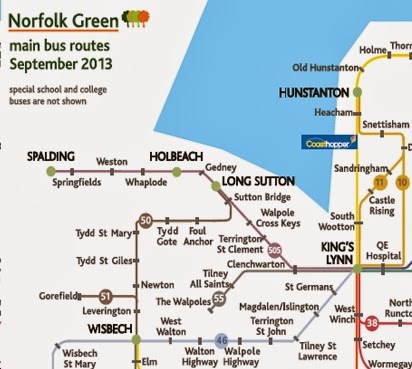 The full map can be viewed (here).

The fleet is stylish and well cared for as illustrated by this YouTube video of Kings Lynn bus station.
Stagecoach has said that the company will remain as "Norfolk Green" with no changes to livery etc. If this turns out to be true, it will represent a major change in policy for Uncle Brian's company which has always obliterated previous ownership as swiftly as possible. "Stagecoach Norfolk Green" with a hybrid bus style livery? 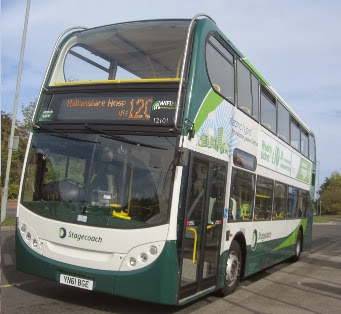 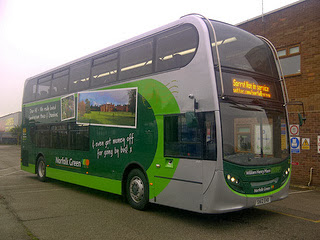 The Norfolk Green web site (and spiffing it is, too) is available (here).

One problem facing the new owners is with the Coasthopper routes. Although these services are profitable in the summer, they need support from Norfolk Council in the winter; but the nasty cash-strapped council is reducing its support. This may make the services completely unviable. 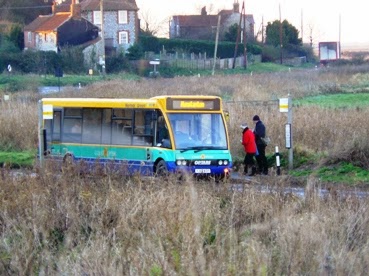 It is hoped the Coasthopper service, which runs along the west and north Norfolk coast, will survive after Norfolk Green was bought by international company Stagecoach Bus Holdings. In September, Norfolk County Council announced plans to cut its £225,000-a-year Coasthopper subsidy by £75,000 in each of the next two years which threatened the existence of the route.

Stagecoach has said it is too early to make any decisions on the current services.

The Northern part of the former Kingdom of David and Solomon fell to the Assyrians, but as is the way of things, it was the new kids on the block, the Babylonians, that invaded and took the best of the Southerners into exile as "forced labour".

The prophet Jeremiah lived and prophesied through this final indignity. 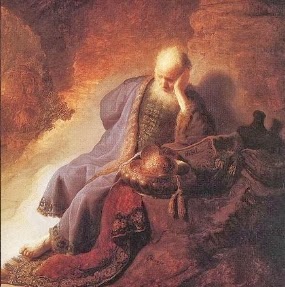 Jerry, doing a bit of Lamenting

Although tradition paints him as a "prophet of doom" and a full-blown misery-guts because he witnessed the Exile, his extensive writings are, nevertheless, interspersed with hope. It goes like this:-

One
You've observed the invaded Samaria;
Well that's what is coming to you!
As sinners God's being quite fair to y'
Now there's nothing at all you can do!

Two
Accept your punishment like a man;
Obey Babylonia to the letter;
Hang on in there if you possibly can ...
Because God has planned something better. 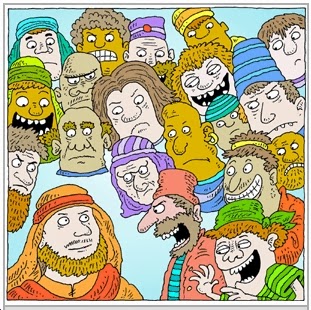 Three
Prophetic popularity faded;
He was derided, thrown down a well!
Babylonia duly invaded ...
But God's truth he continued to tell!

Four
With their homeland destroyed and rejected
Most exiles had managed to cope.
But deep down they felt so dejected.
What they needed was a message of hope!

The Lord says, “The time is coming when I will choose as king a righteous descendant of David. That king will rule wisely and do what is right and just throughout the land. When he is king, the people of Judah will be safe, and the people of Israel will live in peace. He will be called ‘The Lord Our Salvation.’ [Jeremiah Chapter 23 verse 5] 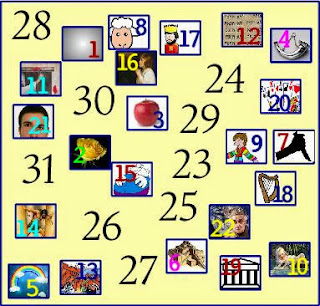