One First Fares Feature comes along ...

Last weekend Plymouth City Bus linked their 43A (Saltash) route to the existing 5/5A to Plymstock. As part of the on-going battle for custom, First have introduced bargain fares on the city end of their routes along the same corridor. 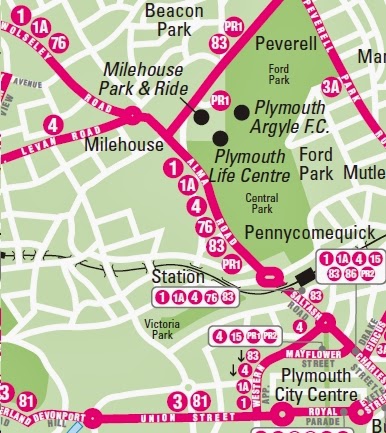 It would be nice to know where Wolseley Road flats are located because there's nothing on-line to tell you; but presumably the locals will know. 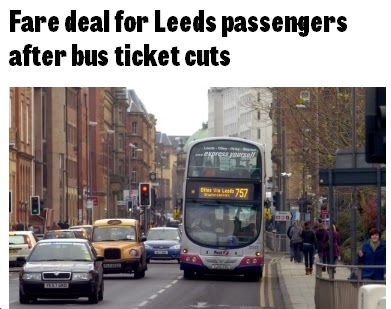 First says the changes to its multi-journey fares in the city could save regular passengers more than £250 over the course of a year. The firm, Leeds’ biggest bus operator, will introduce the revised fares on Sunday, January 5.
Key elements of the price plan include:
Extending the hours of the city’s existing £3.90 off-peak day ticket so it can also be used at peak times.
Introducing a new Leeds-wide weekly ticket priced £14; at present passengers wanting seven days’ travel throughout the city have to buy a West Yorkshire-wide pass for £19.50.
Bringing in a new Leeds-wide monthly ticket for £52, a saving of £13 on the West Yorkshire-wide pass.

These changes represent a good deal for Leeds residents and have obviously grabbed the attention of the usually anti-bus local press. It is not clear whether the "West Yorkshire-wide" tickets will still be available. If not, passengers at the boundary will be disadvantaged and stung for a lot more. The full details of the January offers need to be checked. But, at first sight, another positive move by First.

Sheffield
A report for the PTE (Passenger Transport Executive) celebrating the 1st Birthday of the Sheffield Bus Partneship. 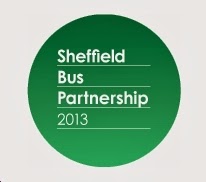 The partnership involves First and Stagecoach "working together" to deliver a better service. Timetables and routes are co-ordinated, working to a common plan. Competition remains with some fares and quality of service. The key messages contained in the report are:-

The overall  increase in passengers looks small at 1%, but is it the first increase for an eternity and after a particularly hard winter as well. 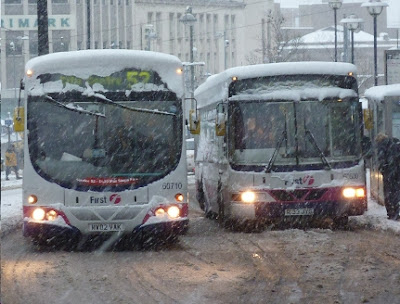 Apparently the current figures suggest something like a 12% growth of paying passengers year on year.

Yeovil
Not so good here. Some extracts from  community magazine suggest that the boys from First have a bit more to do. 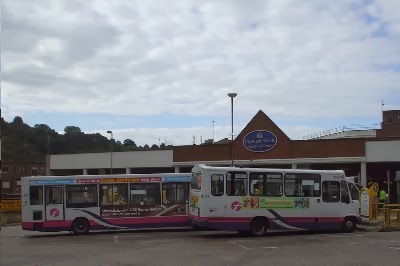 "Have you ever wondered the reason why the bus fares are getting higher but the quality of service and buses aren't getting any better? I think it's fair to say, the vast majority might not mind the fares, if we had the modern buses that are reliable and show the destination clearly high up on the front top plate, and not a piece of paper stuck to the windscreen! I've been to a couple of cities across the UK and I realized that we are getting a bum deal to be honest. For example, I was in Derby and  expecting to pay £3 or £4 to get to the town which was the same distance from Stiby Road to Yeovil Town Borough and it cost £1. I couldn't believe it. New bus as well!"

Perhaps the writer should move to Sheffield? Or maybe things will get better in Yeovil.

Bristol
News released yesterday, and on the appropriate web site, is that First Bristol will be running a significant Boxing Day network for the first time in many years. (How many?)

Weymouth
Just down the road from unhappy Yeovil, in the seaside town of Weymouth, First will be launching some new buses on Tuesday next, 10th December. New buses? In Weymouth? 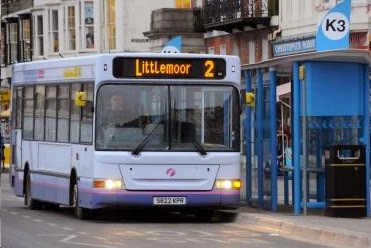 Of course, fbb will be there!

You've probably heard of the Tower of Babel,
Which early folk built 'cos they were able;
But underlying, a motive ulterior,
"We want to show that we are superior" 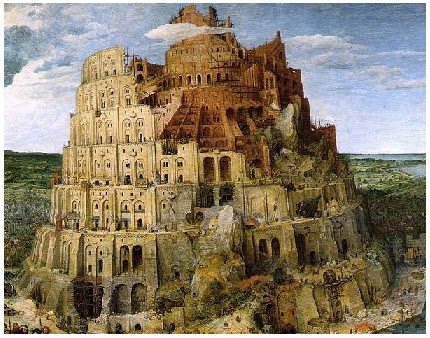 "A misuse of freewill," responded The Boss,
"Arrogance foremost means a big loss
Of love and compassion, so now you will suffer.
I'll mix you all up and make life much tougher!" 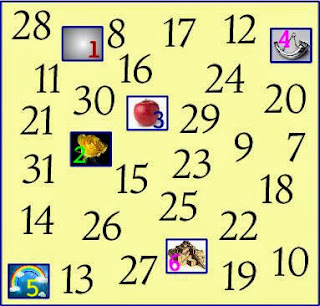 Many Bible stories are there to answer the question, "Daddy, Daddy, why ..?" So here the narrative seeks to explain why people speak different languages. The well known Peter Breugel painting is a highly romanticised image of the event; but based round the construction of an historic Ziggurat. 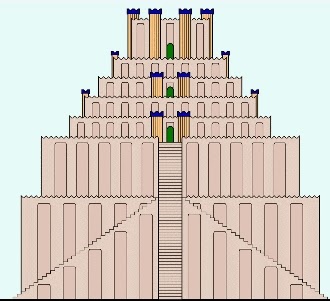 The passage explains that, because of mankind's arrogance, God has mixed up peoples' languages. This will restrict progress and reduce consequential harm. Again, the debate about whether this is a literal or figurative story is not relevant.

The study of the spoken word does offer powerful evidence for languages' descent from a common ancestry in the "fertile crescent" of Mesopotamia; from the likely site of the Tower of Babel in fact. So the Bible may well be more accurate than some might think!

The underlying message remains very clear; abuse and misuse God-given gifts and you will find life gets harder.