The London and South Western Railway (LSWR) opened its Exeter Extension from Yeovil Junction on 19 July 1860 and its station at Queen Street in the city centre became the terminus for services from London Waterloo station. From 1 May 1861 it was also the terminus for trains on the new Exeter and Exmouth Railway.

The final piece of the LSWR’s network in Exeter was opened on 1 February 1862 when a steep line descended from the west end of Queen Street station to reach the Bristol and Exeter Railway's station at Exeter St Davids which had been opened in 1844. Here the LSWR connected with the Exeter and Crediton Railway and over that line eventually reached Plymouth, Padstow, Bude, and Ilfracombe. 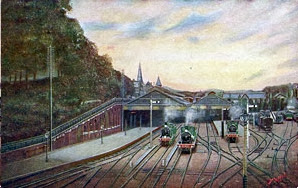 The station entrance was rebuilt in Art-Deco style in 1933 and renamed Central. From being a busy station with a wide range of destinations ... 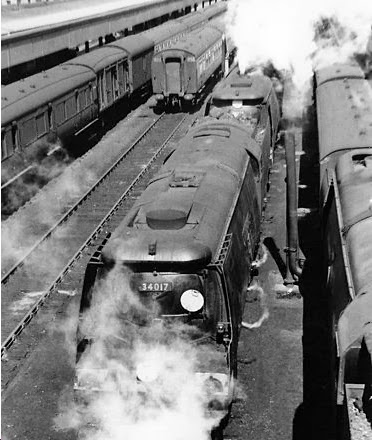 ... the station offers an hourly service via Salisbury to London Waterloo, seven days a week and a train every half hour Monday to Saturday and Summer Sundays (hourly on winter Sundays) to Exmouth, many of which run through to Barnstaple. Its trackwork has been pruned to two through lines and a bay. 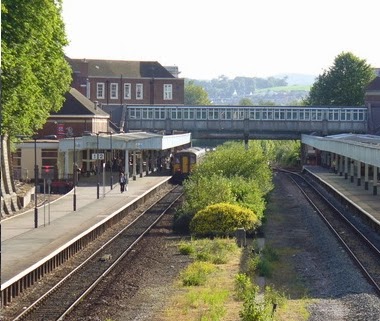 The luxuriant foliage has been expunged; pity, it looked quite pleasant.

A re-fettling of the entrance area is underway which will restore some of the grandeur of the architecture. 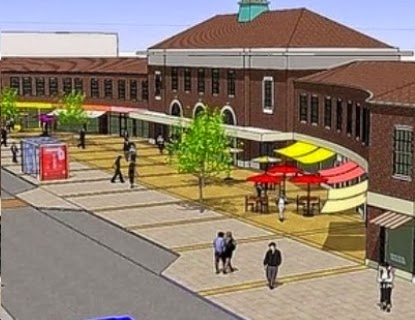 So, out the fbb's trotted for the H bus to the Hospital ... 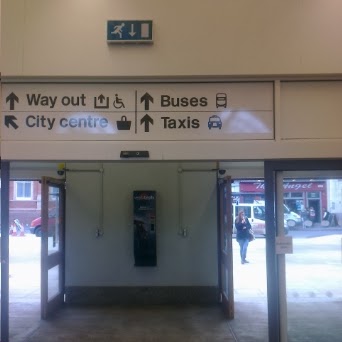 ... from the shiny new shelter right outside the entrance ... 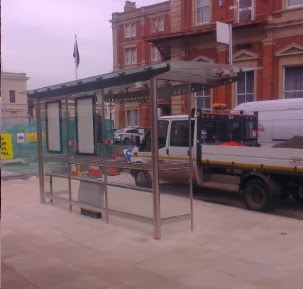 ... complete with blank flag, blank frames; in fact blank everything. fbb smelt a rat. An H passed in the other direction, so it looked promising but a check on the shelter opposite increased the odour of ratus ratus. 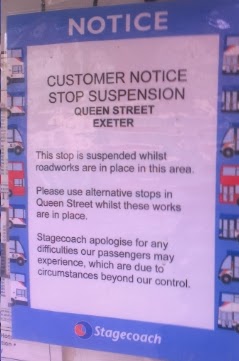 Was the stop outside the station also suspended? Dunno, but possibly; that infomation was a closely guarded secret. Furthermore the exhortation to "use alternative stops in Queen Street" is useless. Where is Queen Street? In which direction does one walk to find the stops? Come on, Stagecoach, you can do better than that, surely?

Fortunately, fbb was able to call on his vast reserves of public transport experience and guessed correctly. The next stop was close by. 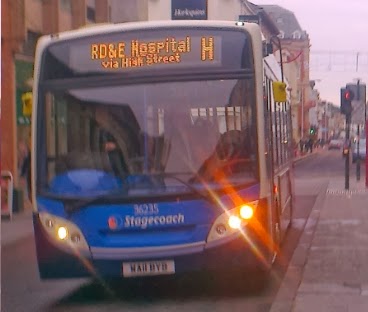 In a few moments, along came the H which conveyed the fbbs to the Hospital's main entrance, arriving 2 minutes early at 1010. 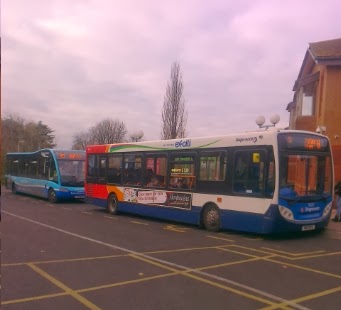 Thankfully, your esteemed author did not follow the Hospital's instructions for arriving by train which are ...

The appointment, however, was all fine and the nuclear investigation of fbb's internal bits and pieces was all over within 30 minutes of arrival. Mrs then returned to the city centre, eschewing (for reasons unclear?) fbb's offer or her to accompany him to investigate the Hospital Park and Ride site. In the 15 minutes between her departure and his, fbb was able to examine public transport information at the hospital.

And, much to his surprise, there was some! 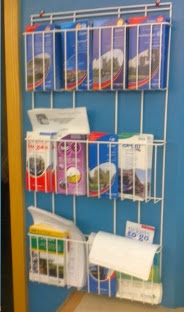 All relevant Stagecoach details were available, plus copies of the excellent East Devon booklet. fbb was able to obtain a leaflet for the H enabling him to proceed to Park and Ride (as per yesterday's blog; read again) with consummate ease.

Back in the city, a snack lunch was enjoyed just outside Central station. The caff is called ...

The Bakery was started in 2011 on a bit of a shoestring budget but a great big rope of passion. We saw a gap in the market for the type of cakes we liked to make, no nonsense, full-on flavour, high quality tray bakes using the ingredients you would use at home. No added junk, no margarine, no cocoa powder, just local natural butter, belgian chocolate, vanilla extract and local free range eggs. 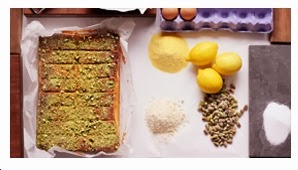 The first thing we wanted to do was to make our bakery open to the public as we believe that the process is as important as the final product, so we put a small cafe next to the kitchen where we serve coffee, lunch & obviously our delicious cakes. So you can sit and have a coffee, watch us bake or just take in the irresistible smells of the fresh cakes. 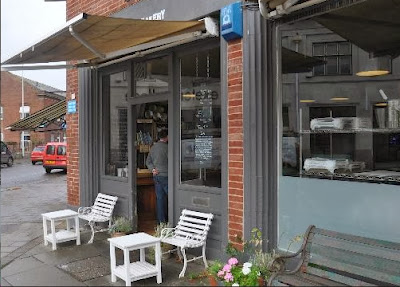 So the fbbs did!

Then train back home; a stress free day; well, almost.

Humans became such disgusting creatures,
Immorality was one of life's features.
God said, 'cos humans were sinning a-plenty,
"You'll only live now to one hundred and twenty!"
The human race couldn't sink any lower,
But God Almighty was pleased with Noah! 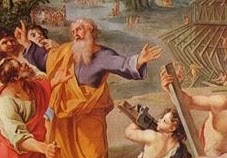 God saw that the human race was so bad,
He said, "I really wish that I had
Not made them at all, they're such a pain.
I'll wipe them all out with flood and with rain.
So build me a boat, with no sail or rower."
Said God the Lord to his servant Noah. 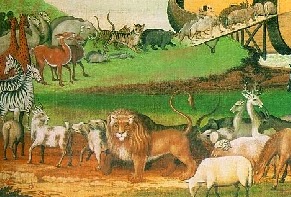 It happened just as the Lord God had stated;
The world and its people were inundated.
Nothing survived except Noah's boat,
Till up to Turkey it happened to float.
The waters subsided, lower and lower,
"A fresh start," said God; who was pleased with Noah. 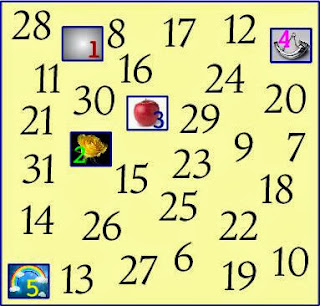 Again we struggle with pre-history. Was the flood local or global? Was everything destroyed? What happened to the plants? One niggle is, in part, resolved by modern geo-physics. We now know that there are huge, huge, amounts of water trapped under pressure in deep-down rocks; more than enough to create a destructive inundation.

But it's the underlying message that challenges our thinking. The Bible would accept without question the right of God to punish, although such a view is unpopular today. He created so he can destroy; why not; it's His universe, not ours?

The Bible view would be fatalistic, even cruel, if there were no alternative. But Noah "lived in fellowship with God."