the Trent bus in Northampton, a P.S.

Our Northampton correspondent has delved into his extensive archives and exhumes the following delights. These relate to joint services 300 and 301 introduced for the opening of the Weston Favell Shopping centre in 1973. See "Post Festive Snippets [3]" (read again).

First, here is an extract from the Corporation timetable book dated April 8th 1973 ... 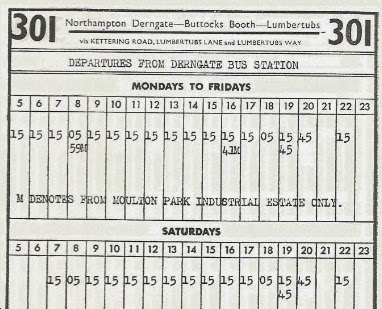 ... and a later United Counties version with an increased frequency. 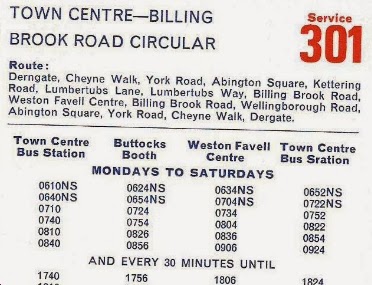 "The next company to step into the breach with the supply of hired vehicles was the Trent Motor Traction Co ltd. of Derby who provided a series of Leyland Tiger Cubs carrying Alexander forty-one seat dual purpose bodywork. A total of ten different buses were on loan at various times between 10th February and 10th June 1973" 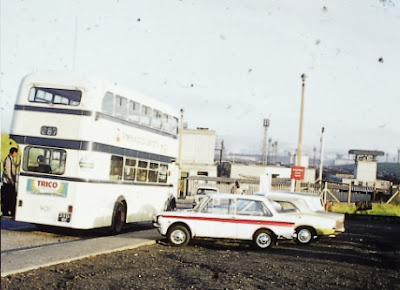 The tower (lower right) is the clue; and here it is again. 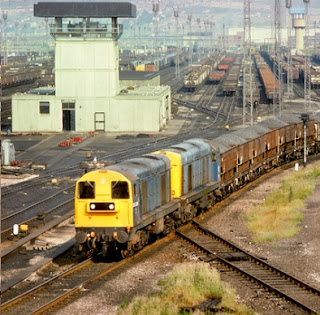 It is the control tower at Tinsley marshalling yard, Sheffield.


Tinsley opened in 1965 and was to be a "Network Yard": a major railfreight node where wagon-load freight trains would arrive, be split and resorted into new trains for onward departure to other Network yards, directly to the many rail-connected businesses in the area in "trip" freights, or to the Freight Terminal for unloading and forwarding by road. To assist with this, it featured power-assisted shunting and a new computerised system of wagon control.

The clever bit of Tinsley is pictured here. 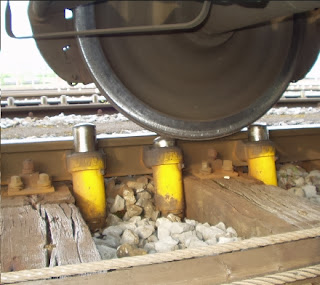 Having had their details fed into a "computer" (by hand then, bar codes were for the future!) the wagons were propelled over a small hump and switched into various sidings to make up outgoing trains. The speed was regulated by hundreds of little hydraulic ram thingeys which could push or retard the wheels as the wagons moved to their correct location, with pointwork changing automatically.

The yard even had its own special shunting locomotives; being two conventional 0-6-0 diesels joined together with bits of meccano and sticky-backed plastic. 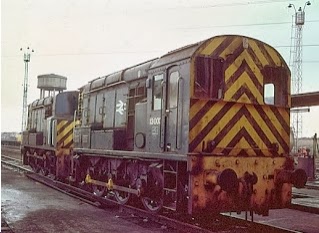 fbb (then much less f!) was privileged to join an Institute of Transport visit to watch it all happen. It was very impressive. What was most entertaining for the visitor (but not for those living in earshot!) was the incessant plinkety-plink as the wagons  made their way along the track, making pinging contact with the little rams.

But it was a technology too late! 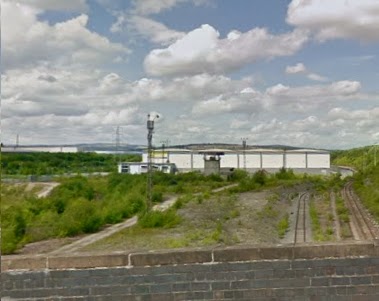 Wagon load freight was becoming uneconomic and the yard closed in stages from 1985, less than 20 years after opening. It was also the site of Tinsley Traction Maintenance Depot, which was closed in 1998. At its peak, 200 locomotives were allocated to this depot.

A bus service had started to the site in 1964 but restricted to railway and construction staff only. This restriction was removed in 1968 and the "final" version of the 287 operated from July 1973. It was at about this time that the newly-wed fbbs rose at circa 0430 to "cop" the route! What marital dedication!

The road (Wood Lane) still exists and runs through the site to join up with Europa Way. The central chunk is "buses only" ... 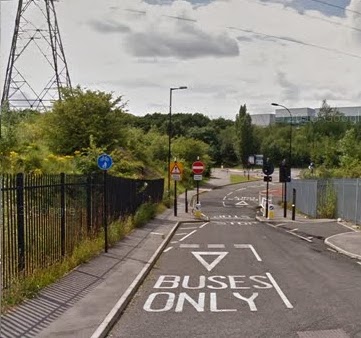 ... although no services run that way! 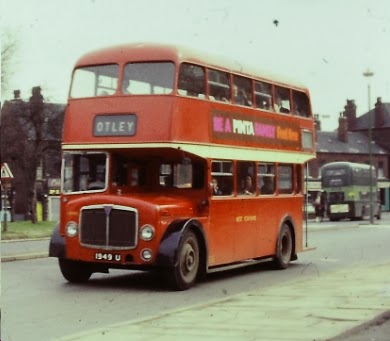 What was the name of the company that operated this bus; immediately prior to take-over by West Yorkshire Road Car? It is photographed on Headingley Lane in Leeds.

From a Biblical point of view, Christmas never ends. What began in that cattle shed is part of the here and now. How Christmas changes lives can be a bit of a mystery in today's secular and spiritually apathetic society. One of Jerusalem's religious high-ups was bothered by this very problem ... 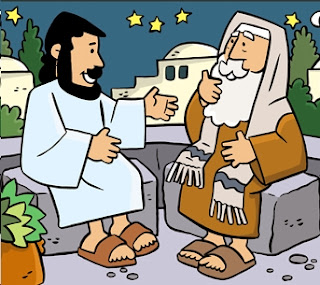 ... as recorded by John in the fourth gospel.

Which takes us back to Moses, some 1200 years previously.

Whilst trekking through the desert to get to the "Promised Land" they had a "bit of bovver" with snakes. 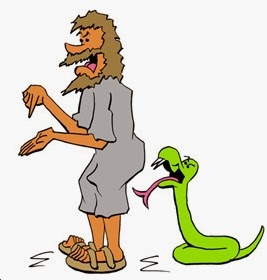 "Easy-peasy," says God, in the simplified and stylised narrative of the book of Exodus ... 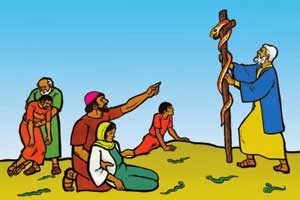 ... "raise a snake up on a pole. If anyone gets bitten, all they have to do is to look up at the snake and they will survive - seemples!"

And they did : and they were!

It was this incident that Jesus used to illustrate the answer he gave to the VIP enquirer. The question hasn't changed for 2014, neither has the answer! 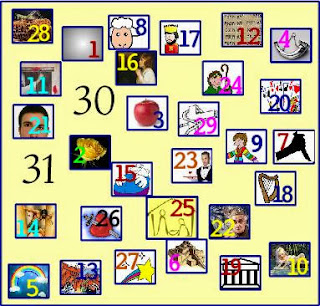 P.S. That's one possible origin of the snake as a symbol of the medical profession ... 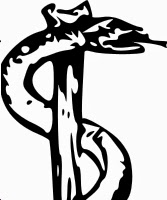 ... although the source and the route of the tradition is confused and oft debated.