It all sounded so very simple!


18 months ago, fbb failed his bowel cancer screening. After some "personal" work with the modern equivalent of a stirrup pump (don't ask!) the offending and minuscule polyp was snipped out and popped in the bin. There now follows a five year programme of checks, scans, more stirrup pump etc. etc. to make sure nothing regenerates.

Today the programme moves from IoW to Exeter and fbb has to get to the Royal Devon and Exeter Hospital (Wonford) for a 1020 appointment with the scan people. 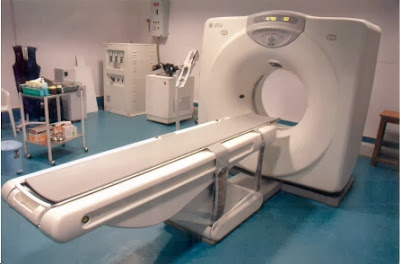 Spooky, electronic but quite painless. The painful bit is getting to the hospital. 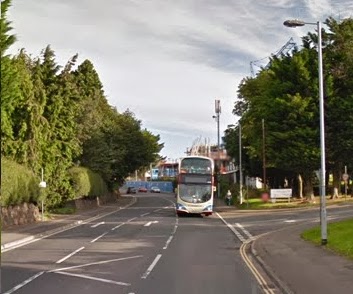 First Bus X53 runs from Seaton and stops on Barrack Road outside the hospital. BUT the 0937 gets there at 1034, 15 minutes too late. Change the appointment? It's taken over 6 months to get the NHS to sort out the change of address; so better not.

Option Three P & R PR3
We can ignore the official Sowton Park and Ride because it doesn't serve the Hospital ... 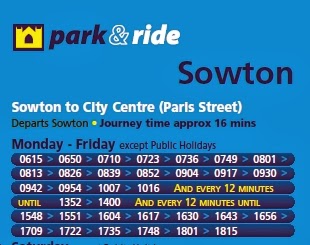 ... but it would be possible for a young, energetic hospital appointee to walk from the (free) car park on Sidmouth Road. 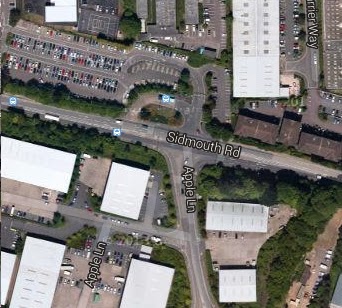 But better would be the "official" Hospital Park and Ride at Digby. To make it all a bit befuddling, Digby Park and Ride is (more-or-less) alongside Digby and Sowton railway station. Whereas Sowton Park and Ride, erm, isn't!

The PR3 from Digby (near Digby and Sowton) is a dedicated service to the hospital operated under contract by Dartline with shiny blue buses. 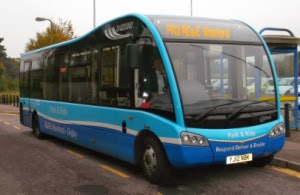 The service runs every 15 minutes (every 10 at peak) and the Hospital publishes the timetable, as does the company.

Looks a good bet? All we have to do is to find the car park.

fbb, somewhat nervous of appoaching the big city, decided to have a dry run on the Saturday, just over a week ago.

At the M5 interchange there are signs to the Park and Ride - but is that Digby or Sowton? 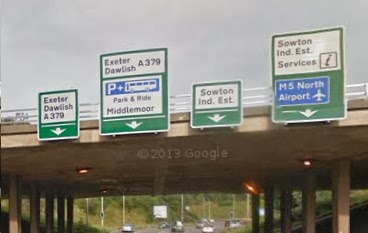 As the harrassed driver attempts to exit the roundabout there is another sign ... 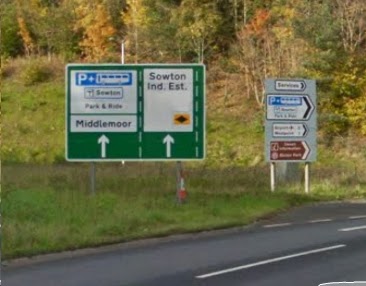 ... but to Sowton Park and Ride which we do not want. If fbb drives that way, he will next meet this helpful hedge-bound offering:- 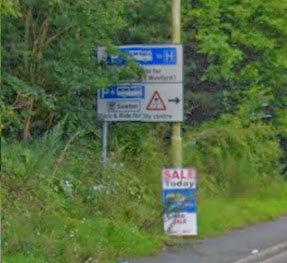 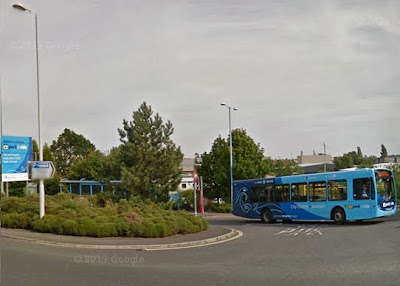 ... with shiny blue buses, cleverly painted to differentiate them from the Hospital service to Digby; for which the buses are painted a nice shiny blue!

Fortunately fbb boobed and took the wrong exit; which turned out to be the right exit! Confused? So was fbb!

Frankly, the whole process was beginning to get the old man down; waking up in the early hours dreaming of flesh-eating Park and Ride signs; nightmarish time travel via the  CT scanner to some infinite car park in the sky and being sucked into oblivion by one giant stirrup pump. 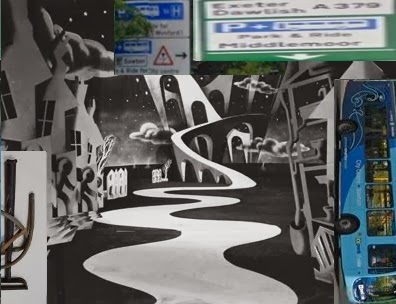 Eden's garden of perfection
Was despoiled by man's selection.
When Adam and Eve consumed the fruit
They opened up the downhill route
And instigated Divine rejection. 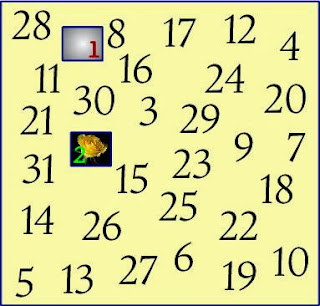 Was there a real Garden of Eden? Or was it just "a story"?

... is convinced that he has found it; and his location matches the Biblical and archaeological evidence. A rich, fertile plateau, fed by the four rivers (Genesis chapter 2 verses 10 to 14), is now submerged under the head of the Persian Gulf. 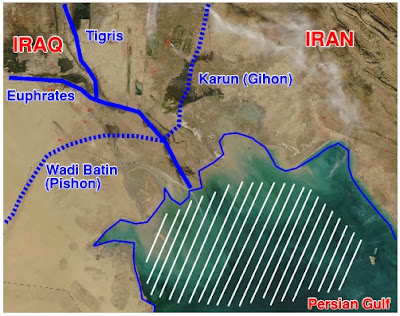 Likewise, were there a real Adam and Eve? We will probably never know the complete detail of this pre-hisotric narrative; BUT the modern science of genetics (unknown to the ancients) makes it quite clear that every single homo sapiens (which even includes decaying specimens like fbb!) shares a common ancestry; there was a first "mother."

The important message of the Bible story, outside of academic and philosophical debate, is that God's created perfection was spoiled by mankind. If that is so, you may ask, why did God allow it? Why didn't God do something to sort it out?