The story so far. fbb has examined the options for getting from home in Seaton to the Royal Devon and Exeter Hospital (Wonford, Exeter) for a 1020 appointment. 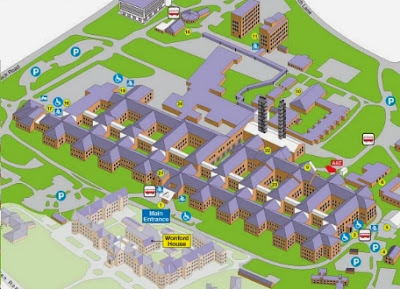 Option One X53
Too early or too late.

Option Two 52A
Ditto : also does not serve the hospital; lengthy walk needed.

Option Three P & R PR3
Ought to be ideal but signs, route and information are confusing

Option Four H
The Stagecoach route serves the Hospital grounds and may offer some alternative options. Unlike the Hospital Park and Ride (PR3) service, it will be free on the fbb oap card. Bonus. 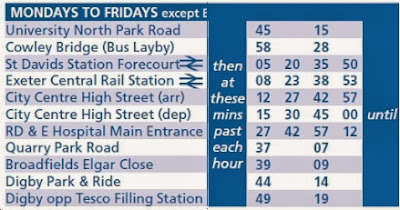 It serves the Hospital main entrance every 15 minutes and continues via Digby Park and Ride every half an hour. But, according to the timetable, it doesn't do Digby car park on the way back. 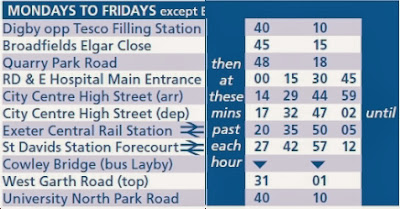 And buses leaving Park and Ride at xx14 and xx44 arrive at Tesco nine minutes after the buses back via the Hospital have left. Weird; and unexplained by Stagecoach.

But fbb has worked it out. 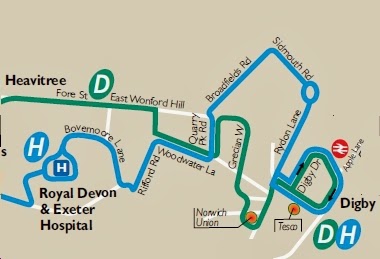 It's a loop, innit? No mention of the Park and Ride on the map either. But it's not just a loop because, Monday to Saturday daytime, loopy H buses turn, unannounced, into loopy D buses. Here's an fbb glued-together timetable ... 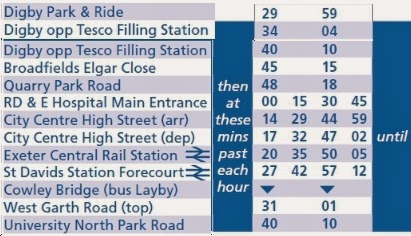 fbb went to find out - on a bus! The stop at park and ride is not helpful at all ... 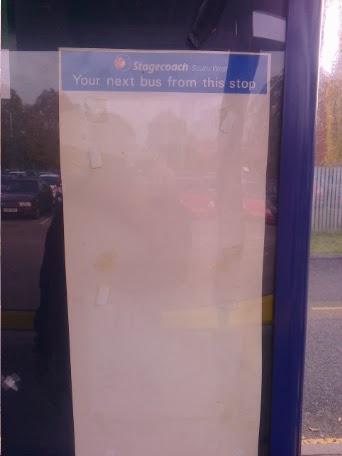 ... because the timetables have fallen off and are in disarray. 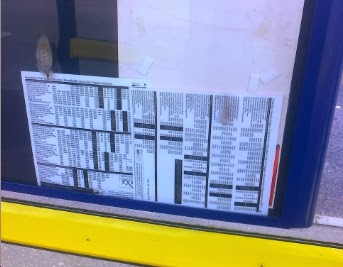 And these pages, even correctly displayed, make no effort to explain. 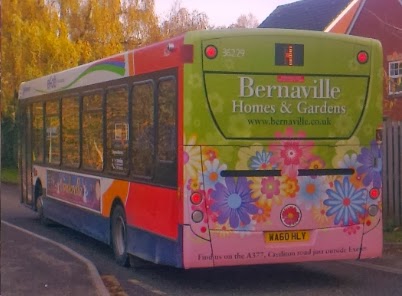 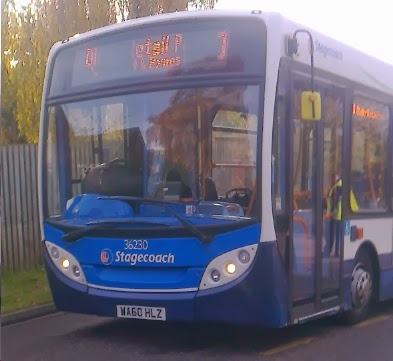 The numbers and destinations change at Tesco, near the end of the loop; whereas, Stagecoach management, you should change at the start of the loop. The good news is that the driver of fbb's departing bus (showing D but becoming H) anxiously asked the corpulent one whether he wanted a D or an H. Well done that man!

In the end, fbb an Mrs went to Exeter by the 0906 train from Axminster, scheduled to alight at Central station at 0937 for the 0953 service H, due to arrive at the Hospital at 1012; leaving a generous 8 minutes to find the correct department and check in. And it did cost money (£6.20 oap day return each plus a bit of go-juice to get to and from Axminster) but appeared to be the most stress-free.

And if you compare it using the true cost of the car at around 50p per mile all-in (£22.50) the decision becomes easy-peasy.

The pair were thrown out of the garden,
Eden's perfection is lost.
They'll find that their future will harden,
With weeds, hard work - what a cost!
Despite man's sad degradation,
God's patience can be disarming.
Man furthers his self-education
With music, metalwork, farming. 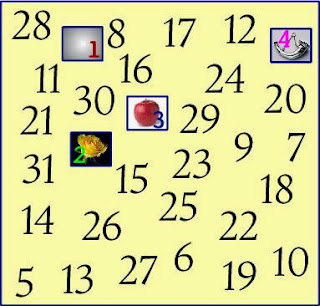 Many know the stories of Adam and Eve; the world's first celebrity eviction! The first murder is next told in the story of Cain and Abel. Again there is punishment as Cain is condemned to a weary and fearful nomadic life. But most of us gloss over lists of funny names; the genealogies of the biblical texts. Why should we bother with the likes of Meuhuajael, Methushael, Adah and Zillah. [fbb does, however, like "Adah"!]

But Adah's boys were Jabal, the "first to raise livestock" and Jubal, "the ancestor of all musicians." Zillah's lad was called Tubal Cain and he "made all kinds of tools out of bronze and iron." (Genesis chapter 4 verses 20 to 22) Of course, these snippets may be a gross simplification of historic ethnicity, contracted from thousands of years into two generations; but, they make a good social point. Mankind is using his God-given gifts of freewill and creativity to progress. 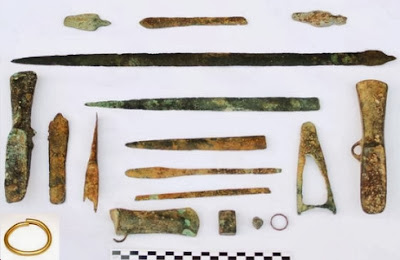 Will that progression make things better?

The message of Christmas suggests not.

Next Bus Blog : Thursday 5th December
Posted by fatbusbloke at 02:00