Customer Service (and Not!)

... writes an occasional blog about his Company. [Actually one of "his companies" as he is also now boss of T M Travel based around Chesterfield; he must be very close to omnibological insanity!] This is a slightly edited version of a recent posting. 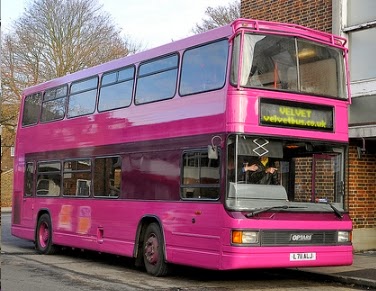 At this time of year rush hour traffic doesn't need much help to be a nightmare, but last Thursday was especially bad. A combination of factors meant that it was taking buses on the A around two hours to complete the scheduled 75 minute journey from Eastleigh to Southampton, on a freezing cold night. 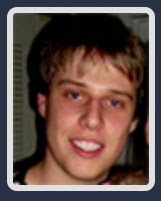 Mikey was in the office watching the tracker, monitoring the slow progress of buses around the network and tweeting regular updates to the world. One trip was causing us particular concern, the 1645 route A from Eastleigh to Southampton which was due to return as the 1810 from Southampton. 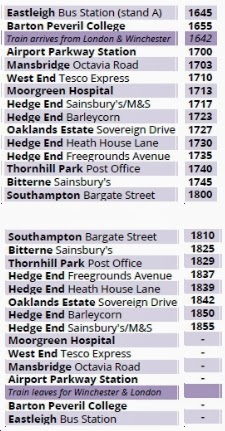 As this bus passed through Hedge End on its way into Southampton, some time after it should have left to come back, Mikey tweeted this...

This was done without any prior consultation, discussion or planning, just an idea from Mikey in that moment to try to minimise people's pain. And the best bit is, some people did exactly that. They went and got a coffee, and our driver Martin ... 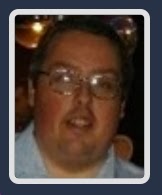 ... reimbursed them. As with most customer service initiatives, it is impossible to quantify the exact benefit of that decision, but at the very least it hopefully helped reassure some of our regulars that we certainly do care about them and will do our best to look after them even when things are going wrong.

Well done, Mikey; Well done, Phil, for supporting his loss-making decision; and well done for putting your colleagues' photos on your web site. Maybe not possible with a bigger company (too many people) but your site makes Velvet Bus appear personal and friendly.

P.S. Maybe a more recent photograph of your smiling visage, Phil? The snap above looks as if it were taken soon after you left school! On second thoughts, maybe you still look fresh and youthful? (Written with  modicum of jealousy!)

A goodly few days after sending off her most recent on-line order, she realised that she had clicked on the old (Isle Of Wight) address for delivery. She telephoned the company who said, "Worry not, Mrs White, we will intercept and redirect your order."

But they didn't. They were too late; the package has already offered at the old address and rejected. The fbb's discovered this from a helpful neighbour. Was all lost? Would the goodies ever arrive?

Of course they would; it's Lakeland, one of the best companies for Customer Service in the UK. The problem was solved by sending out a complete replacement order. And at no cost to Mrs fbb.

East Coast : DIS-service
Three months ago the fbbs plus one went to York. Advance fares were booked on-line and this time it was fbb who bludnered. Unknowingly he clicked on "Young Persons" and not "Senior" to claim his railcard discount. Every other aspect of the booking was correct, just the wrong card name.

Two easy-peasy solutions. Re-issue the tickets OR send the fbb's an authority to travel on the "wrong" tickets at the right fare. East Coast refused point blank to do either. They have effectively robbed fbb of approx £150 whilst hiding behind the "no refunds for advance tickets" rule. But fbb did not want a refund! 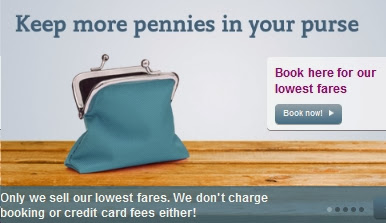 Well, not fbb's purse, for certain!

The attitude has been, "You made a mistake. Tough. You lose the money and we don't care!"

This on-going story will feature in a future blog but is still unresolved.

And rail tickets are exempt from the "Distance Selling" regulations which offer on-line buyers protection from being landed with goods they can't use. Pray, why?

fbb is sure you can confirm all this by quickly reading the terms and conditions (here). Enjoy! 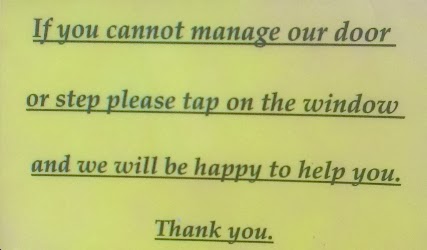 "A man of Faith": you'd have to say Abe'll
Be up there, right at the top of the table.
Called by God to set out from Ur,
The journey, the distance just did not deter. 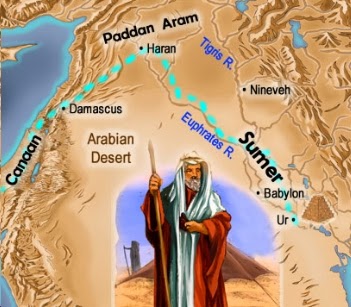 Arriving in Canaan, he set up an altar;
His trust in the Godhead never did falter.
Gave the best land to his nephew Lot,
Survived at least one Egyptian plot.
Blessed with a son when "past it", we say.
Then came the awful traumatic day. 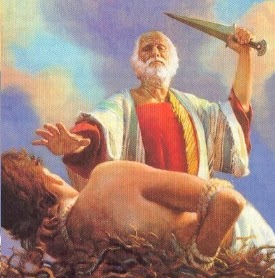 Weirdly and fearfully God said "kill your son!"
Faith is OK, God, but this is a tough one.
"Stay you hand, his life he may keep,"
called God and provided a thicket-caught sheep! 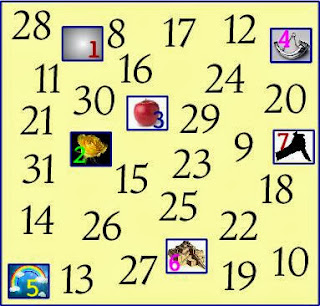 To try to understand the story of Abraham in a short blog snippet is impossible. But, in Judaism, he is quite simply the father of religion and race; from him the whole of Jewish history evolves. He was called by God to leave his comfort zone in Ur (of the Chaldees); to undertake a mammoth trek via the "Fertile Crescent" of Mesopotamia and to settle in Canaan (modern Israel).

There is archaeological evidence for such migrations and for political unrest in Ur which may have been a provocation to leave. So Abraham, however shadowy a historical figure, fits realistically into what is understood of the life and times of 4000 years ago.

It is his call to offer his son as a sacrifice that challenges a modern reader. The key image for 2013 is that a lamb (or ram or sheep) provided a substitute so that Isaac's life could be spared.

That image of a "substitution sacrifice" is the focus of the story that begins at Christmas.