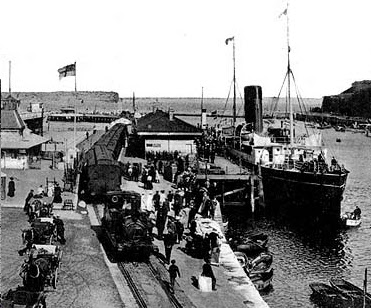 Railway development in Weymouth was frantic! 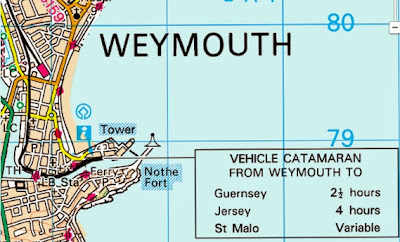 This blog looks in detail at the Harbour line, all of which is still in place. 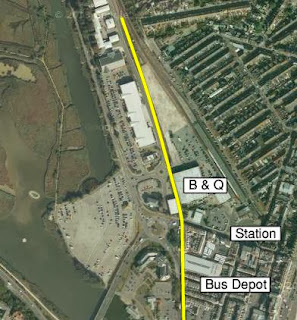 The line leaves the present track into the station passing alongside the B & Q warehouse ... 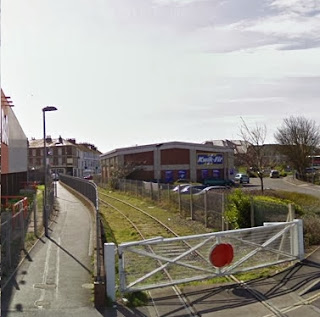 ... then crossing the busy King Street before passing in front of the First Bus depot. 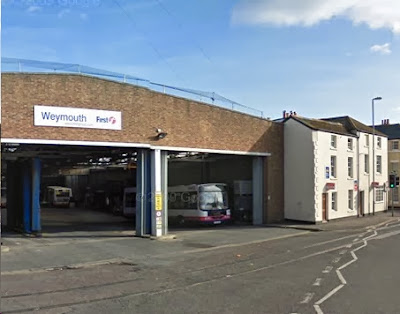 Commercial Road is wide enough and did not usually present problems for the boat trains. 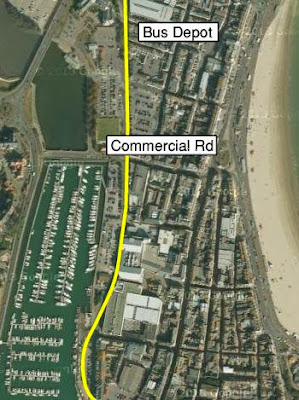 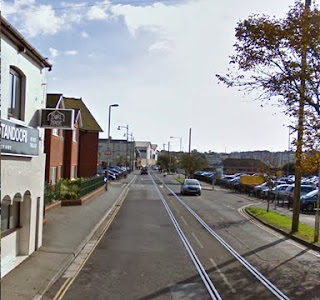 In the happy halcyon days of Weymouth as a top-grade resort, these car parks were tennis courts! Then comes the sharp left hander into Custom House Quay. 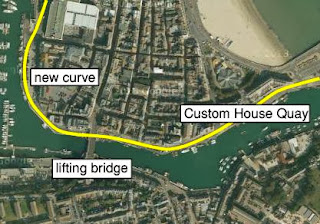 Some years back a less-sharp curve was built on reclaimed land. 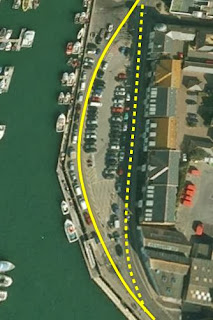 Once on the quay side, the fun starts (or it did when the line as open). Lots of big burly rail workers accompanied the train with the sole task of moving cars out of the way. Although the track area was clearly marked, trains were so rare that drivers often took a chance and this was the result:- 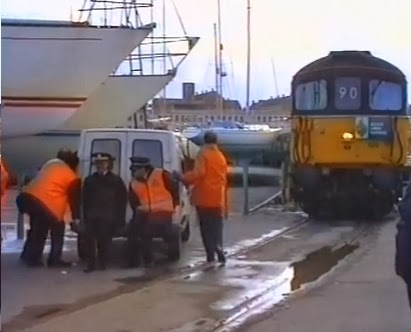 If the encroachment was too great to bounce the vehicle out of the way, it was unceremoniously winched onto a tow truck and taken to some mysterious place beyond the sky! 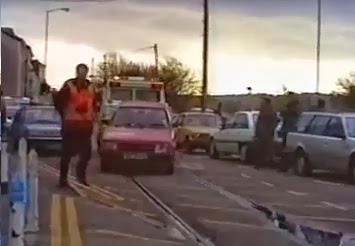 The final section of the line took it under the town's lifting bridge approach ... 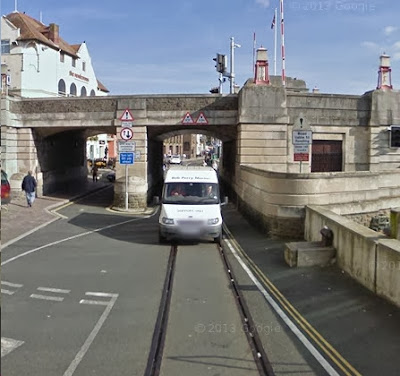 ... and on to the former terminal building. 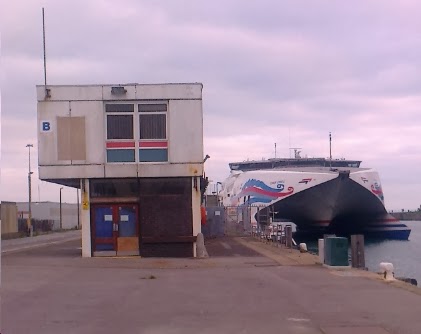 The track layout at the station was gradually increased from a single track, to a double track layout up to 1961, and finally a three road arrangement which persisted to the end of regular traffic, albeit in a truncated layout from 1973. Regular goods traffic ceased in 1972, though fuel oil was transported to a facility at the pier until 1983. Regular passenger services ceased in 1987.

Obviously the best way to have observed the line in use was to have been there; it was very much a tourist attraction. Failing that delightful experience, this video captures the essence of big trains along narrow streets most beautifully. Watch and enjoy!
All the track is in place and, presumably, could be brought back into use. Ideas for some light rail project seem to be fanciful; a current proposal is to fill in the cracks with something that could easily be removed at a later date. Such a far-fetched scheme would, at least, make this rare road sign redundant! 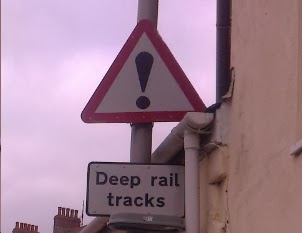 A usually unreliable source reveals that Stanley Holloway learned the poem below in Sunday School. It made such a mark on his sensitive childhood that he used it as a base for one of his famous monologues, "Sam, Sam, pick oop tha musket." 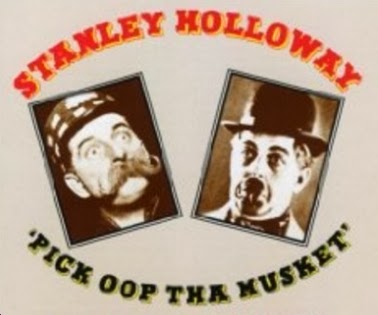 Them 'Ebrews was really quite fickle,
So they went to young Sam as the boss.
We're getting us selves in a pickle;
We could do wi' a king; aye becoss ...

... A king'd lead us in battle,
'E'd deal with us enemies quick.
'E'd guard us vineyards and cattle
And make sure us nation'd tick.

God spoke to Samuel the prophet,
"You'd better step back and gi' in,
So be brave, yer backside gerroff it
And 'op off and find 'em a King."


The Biblical period of the Kings began badly, continued badly and ended more badly than bad. There were occasional good times, very good times, as we shall see. But overall, the Hebrews seemed still intent on pressing the self-destruct button.

Failure to keep God's commandments was perceived as the cause of the problems and this began with the first monarch, Saul. He started well but went downhill. In his arrogance and impatience he usurped the duties of the priests ... 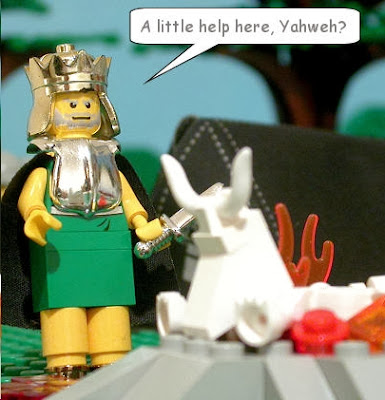 
In the rigidly proscribed ritual of the day, this was a serious error and began the decline of King Saul.

And Samuel said to Saul, “You have done foolishly. You have not kept the command of the Lord your God, with which he commanded you. But now your kingdom shall not continue."

From here on Saul messed it up big-time. As predicted by Sam, this kinging business was not going well. Try again! 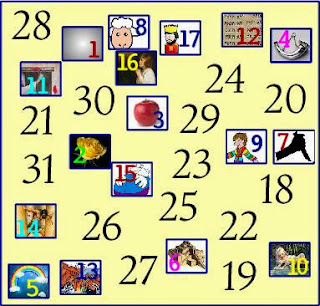