Customer Service or Dis-service [the sequel] A little learning is a dangerous thing;
Drink deep, or taste not the Pierian spring

So wrote Alexander Pope in 1709, subsequently universally misquoted as "A little knowledge ...", in his "Essay on Criticism". The Muses (in ancient Greek culture) were considered the source of all poetic lyrics and myths. The spring in the Pierian mountains (in Greece) ...

... was one of their sacred wells of inspiration. The Muses were said to have frolicked about the Pierian springs soon after their birth. And we all enjoy a good frolick, oooh missis!

Roughly translated into everyday terms, Pope is saying, "make sure you have ALL the information before opening your big mouth.

Mrs fbb attends a monthly prayer and bible study day at Wimbledon; easily accessed via the 0629 from Axminster (change at Woking) and returning by connecting into the 1620 from Waterloo; 1903 back at Axminster. £35 oap day return. This trip has been dogged by problems on the return journey. In July there was a signal failure at Waterloo; in October a suicide. So fbb was conscious that he needed to get it right for his beloved spouse THIS time.

From previously obtained info, your ever-prepared blogger knew that there was disruption in the evenings with trains diverted via Southampton. The high-level outout rain would be at work:-
So all looks OK for Saturday 7th. There was a short drive from home to the station and a successful manipulation of the ticket machine; something of a major challenge to an elderly intellect on a damp, dark Saturday at 0615!

Thence on to the platform. No 0629 on the indicators.

All other departures were shown on the electronic indicators but the first up train was 0724. Nothing for it but to wait for the 0724. At 0650 the ticket office man arrived to open up for 0700. "Hello," he said cheerfully, "you're early!"

"We were rather hoping to catch a train," replied fbb with an unsuccessful attempt at sneering cynicism, "the 0629 to Waterloo."

"Ah, no, there isn't one today; it's  a special service because of engineering works."

"And how would be expected to know that?"

"It's on our web site and I've got a poster in the waiting room."

Of course, the waiting room is locked and barred until the man arrives! And fbb had been really stupid for not checking beforehand. Or was he so stupid? After a coffee and a bacon sarney back at base, fbb went to the the SouthWest Trains web site. 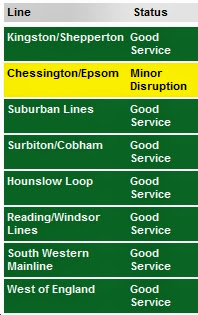 Yes, the West of England line was offering a "Good Service". So next, click on the engineering icon ... 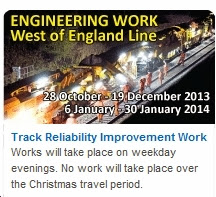 Between Monday 28 October and Thursday 19 December 2013 and Monday 6 January and Thursday 30 January 2014 we will be undertaking major track reliability improvement work on the lines between Basingstoke and Salisbury. These works will take place on Monday, Tuesday, Wednesday and Thursday evenings. Work will not be taking place on Friday evenings or over the weekends.

Hmmm? In his rapidly approaching decrepitude, fbb has learned one thing about large corporate web sites. They are invariably managed by people who don't know what they are doing and who never (for example) travel by train. If the man at Axminster said it was on the web site, one of the myriads of folk playing with their confusers at SWT Towers ... 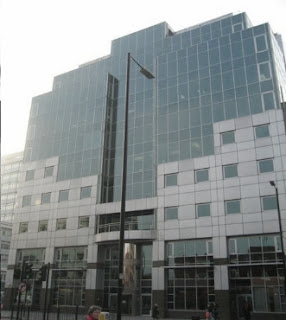 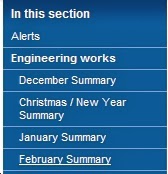 ... entitled "December Summary"; scroll through acres of text and, eventually, there it is:-

A little learning is a dangerous thing;
Drink deep, or taste not the Pierian spring

In fact, as the man revealed, trains between Exeter and Yeovil would be running every TWO hours (instead of hourly) and then diverted via Westbury with buses between Yeovil and Salisbury. 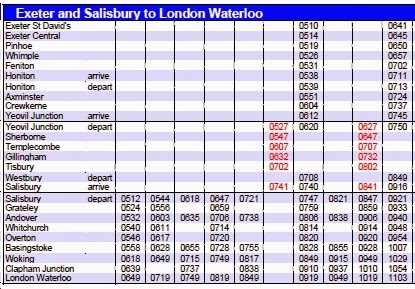 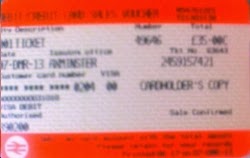 "No problem," said the very, very nice SWT man, "I will refund your ticket."

And he did. No messing, no debate; a simple, sensible full refund.

And all fbb wanted from East Coast was to be able to use the tickets he had bought! See yesterday's blog (read again). But East Coast don't tolerate mistakes, however minor, thy make you pay again.

Smooth skinned Jacob and hairy twin Esau;
Father goes blind, not sure what he saw.
Jacob cheating with mum's connivance
Using a sheepskin as a contrivance,
Conned his dad to get at his wealth
Despite old Isaac's increasing bad health. 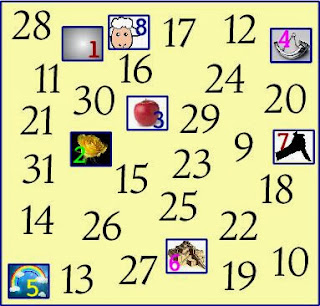 Jaqob-El (Jacob) is the first s Bible character to appear in literature dating from ancient times but from other non-biblical sources. Opinion is, as usual, divided as to whether it is the same man but it looks very likely Having survived his old man's assassination attempt, Isaac went on to marry Rebecca and produce twins. They did not get on! 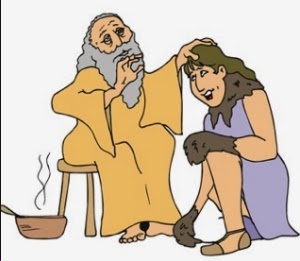 As Isaac went blind, Rebecca encourged Jacob to cheat his father into thinking that he, Jacob (and smooth) was actually Esau (and hairy). The sheepskin con worked and Jacob inherited the loot in place of Esau. Naughty Jake!

In fact the life of Jacob was mostly an immoral and irresponsible mess; yet he became the third great hero of Judaism. The Bible is full of unlikely characters used by God to fulfil His divine plans.