Half Full or Half Empty? Part the Second 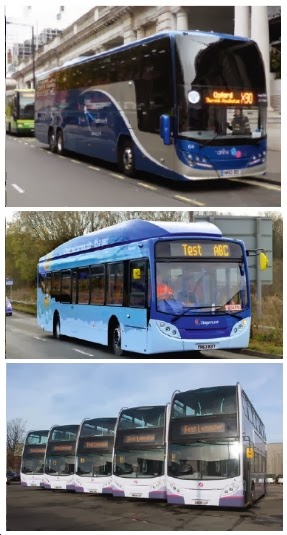 The current Route One on-line mag and sales brochure (read here) highlights several encouraging developments in the bus industry. There are new huuuuge buses (luxury coaches?) on the prestigious and busy Oxford to London and Heathrow services; gas buses will be introduced by Stagecoach Sunderland in the new year; and Leicester, currently home to a goodly collection of First tat, is to get new double decks. (Shhh! They're not new but ex London vehicles superbly refurbished!)

And, a week ago, Arriva launched its fourth "premium" Sapphire route. 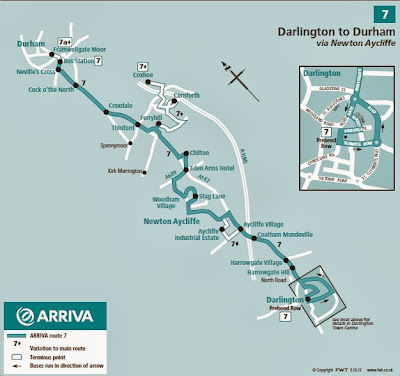 fbb would have liked to show his readers a timetable clip but (when this blog was composed, on Friday) this was the best that Arriva could offer on-line.

Now in July we're launching route 280. This runs between Aylesbury, Thame and Oxford. Get the details about route 280. Then towards the end of the year our fourth Sapphire route will be launched in the North East. This is service 7 between Darlington, Newton Aycliffe and Durham. More information will be available in due course.


Despite this on-line "secrecy", the route was launched at Walworth Castle Hotel ... 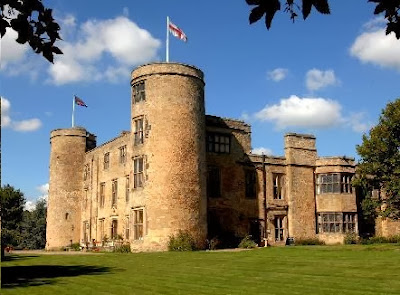 
Walworth Castle is a 16th-century mansion house, built in the style of a medieval castle. It is a Grade 1 listed building. It was completed around 1600, probably by Thomas Holt for Thomas Jenison. It stands on the site of a former manor house or castle built in the 12th century by the Hansard family. The estate passed through the hands of the Ayscoughs and Aylmers besides the Hansards and Jenisons, and became a prisoner-of-war camp during World War II and then a girls' boarding school after the war. It has been an hotel since 1981.


The super-posh launch was made ultra-posh by the presence of royalty! Yeah, right! 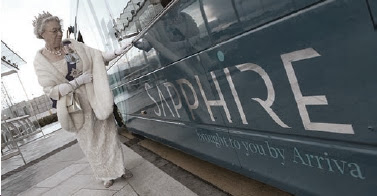 Sadly, fbb does not get invites to Arriva's knees-ups, so was not able to share a few tips with "Her Maj". 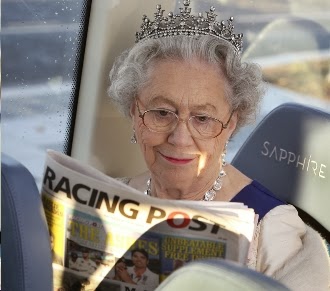 But, had the chubby one been scouring the interwebnet a few weeks back, he could have entered the competition.

The new Sapphire service will launch on route 7 on 6th December, but you could be coming to our launch event at Walworth Castle on 5th December! All you have to do is email us at comp@arriva.co.uk and tell us the name of Prince George's parents and you could be joining us. 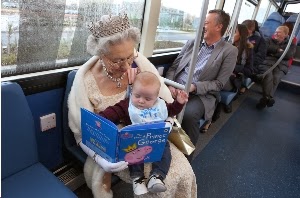 Prize includes: 2 tickets to the launch event; Overnight stay for 2 at Walworth Castle on 5th December 2013; Evening meal and Bed and Breakfast.

Had fbb spotted this opportunity, he would have entered; despite the difficulty of the question.

Whatever the quality of the launch and consequential on-line publicity, Sapphire is raising the profile of public transport in Arriva's heartlands. There is some evidence, too, that the hype is attracting more passengers.

Not too far away, in Wales actually.

The Welsh transport minister was reporting to the Assembly ...

Whilst this is a commercial matter for the company, we are disappointed that Arriva Buses Wales has taken this decision. I have today spoken to the three local authorities concerned and will be convening an officials group to report back to me by the end of next week with options for maintaining services. I will make a further statement in due course.


On 1 October Arriva Buses Wales announced that it had begun to consult staff on its proposals to close its Aberystwyth depot and its associated withdrawal from providing certain bus services in north and west Wales. This decision would affect the following services:

The BBCs report is available (here)

Is Arriva really saying that there was no hope for Ceredigion? What has the company done to promote hese services? The PR overspill from such a Draconian chop has been disastrous for the company. Or is Arriva playing Russian Roulette with the Welsh Assembly because of dis-satisfaction with their current public transport policies? Uncle Brian is playing the same game in Newcastle, so it must be a good idea (?).

As an aside, Traveline is still quoting Arriva's services in its journey planner and timetable sections for queries after 21st December, with only a week to go to the pull-out ... 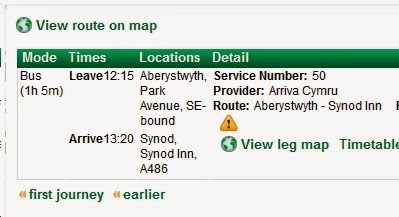 ... albeit with a yellow warning triangle saying that the information was wrong. 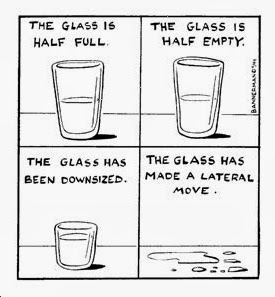 We are half way through our teeter through the testaments looking at the "complete" Christmas. Your resident blog poet (for want of an alternative, polite, word!) has a favourite story from the Bible Book of Judges. Offered without comment, we present ... 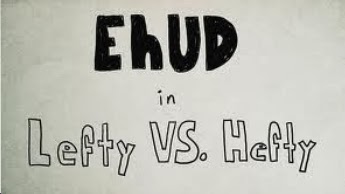 Eglon the King was horrifically fat;
For most of the day on his throne he was sat,
High in his palace with cool air and view,
Until, sad to say, he needed a poo!

He had a back staircase so that he might
Waddle on down well out of sight.
He could heave himself up with a grunt and a groan
And recover regality once back on the throne.

He despised all the Hebrews and treated them bad;
He taxed them and stole, took all they had.
"God's punishing us, it's what we deserve;
We've abandoned our faith; it's false Gods we serve!"

But up steps young Ehud, a left handed bod,
One of the few who still stuck with God.
He wouldn't be searched 'cos lefties were never
Recruited as fighters; now isn't that clever?

So he carried a sword hid 'neath his cloak.
He took all the taxes to Eglon; and spoke
"I've a message from God; it's private my King,
We don't want your servants all listening in."

Ehud, thought Eglon, he is nothing to fear,
So invited the Hebrew to talk nice and near.
He told all his henchmen, all toadying bores
To push off outside and close all the doors.

"So give me God's message, with no ifs and buts,"
And Ehud then stabbed him, right in the guts!
The sword was enclosed by the fat of his tum
And stuck out the back through the crack of his bum!

Grunting and groaning he fell to the floor.
His servants stood listening outside the door.
Ehud then fled via the King's secret stair;
The servants just waited; thy just did not dare ...

... Interrupt Eglon because they perceived
He'd been to the loo yet not fully relieved!
After waiting a bit till the King had recovered;
They tiptoed in and quickly discovered ...

... The blood, blubber and guts all over the place,
And Ehud had gone, too late to give chase.
The tyrant was dead, the Hebrews were free,
Released from King Eglon's cruel tyranny.

At Hebrew headquarters they began to rejoice;
Young Ehud spoke up with a more powerful voice.
Follow me and our God and have no more fears.
They did ... 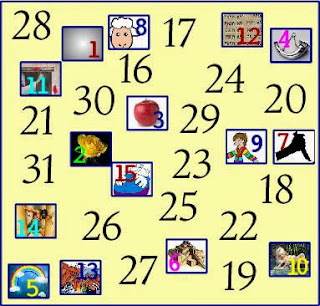