It Takes no Efford at all to get to Effort

More from First versus GoAhead in Plymouth 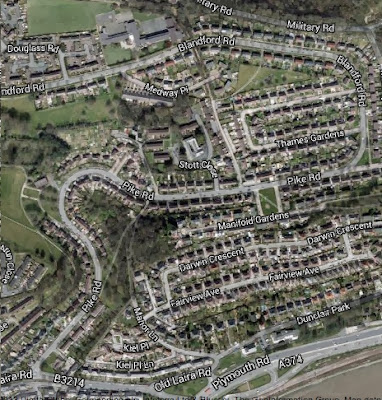 Efford is a large, mostly post-war, eastern suburb of Plymouth It stands on high ground above the Laira estuary of the River Plym and variously offers views over long distances: to the north across Dartmoor, to the east and south-east across the South Hams of Devon. It has a core of home owners but is predominantly made up of ex local authority and housing association properties. 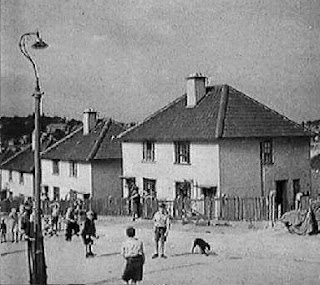 Before this land was built on, it was known as 'The Wilds of Efford', which was largely unspoilt countryside and marsh land. 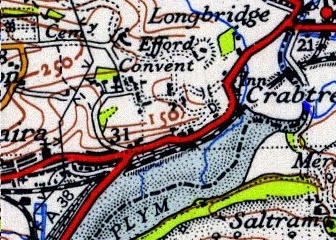 A theory for the name is that 'Efford' comes from the 'ford', which spanned the Plym from Crabtree to Saltram House. It was only usable during low tide 'ebb', hence the name ebb-ford and later, Efford.

Two building of historic note have/had their place in Efford. 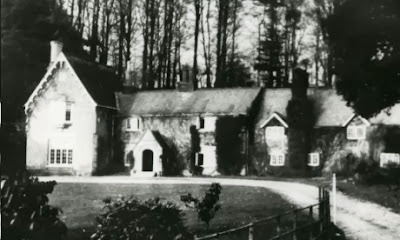 A Carmelite Convent took up residence in Efford Manor and was designated a closed community (no contact with the outside world) in 1919. This building has gone. Up on the hill is the remains of Efford Fort, built in 1863 to defend England against a possible French invasion. 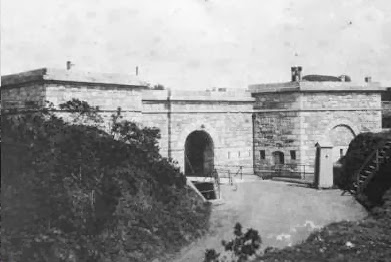 This is now ruinous.

Whatever its history, Efford provides a good customer base for Plymouth City Bus routes 8 and 9. 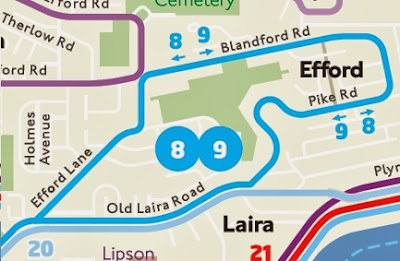 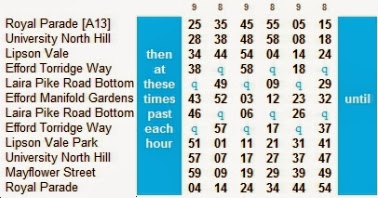 This provides 6 buses an hour, fairly evenly spread, on he busiest parts of the estate, provided that you can remember on which side of the road to wait! Rumour has it that, with its short running time (approx 20 minutes) and its good bus territory demographic, it is one of the more highly profitable of City Bus [CB] routes.

We know that First Bus is under attack from CB and has pulled out of most of its traditional services to Plymstock. See "Collusion Confusion? : Competition Contention? [3]" (read again)

Clearly the company has decided to hit back at CB where it hurts and so started "Purple" route 6 on Sunday 27th October. 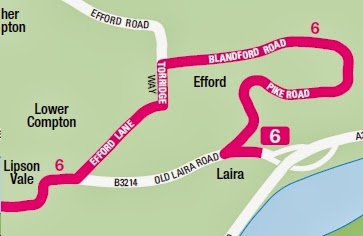 This is identical to CB route 8, except that it does not loop. Instead of following Old Laira Road back into the city ... 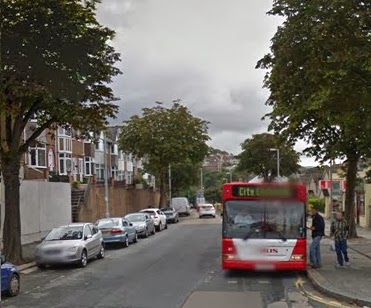 ... it turns left then terminates at the roundabout here ... 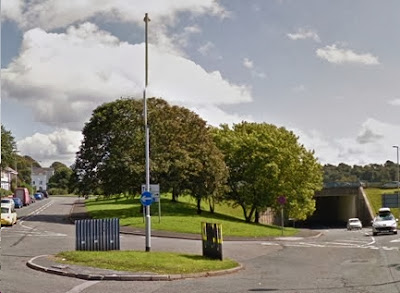 First's 6 runs every 15 minutes and, by not "looping" actually offers a better "direct" frequency than Plymouth over the busier sections of the route.

But now First play their trump card, their "coup-de-grâce". 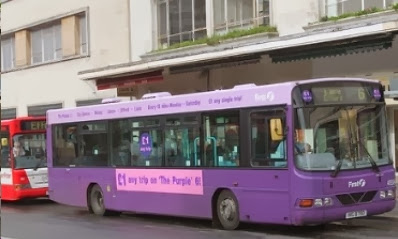 But, surely CB must respond?

Well, if all else fails, fbb has found an interesting potential business diversification which might help First's profitability.

It's a mobile catering business! And it's purple!

Well, First are really going for the quality look with this ain't they! Looks like some independent operator had bought an old bus and didn't bother to repaint it just stuck a few stickers on. Shame on First for this.

Are First Group still "Transforming Travel", or have they forgotten that strapline of theirs?

LOL!! Oh they're transforming it all right ...

Next bus blog :Saturday 2nd November
Posted by fatbusbloke at 02:00