North Somerset Coaches was founded in 1969, and grew through the 1970’s operating a variety of unusual coaches serving many long-standing local customers. The fleet livery was initially white and black, which changed to cream with orange and brown stripes in the mid-1970’s. 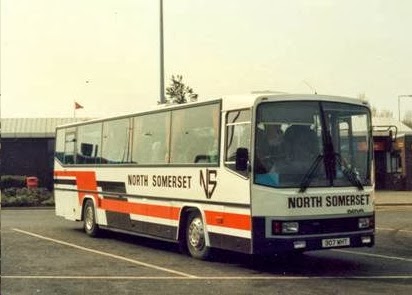 This in turn gave way to more plain schemes in the 1980’s, and overall white or red in the 90’s The founder decided to take early retirement in 2007 and the company changed hands; the new owner taking on the challenge of bringing the company into the 21st century. 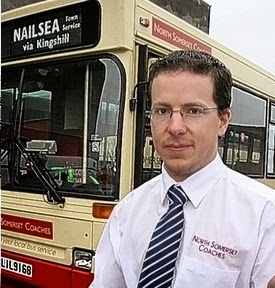 Investment in modern vehicles, and diversification into local bus services, has seen the company profile raised and the name now firmly re-established around Nailsea and Backwell.

The main commercial bus route is (until the close of business today) the 55 / X54 complex. The 55 operated three Monday to Friday return trips from Bristol ... 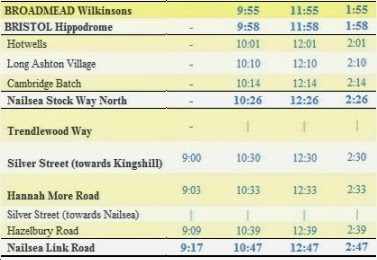 ... running in a big loop at the Nailsea end. 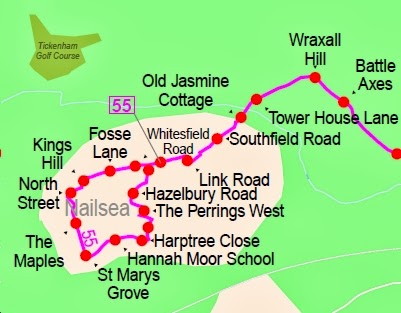 FirstBus X8 serves Nailsea every 30 minutes (but not via Wraxall Hill), continuing hourly to Clevedon and hourly to Portishead. 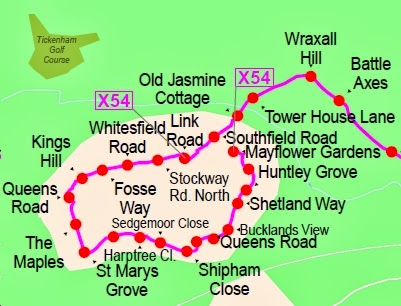 The mainstay of these North Somerset Coaches routes are / were two ex Brighton Tridents ... 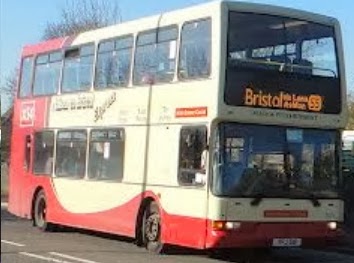 What makes this farewell more memorable is that boss David sent an on-line letter to his loyal customers explaining why he was closing down his bus operations. The letter goes on (quite a bit!) but can be summarised as follow:-. "I am fed up with trying to do a good job and being hampered by bureaucracy." Here are a few extracts:-

Remember the Bristol City Centre situation this summer when the council “forgot” to notify, let alone consult, anyone but the dominant operator until just two weeks before the three month closure of Union Street began?

Maybe FirstBus was also miffed at such short notice? Doesn't make it right, though.

I’ve also been asking Bath & North East Somerset Council to cut overhanging trees on the 191 route for six months but they will not carry out this statutory duty. 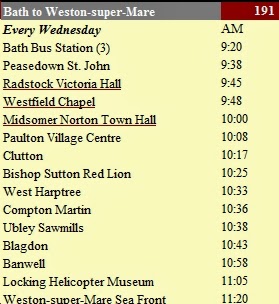 Actually, David, the responsibility is on the owners of the land on which the trees grow; which might be the council. When fbb ran an open top bus, he and his lads went out and did it themselves!

More and more money is being allocated to them (local authorities) by central government for specific projects. This is being mismanaged in its actual distribution so you, as customers of a small local business, cannot benefit – projects such as free WiFi, Real-Time information and on-bus next-stop announcements to name but a few. 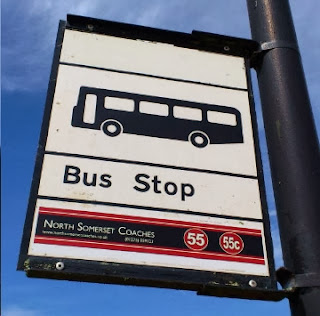 Events this year, such as the removal of our timetable and bus stop information by council officials because we stood our ground over unreasonable charges (the highest in the UK at £8.77 per stop) for their substantially incorrect information at bus stops.

The customers of the Wessex route 3 would say "Amen" to that!

Having to engage professional consultants, at significant cost, to force payment of the correct amount of concessionary fares reimbursement.

According to at least one local contact his services were well run and, above all, reliable.

There are two possible responses to David's desperate dilemma. Some would say "tough luck mate, you tried and we all appreciate your efforts." Others would be less sympathetic and offer a "Job's comforter" commiseration. "No-one forced you to run buses; if it's too hot, get out of the kitchen!"

Well, for David, it was and he did!

There is a modicum of good news for Nailsea bus customers, however. Another local operator, who has had his share of hassle ... 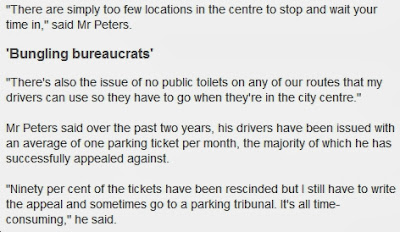 ... takes over from Monday. 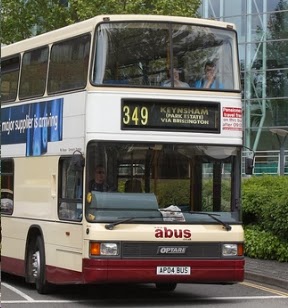 Perhaps Mr Peters (Alan, as in "A" bus) will cope better? 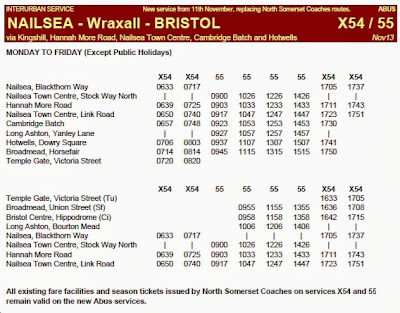 David Fricker will continue with his successful coach tours and hire business. 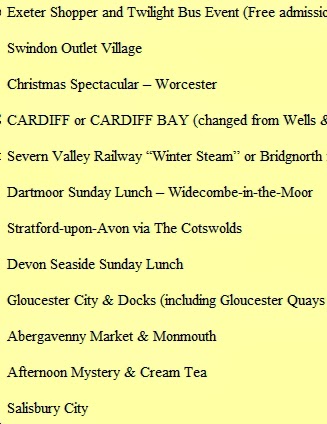 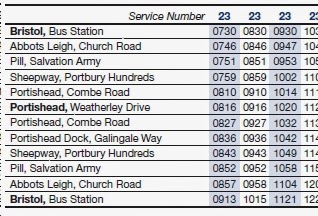 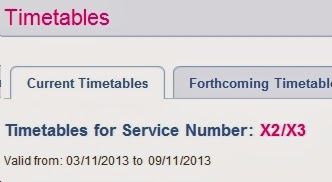 However on the main "front page" you get a link (via "Journey Planning") to this:- 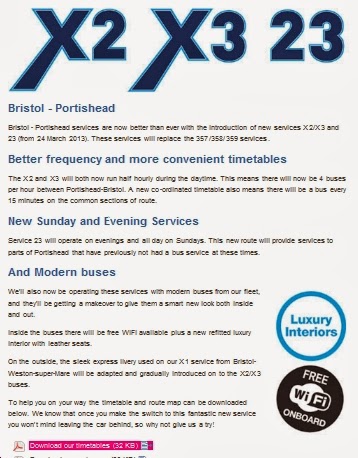 Clicking on the "dowload our timetables" (pink highlight) gives this:-