Blog readers who enjoy luge, bob-sleigh and ski-jump in their spare time (just like fbb - NOT) will remember that, in 1992, the Winter Olympics were centred on Albertville, France. 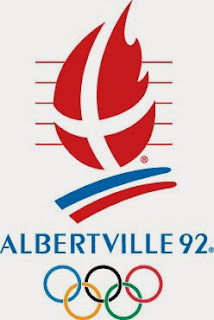 The modern city of Albertville was formed in 1836 by King Charles Albert of Sardinia, who merged the medieval town of Conflans, which has buildings dating back to the 14th century, with the town of L'Hôpital. Since then, Albertville has developed trade between France, Italy and Switzerland. Industries such as paper mills and hydroelectricity can be found along its river.

The 1992 Winter Olympics were organised in the Savoy region, with Albertville hosting it. Some of the sports venues were later adapted for other uses. Some sports venues still remain such as the ice rink ... 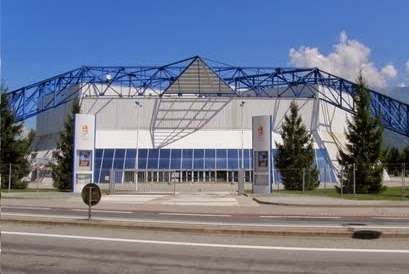 ... designed by the architect Jacques Kalisz, although the town is more industrial than touristic.

The railway station, seen here in 1930s with buses and coaches lined up ready for passengers ... 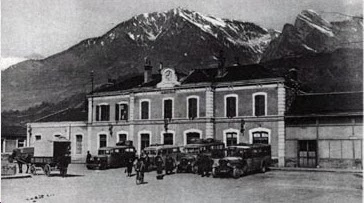 ... was substantially rebuilt and extended for the 1992 festivities. 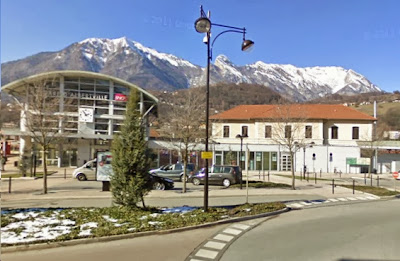 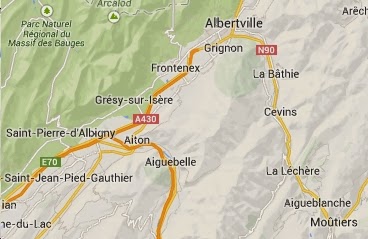 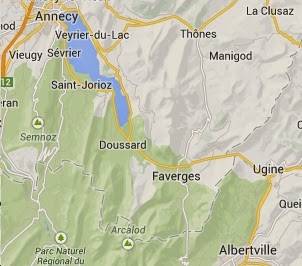 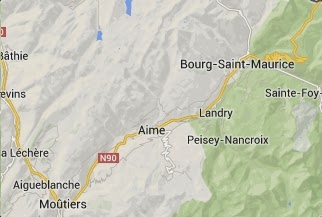 The line between Annecy, Ugine and Albertville closed to passengers in 1938; although an unadvertised workers train ran from Albertville to Ugine until 1952. The remaining sections were electrified in preparation for the 1992 Winter Olympics.

Looking south from near the station we can see that passenger trains from from Chambéry via Saint-Pierre-d'Albigny to Moûtiers and Bourg-Saint-Maurice reverse direction at Albertville. 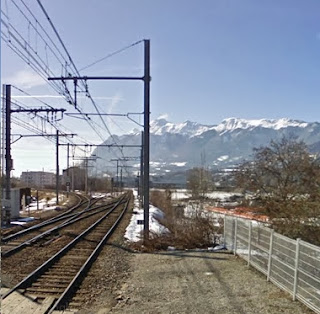 This somewhat dated video, with commentary in French, gives a taste of the passenger line; it ends with reference to the the busy ski season when TGV "specials" operate via Albertville in addition to the relatively humble TER multiple units.
You may hear the words "ligne de La Tarentaise" which refer to the valley through which the line runs.

But the diesel-worked freight line continues north to Ugine. After the suburbs of the town, the line plunges into a tunnel; and after the northern portal ... ... we notice the massive Health and Safety protection for road users!!

The one intermediate station ... 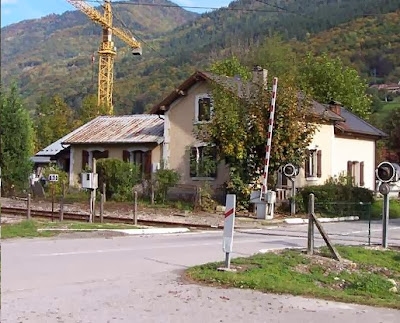 ... Marthod, still stands but is in private ownership. The single track runs alongside the dual carriageway D1212, another construction for 1992, until the approaches to Ugine where a junction with the line to Ugitech works is made. 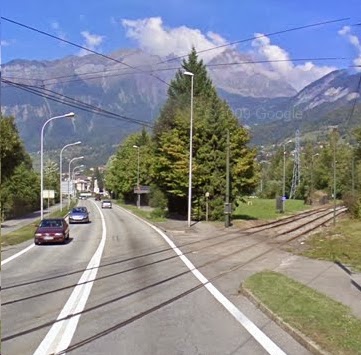 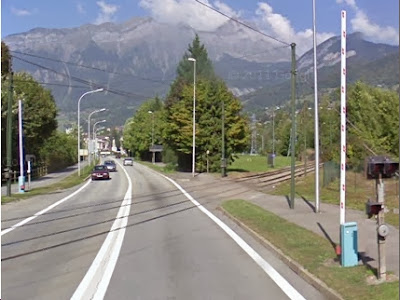 The sidings seem to be worked as follows. The SNCF "fret" loco hauls its load into a loop at the former Ugine station. Here the loco runs round the train, splitting it into smaller sections if necessary. The trucks are then pulled a few hundred yards back towards Albertville and reversed into the exchange sidings. 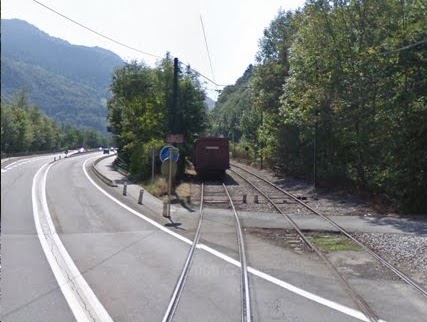 The wagons are then collected by the Ugitech loco and taken into the works complex. Readers with good interpretative skills might just be able to spot a line of wagons inside the works on the aerial picture ... 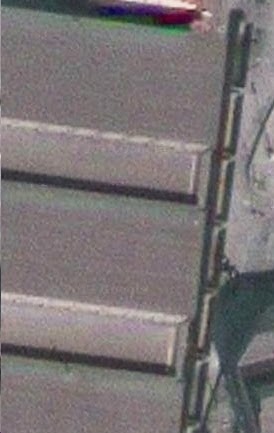 ... and another four parked in the exchange sidings. 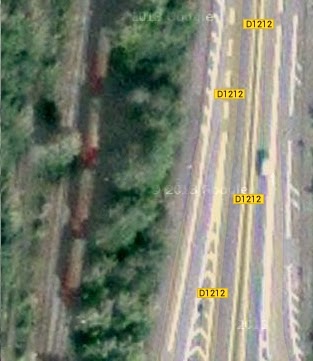 fbb just wishes he could remember the number of that main road from Albertville.

Between Ugine and Annecy the track is closed ...


Next Ugine to Annecy blog : Thursday 28th November
Posted by fatbusbloke at 02:00