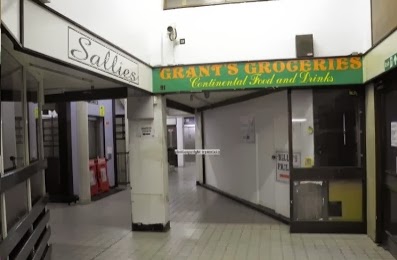 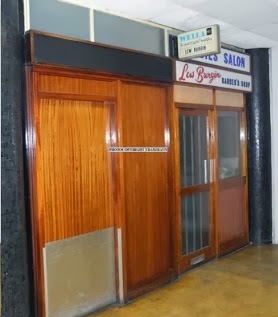 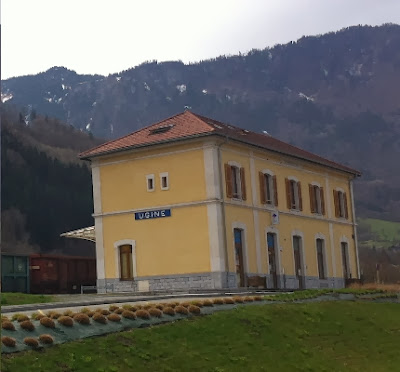 ... photographed by chum David with a line of trucks in the platform and ... 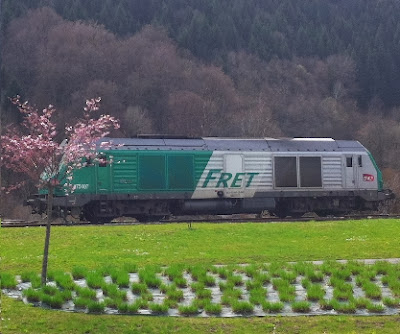 ... an SNCF "Fret" (freight) diesel loco, class 475. To grasp why the railway is still open from Albertville to Ugine, we need to meet this man:- 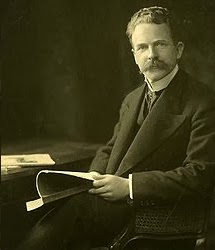 In summary (and in English) he was a superbly clever metallurgist who invented an electric furnace process which led to his opening, in 1909, of a metal works in Ugine.

He was a man of great social responsibility, providing medical facilities and even accommodation for his workers. He called this block (centre and right) his ... 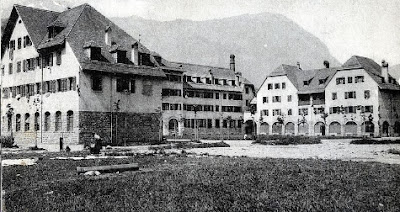 ... phalanstère; the idea named after the Greek word "Phalanx" for its distinctive shape.

A phalanstère (or Phalanstery) was a type of building designed for a utopian community and developed in the early 19th century by Charles Fourier. Fourier named these self-contained communities, ideally consisting of 500-2000 people working together for mutual benefit, after the phalanx, the basic military unit in Ancient Greece. Though Fourier published several journals in Paris, among them La Phalanstère, he created no phalanstères in Europe due to a lack of financial support. 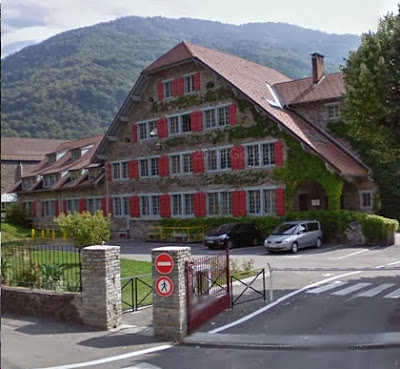 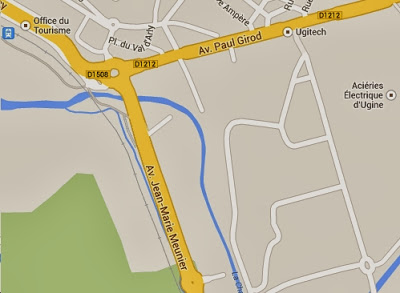 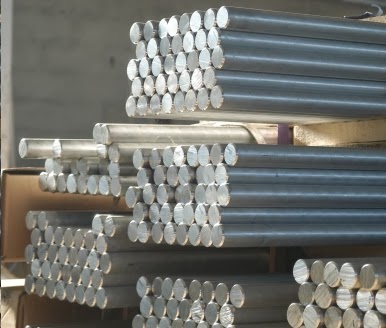 Ugitech (the modern name for Girod's company) uses scrap metal as a raw material and much of this arrives, loaded in bogie open wagons, by train. 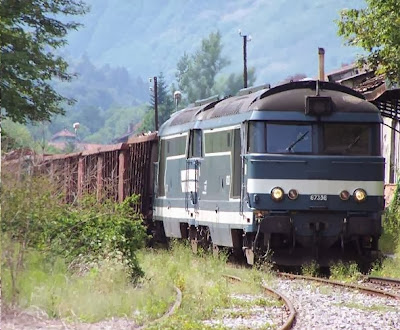 The site has / had a substantial internal rail network which fbb has highlighted on the aerial view. 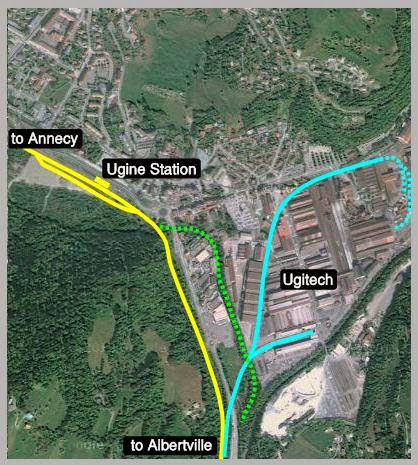 yellow  indicates SNCF metals,  blue  shows the main sections in use in the works and dotted  green  is one of the rivers whose waters supplied the power for the early days of the factory. Ugitech owns its own diesel loco (locos?) as exemplified by this picture:- 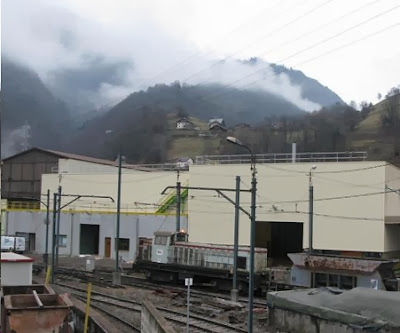 But the snap creates an as-yet unresolved mystery. What is that overhead electric stuff doing? Lorry-driving David has been dispatched to Ugine as soon as poss. to find out.

Tomorrow, we teleport south to Albertville to take a look at the railway between there and Ugine.


Next rail blog : Wednesday 27th November
Posted by fatbusbloke at 02:00