The Trouble with Torpoint [2] 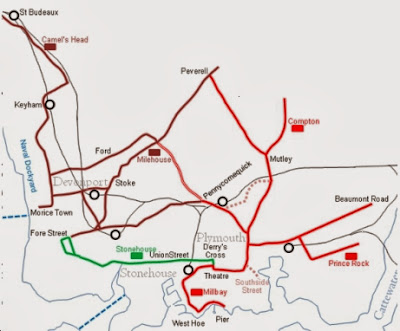 ... with routes operated in the three separate municipalites that then came together to form the modern City of Plymouth. The  green  service was by Stonehouse, the  brown  routes by Devonport and the  red  by Plymouth itself. The tramway mergers took place in 1914 and 1921. The "brown" route top left ran off the map to Saltash Passage for the Tamar Ferry; seen below then and now. 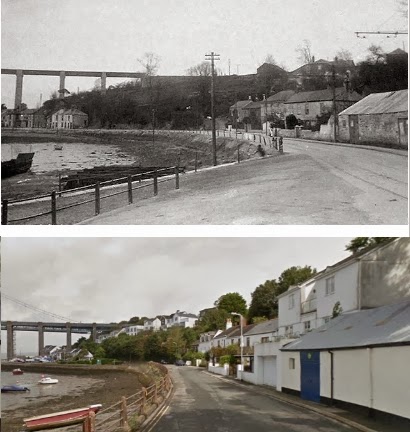 The dotted line was withdrawn very early whilst he lighter line between Milehouse and Pennycomequick was built after the merger. 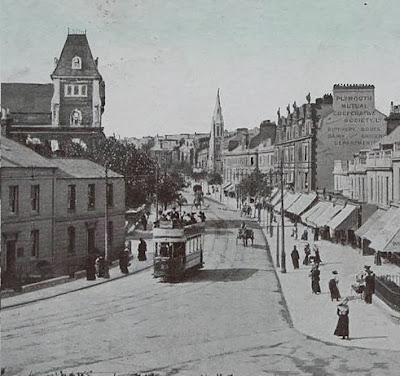 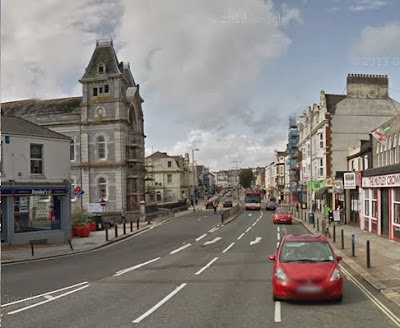 
Most tram services were replaced by buses in the middle to late 1930s, but one route held on, albeit curtailed by bomb damage, until the War ended in 1945. Plymouth Corporation and rival Western National buses were under increasing pressure after the ravages of World War 2; much of the city was destroyed or badly damaged. Both operators had suffered damage to their depots and fleet and so the two companies decided to pool resources under a Plymouth Joint Services agreement. 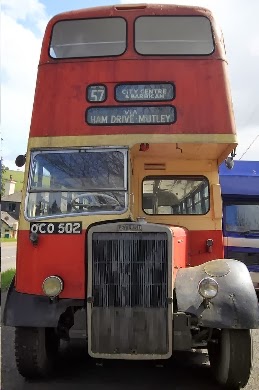 This took effect from 1 October 1942 and resulted in 80% of mileage in the city being operated by the Corporation and 20% by Western National; the receipts were also divided in the same proportion, irrespective of which company operated which routes. 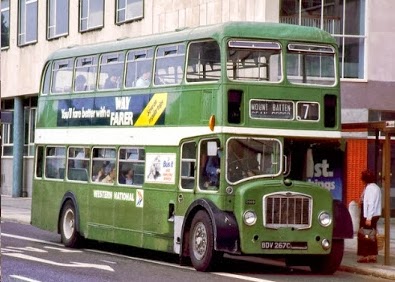 The Transport Act 1985 required all council-owned bus operations to be established as limited companies and brought to an end all operating agreements. This resulted in a 'bus war' between Plymouth Citybus and Western National, its former partner in the Joint Services. Strategies included minibuses ... 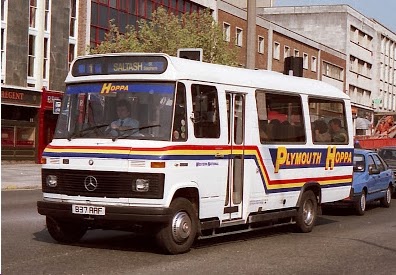 ... operating higher frequencies, and fare reductions. After a while direct competition between the two companies lessened significantly and they largely returned to operating their old routes.

A recent-ish development was a bit of aggression from First in the form of their Ugo network ... 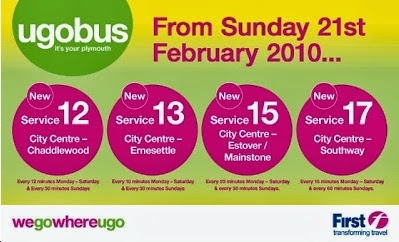 ... sort of fizzled out, leaving a few Ugo liveried buses to remind us of past happenings. 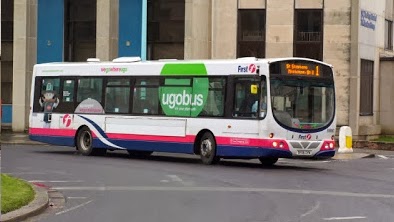 Then along came GoAhead and went ahead to buy City Bus.

Which brings us to 2013 and the former municipality's significant encroachment into First's traditional out-of-town territory; a policy which had started in 2009 when red buses rode eastwards to Plympton in the form of City Bus 5. GoAhead started its "Blue Flash" route 12 to Tavistock, followed soon after by route 32 to Torpoint, both deep into First's territory.

It was a route 32 bus that fbb caught at 1224 from the stop opposite the railway station to observe the consequences of competition 2013-style.


An apology.
fbb's summary of Plymouth tram/bus history
is inadequate but will satisfy a general blog
reader. Looking back over the "Plymothian
Transit" blogs will give more information.

But we hear our readers cry; that's not new. But these vehicles, currently under test in MK are, well, different. 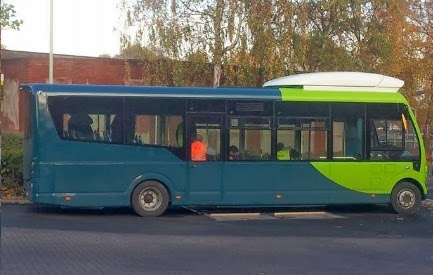 Look closely and you might glimpse a little thingey under the floor. 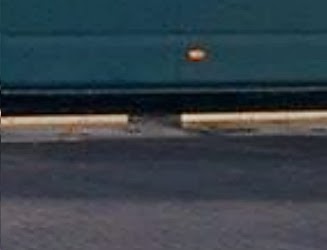 This is for recharging the batteries - but, clever, this - it's not connected with any wires. Charging is by induction. An electromagnetic force in the plate in the road induces electricity in the dangly thingey to top up the potentially bat flattery.

But crossing the road in Milton Keynes might be interesting? 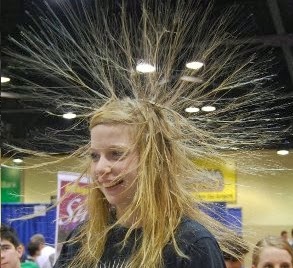 fbb guesses that clever people will have thought of that snag and will design the system to switch the charger off until the dangly thingey is, erm, dangling.

Here is an electric bus on test at Bletchley bus station (?) ... 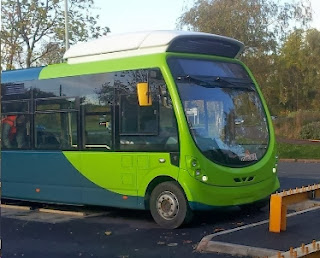 ... with charging plate induction whatsit underneath.

Services should start early in the new year. And apologies for the highly technical language.