An Infestation of Spiders [Part 2]

How to Draw a Spider. 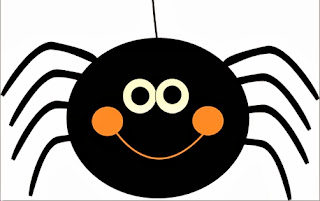 Sadly we are not drawing one of those, but a replacement for a Transport for London "spider" map for South End Green. This is a very small and illegible version of the TfL offering; too reduced to reveal any detail, but adequate to understand the task ahead of us. 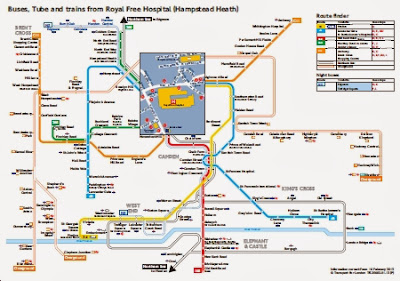 Our adviser is Diana Aggram, retired cartographer, who dislikes both both the hairy and the cartographic arachnid manifestations. Her words of advice and encouragement are shown in blue.

When Harry Beck designed the iconic Underground diagram, he needed an "anchor" round which to develop his ideas.  He chose the Central Line (red) which would run horizontally across the page. 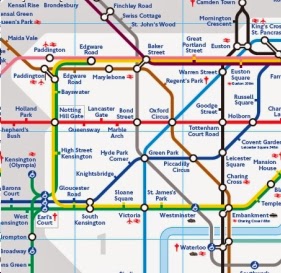 Our "anchor" is the Northern Line beween Euston and Golders Geen. So we draw that first.

Please note that Miss Aggram used Lakeland coloured pencils and a sheet of A4 paper; but, for blogging purposes, fbb has redrawn using a very simple vector graphics program on his (t)rusty old confuser. 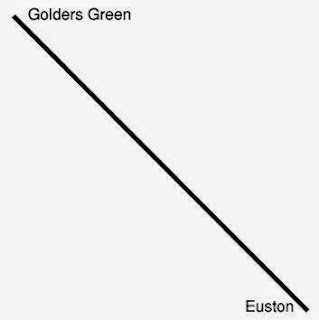 Two bus routes follow that 45 degree slope for a while so we can add them.

Di is using a number of other bits of cartography for reference; a good quality large scale London street map and TfL's area maps of which there are five. She is using the North West and the Central "quadrant" maps. But fbb is sure that the most important piece of supporting equipment is her "brain". She lives at Hampstead. She knows where and why the buses run!

The two routes are the 24 (Hampstead Heath to Pimlico) with those ugly new buses ... 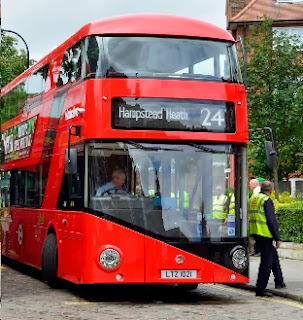 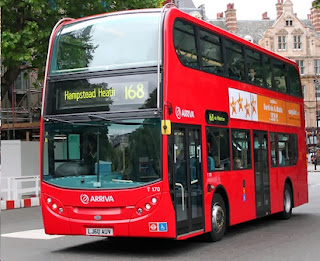 They both aim for the Euston area then turn due south. 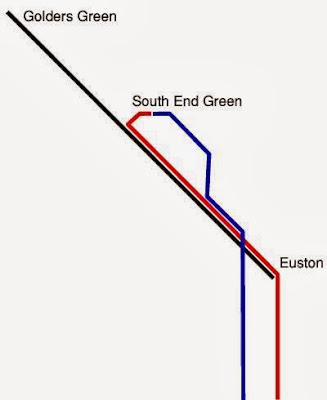 There are three other services to fit in but as these run across the "main lines", thy are not too difficult to draw. 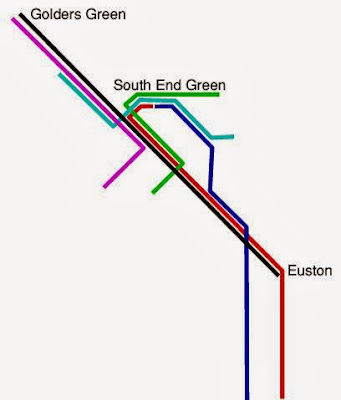 Especially if you know what's going on. But, asks fbb, "What's that purple one? It doesn't serve South End Green? Neither does your black Northern line line. There's no Underground at South End Green." 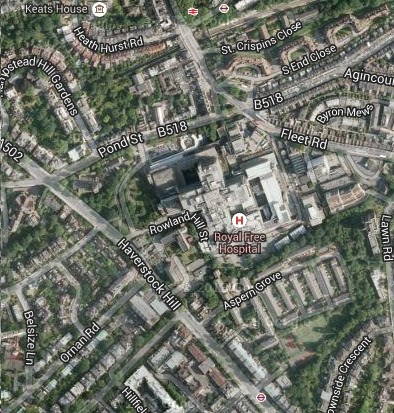 Well done; quite correct; but look at his map! (Yes, Di! fbb obediently looked and remembered.) Hampstead Heath Station (Overground) is at the top with South End Green just below.The huge block (centre) is the Royal Free Hospital. The (purple) 268 runs along Haverstock Hill stopping at the end of Rowland Hill Street for the Hospital. 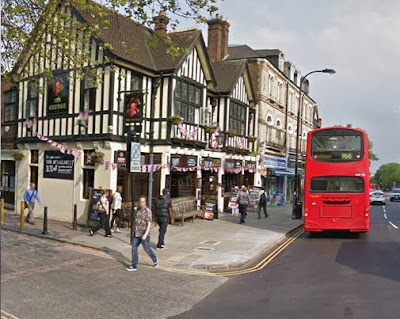 Rowland Hill Street to the left 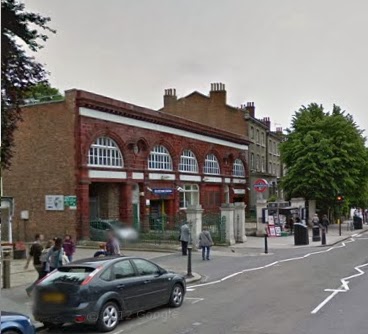 And it's not that far to walk back from Belsize Park if you're coming by Northern Line. TfL is not completely stupid. There is a sign to the station at the end of Pond Street ... 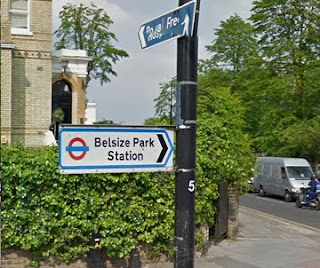 ... although I'm not sure many people notice it.

fbb wonders, in passing, whether there is a sign to the Hospital at Belsize Park station? No doubt some knowledgeable blog commentator will know.

fbb's questioning continues. "TfL has added railway lines to its spider maps. Even I know that they are a mess. What would you do?"

It's not as difficult as TfL has made it; but then they have used outside contractors and a computer system; so there alway was a good chance of c*** results. But have another cuppa and one of my rock cakes and we'll have a go. 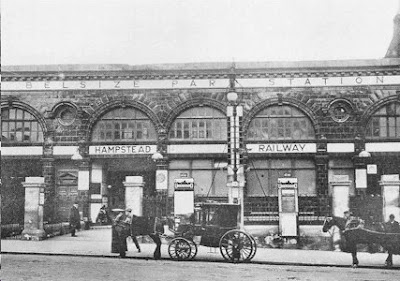 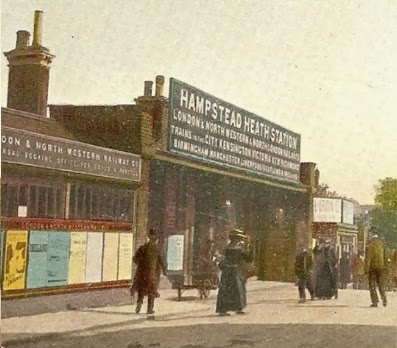 
What is becoming obvious, however, is that the official map is a poor attempt. Some would argue that a diagram is just that; geography is unimportant. Certainly Harry Beck's Underground map and its successors play fast and loose with on-street accuracy.

Queensway to Bayswater; change at Notting Hill Gate OR walk about 400 yards down the road from Bayswater (canopy, right) to Queensway (trees in the distance)? 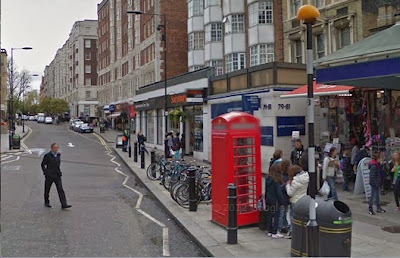 Going via Notting Hill Gate is very much a long way round.

So does the TfL/Kartor collection of convoluted squiggles matter? It does matter if it misleads people, for example, by suggesting that the Northern Line is an indirect route from Belsize Park to Waterloo; when, in fact, it is the obvious and quickest way!

... requesting the price of a single fare from Bristol to Cribbs Causeway.

... requesting a copy of the "new" Yeovil timetable book.

Guess who has replied?