An Infestation of Spiders [Part 4]

But a slight diversion. 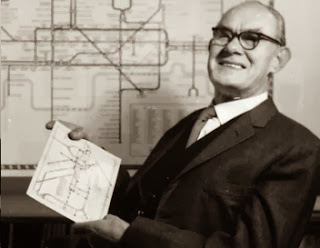 Henry Charles Beck (4 June 1902 to 18 September 1974), known as Harry, was an English engineering draftsman best known for creating the present London Underground Tube map in 1931. Beck drew up the diagram in his spare time while working at the London Underground Signals Office. London Underground was initially sceptical of Beck's radical proposal, an uncommissioned spare-time project, but tentatively introduced it to the public via a small pamphlet in 1933. It was immediately popular, and the Underground has used diagrammatic maps to illustrate the network ever since. 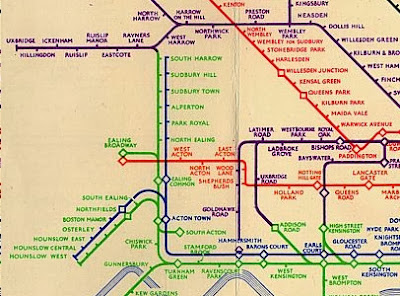 The gestation, birth and development of this iconic diagram is expertly told in Ken Garlands fascinating book ... 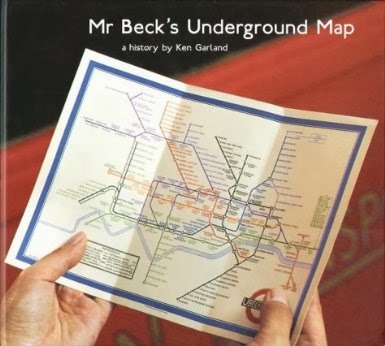 ... available, as they say, from all good bookshops. 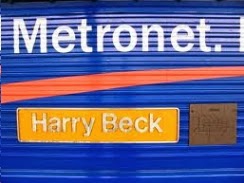 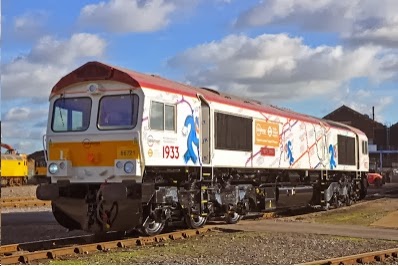 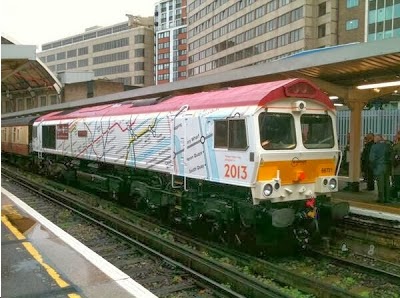 As well as his battles with London Underground management, Garland's book also charts Beck's repeated efforts to make his diagram better. Kings Cross St Pancras took years to resolve and he was never fully satisfied with the area around Paddington.

The dilemma then (as now) was how to balance simplicity for the travelling public against the dangers of confusion. Paddington is still a problem ...

... with the current Underground representation hiding some important truths. There are three "Underground" stations to add to the "Main Line" terminus. 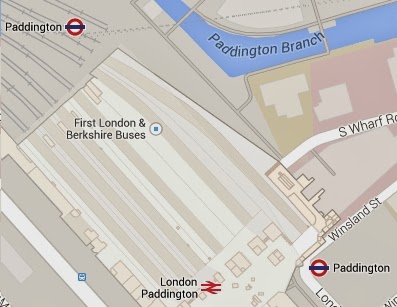 The Hammersmith and City platforms [              ] are "surface" lines; they are adjacent to the station "throat" (top left). The station was originally called Bishops Road. So to make your way to the other lines you have to leave the surface "Underground" via a set of barriers and he main station footbridge ... 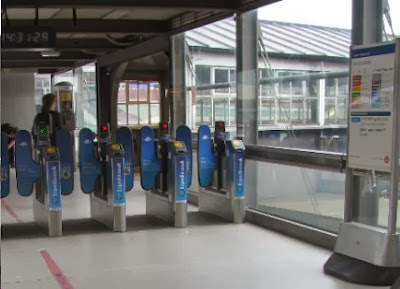 ... walk the full length of the National Rail platforms and start again at the city end. Even this is not the whole picture. The logo (bottom right on the map above) is, historically, the main entrance to the Circle and District line platforms [                ], underground but very near street level (technically called th "sub-surface" lines). 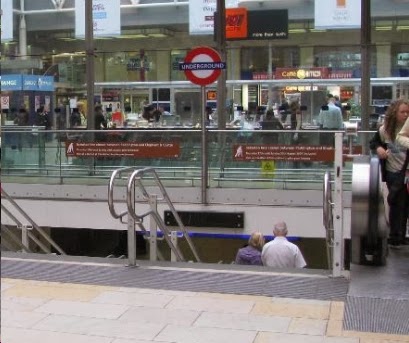 The historic access to the deep-level Bakerloo tube [         ] is a poky entrance not shown on the map above. 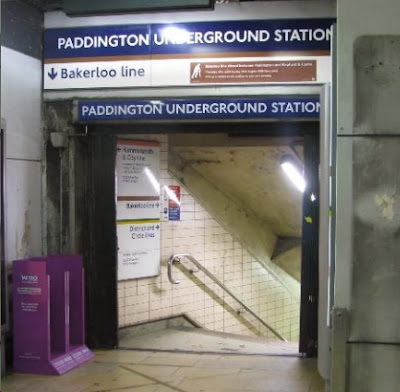 These latter two are linked below ground but with an equally poky corridor often jam-packed solid with weary commuters at peak times. The line diagram is hopelessly inadequate and often misleads the unwary; BUT it is difficult to make it any better. Ideally the brown line should run between the yellow & purple and the yellow & green ; but that makes the situation at Edgware Road seem even more complicated than it really is.

The on-going story of the map is carried forward by another excellent volume ... 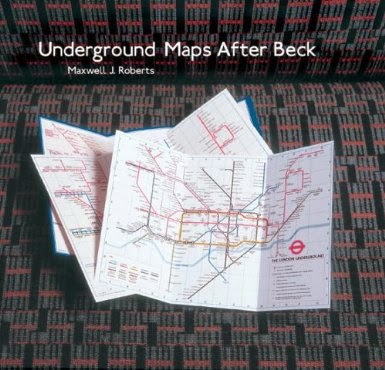 ... by Maxwell J Roberts. He is, of course, the Dr Max Roberts whose circular offering was featured in one of last week's blogs. (read again).

But Dr Max was sore offended by fbb's (intended jocular) use of the work "howler" and e-mailed to say so. So, by way of redress, your blogging author apologises for any upset caused; the word was not intended to impugn the ability and intellect of a much admired expert; but to convey in blogging brevity the blunt truth that ANY diagram which seeks to simplify will create geographical "howlers". How serious such cartographic convolutions might be must always be a matter of debate and opinion. 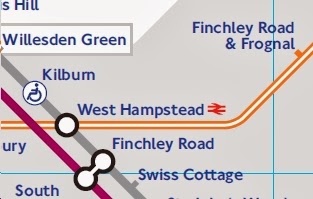 .. and between Camden Town and Camden Road ... 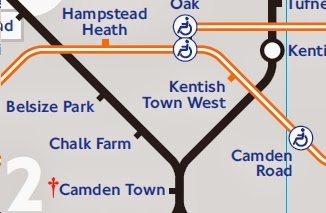 ... are both ignored by the current Tube map.

Both these ticklish teasers need to be tackled by fbb as he completes the South End Green bus and rail "spider" map on the advice of retired cartographer Diane Aggram.

We return to these challenges tomorrow. 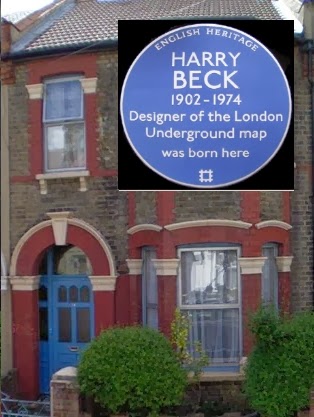 Incidentally, Beck was paid a pittance by London Underground for his work. The map, licensed for tourist stuff and "serious" use, now earns Transport for London £millions every year. 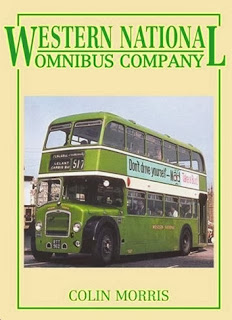 First is a single decker with "round the edge" seating setting off from wartime bomb damaged Plymouth centre for the Topoint Ferry. 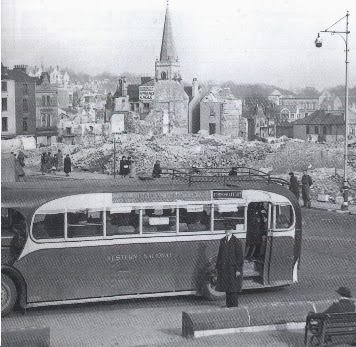 Next is a snap from 1982  a typical vehicle bound for HMS Raleigh with a "Ferrybus" board on the front. 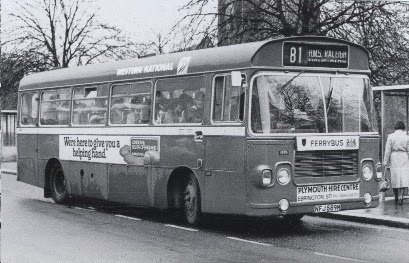 Morris' book gives a thoroughly enjoyable and well illustrated guide to the company's origins and development. There are plenty of excellent photographs; but, for a route and history geek like fbb, only the briefest overview of day-to-day services and operations. Nevertheless, at the Amazon price, an excellent buy.

Next bus blog : Thursday 21st November
Posted by fatbusbloke at 02:00