On Thursday 14th November, in a blaze of glory with fireworks and "Also Sprach Zarathustra", First Aberdeen unveiled the future of bus travel in the city, ‘Platinum.’

Let's hope it is "future" and not the doomed "ftr"!

This follows hot-on-the-heels of the launch of Star in Portsmouth; and, like Pompey's "do", involves a total fleet renewal on the 19 from today. Pedantically perhaps not "renewal" although, surely, most Aberdonians will see them as "new buses".

First Aberdeen has completely refurbished the exterior and interior of 12 of its buses and improved almost every other aspect associated with the journey: 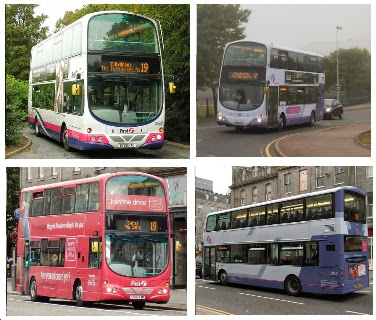 The worthy burgers of Culter and Tillydrone have enjoyed (?) a variety of liveries over he past few years; basic barbie, refreshed anonymous, refreshed Aberdeen and all-over advert. One unusual manifestation, especially in view of the new branding, has been adverts for a local jeweler complete with LED jewels. 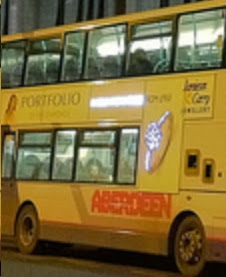 Not a new idea; fbb remembers FLF's with side advert panels internally lit. 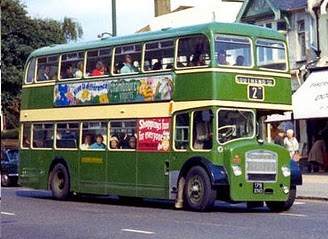 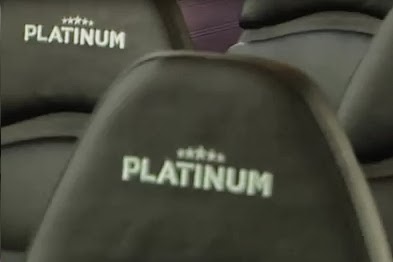 The wifi certainly complEments (i.e. adds to) the journey experience; but how much does it cost? Is it complImentary (i.e. free of charge)? 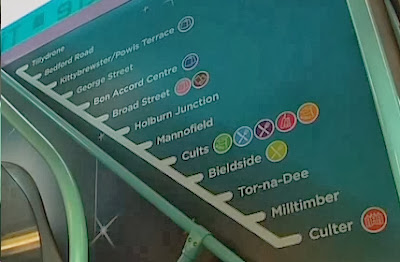 50 of First’s best drivers will receive enhanced customer service training and will operate on the Service 19 route. 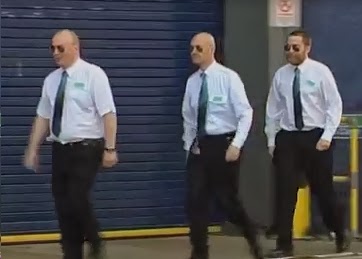 
The company has introduced a no quibble guarantee which will enable customers to claim a free journey should they be unhappy with any aspect of the service. From today (November 14) Service 19 customers can access a dedicated Platinum website which features specific travel information, ticket information, latest news and maps. www.firstgroup.com/platinum. 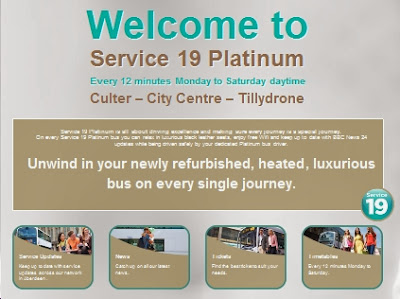 Sadly, it wasn't working on 14th or 15th (early) but had appeared on Saturday! This is not the first time that First's web management has found disfavour in this blog. It is such a pity that "good things" are spoiled by easily-overcome on-line bludners. To emphasise the point, the route map on the "Platinum" site ... 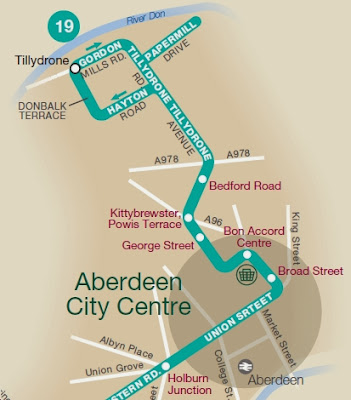 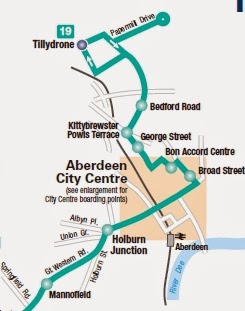 Yet the link from the timetable page takes the user to the inferior product. Could do better!

But, minor carping aside, this has been yet another example of the changing face of First.

Well, you've read "the book", now watch the film!
There can be no doubt now that First Bus management folk are determined to drive quality (and profitability!) forward and grow the market. Current company results show that it's working. Hooray!

Two final thoughts. One : does First Aberdeen management know that there is already a shiny platimum route operated by *rr*v* in Milton Keynes? 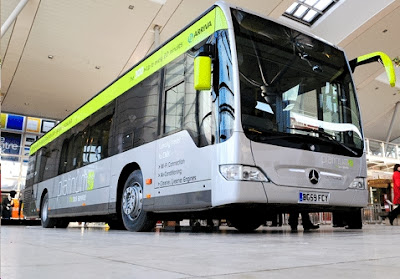 ... and Two : where do we go next with precious metals? The most expensive "readily" available is ... 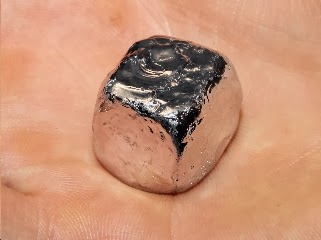 ... Rhodium which is twice as expensive as platinum!

Rhodium is a chemical element that is a rare, silvery-white, hard, and chemically inert transition metal and a member of the platinum group. It has the chemical symbol Rh and atomic number 45. Naturally occurring rhodium is usually found as the free metal, alloyed with similar metals, and rarely as a chemical compound in minerals such as bowieite and rhodplumsite. It is one of the rarest and most valuable precious metals.

Or, of course, you could go transuranic. 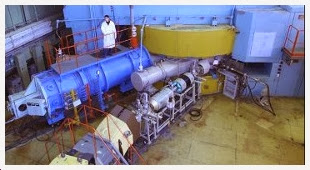 These are elements that need huge amounts of power and complex equipment to produce and they only survive for a few microseconds.

Element 116 is  livermorium (Lv) named after the Lawrence Livermore National Laboratory (California) and discovered in year 2000. Since then, about 35 atoms of livermorium have been produced, either directly or as a decay product of ununoctium (element 118), belonging to the four neighbouring isotopes with masses 290–293. The most stable isotope known is livermorium-293 with a half-life of ~60 ms.

Perhaps not such a well-known name as Platinum? Maybe, then, less than ideal as promotional tool? "Ride the Liverpool Livermorium? Hmmm?