It's What we Pay our Taxes For! 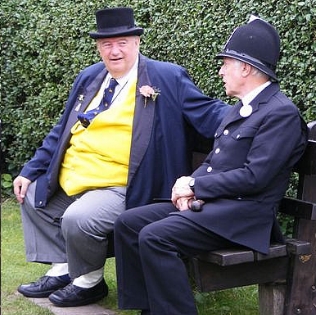 ... has, at last, been out with his pack of Blu-Tack. Firstly he has stuck up a copy of the Stagecoach "diversions" leaflet, nice and low so you have to kneel on the floor to read it. 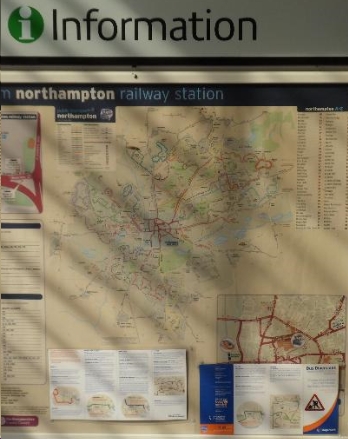 And there's more! An equally pathetic list of departure times and stop locations has nearly covered up the hopelessly incorrect map of the station area; but has made sure the non-existent stops are still clearly shown. 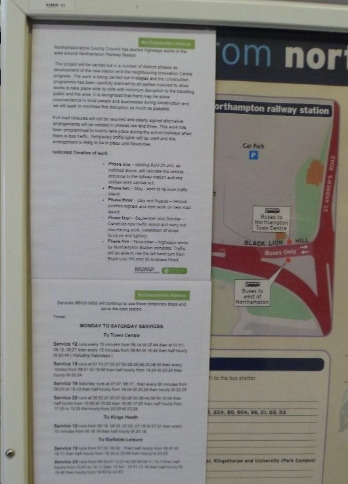 Particularly helpful are the times for service 19 Monday to Friday daytimes; a service which goes nowhere near the station! The notice recommends that you catch it to get to the town centre. As usual the print is so small and the text so complex that nobody will stop to read it.

CORRECTION : The 19 DOES run from Station to Town Monday to Friday but NOT in the opposite direction. It performs a huge one way loop. So apologies for this unwarrented slur on the Fat Controller. And here is a picture of a 19 at St James on the way to the station and town centre. 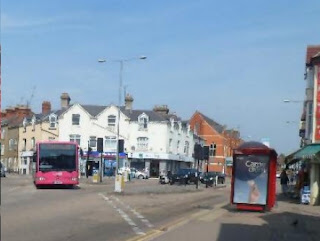 Thanks to Alan, Northampton investigator, for putting fbb right; AGAIN! But it's no wonder we are all confused! And frankly, the notices don't help.

There are still no directions to the temporary bus stops at the station itself and nothing even remotely pointing towards the town centre.

Anyway, it's good to know that our council taxes are well spent. 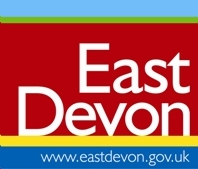 A few days before their trip to York, the fbb's were enjoying a convivial cup of mid-morning coffee when a terrifying, almost apocalyptic roaring noise disturbed their beverage break. It sounded like a huge jet plane taxiing along Harbour Road. 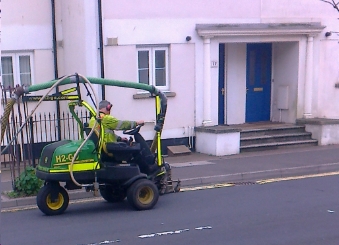 It was a tiny little 3-wheel thingey, complete with driver in high-viz jacket and ear-protectors, linked by a monstrous umbilical tube to ... 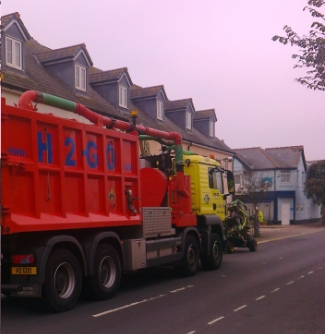 ... a huge lorry. The two came as a set, because there was a ramp and storage space for the trike on the back of the loudly roaring brightly coloured beast. 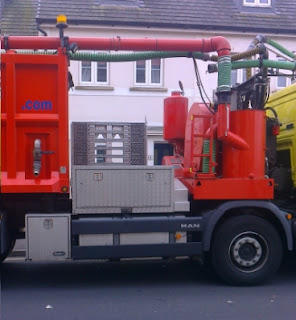 The whole combo moved at walking pace along the road, obviously serving some significant purpose in highway inspection or maintenance.

Then fbb spotted its purpose.

It was a huge version of a carpet cleaner; apparently sucking stuff up from the road. 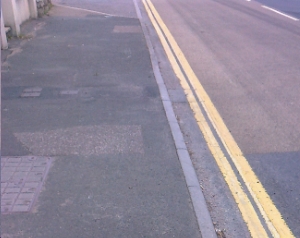 It was removing one of the double yellow lines that graced the road outside the fbb's front door. 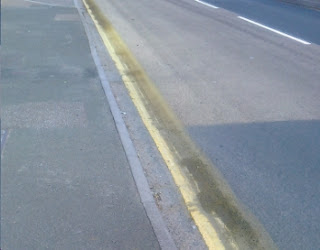 The beast even had a name; it was dubbed ... 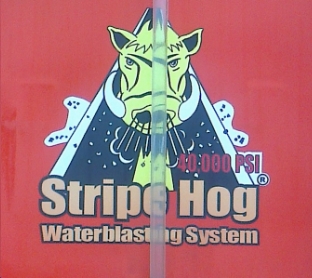 ... "Stripe Hog" and apparently worked by blasting water at very high pressure and then vacuuming up the resultant debris. Very cool! 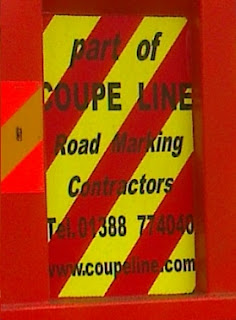 Well, fbb was very excited; because finding on-street parking in sunny Seaton is a bit like panning for gold in the canals of Wigan; a thankless task. A reduction from double to single line restrictions would be a great help.

Anyway, fbb retreated from the banshee blaster to finish his now tepid cup of coffee and await developments. And the excitement and anticipation continued when the machine returned to suck up the second yellow line. 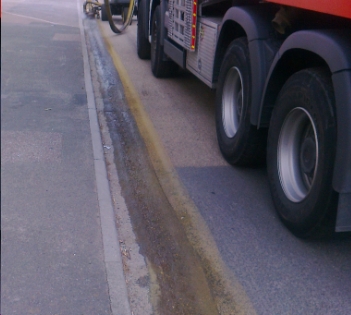 Clearly recent publicity from the Minister of Parking Pickles ... 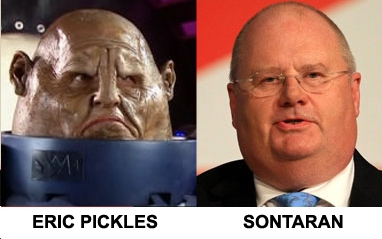 ... (to the effect that he wanted to make it easier for motorists to nip into one of the few town centre shops still trading) had produced a near instant response in East Devon.

Apparently Mr Coupe the Contractor has two of these beasts, this one at least ... 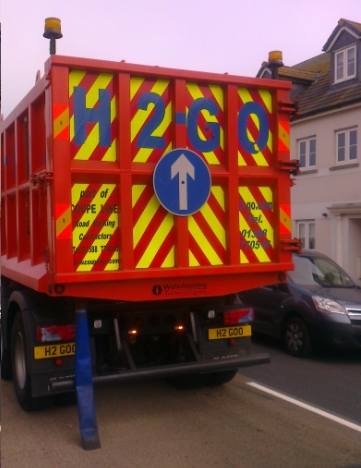 ... with its own personalised registration plate. 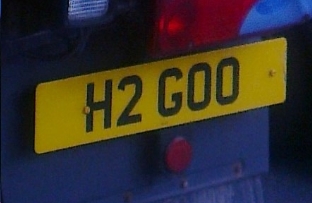 Relishing the benefit of extra parking outside their pad, the fbbs set of for York. Imagine their disappointment upon returning to find that the whole process had removed the double yellow lines and replaced them with ... 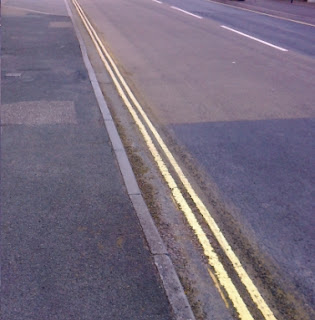 ... double yellow lines! fbb wonders how much this useful activity has cost.

But that's what we pay our taxes for; so that council people can waste the money.