=======================================
Firstly, warm congratulations to Peter Shelley and Christine, to whose Silver Wedding "do" the fbbs were invited yesterday; and a good "do" it was too. As an avid bus ticket machine collector, Peter had appointed his daughters as Paris-style "poinçonneuses" to clip appropriate admission tickets. 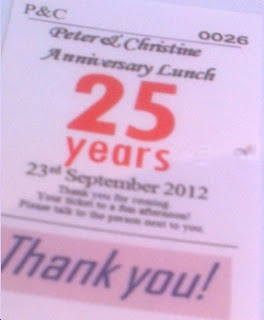 Here is the happy couple in earnest and reminiscent mood! 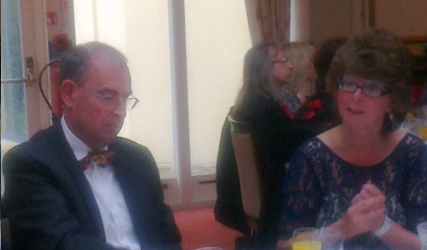 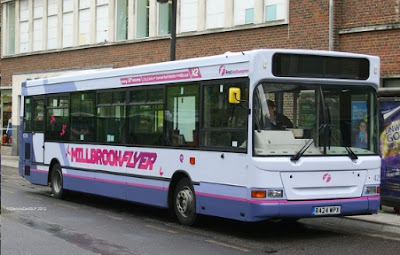 First introduces a new network in Southampton including the X2 which effectively doubles the frequency of First's service to the Millbrook Estate. Solent Blue Line also operates to Millbrook and they are very much not chuffed. So they attempt to nibble away at First's traditional city network with a 20 minute frequency to Townhill Park.

A rather small (A6 size) and feeble leaflet dropped through fbb's letterbox on Thursday last. 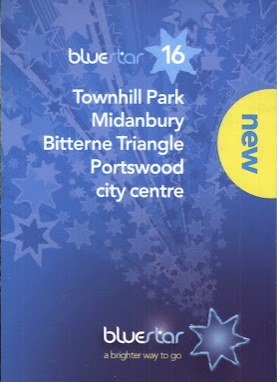 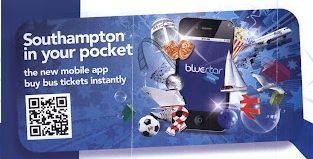 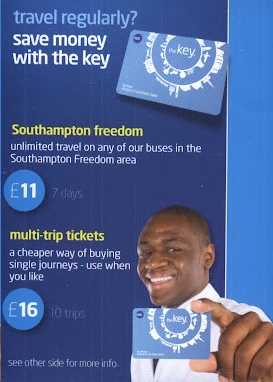 Of course, there is a timetable, of which this is an extract. 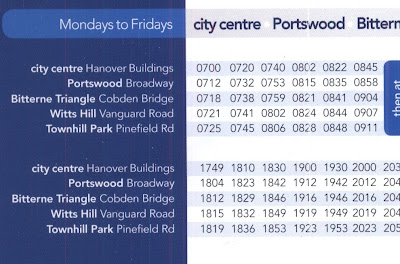 And there is simple and adequate diagrammatic map. But therein lies a snag; and it's a snag which is not at all uncommon in public transport information. The timetable and the map don't match. Four of the time points on the table are simply not shown on the map. fbb has added them to make the (time?) point. 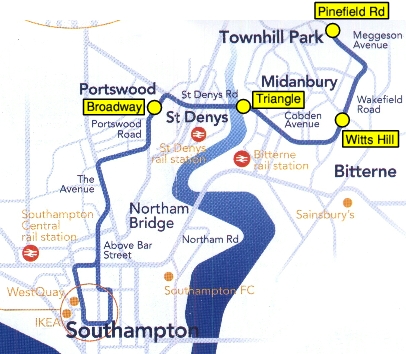 Why the difference? fbb guesses that the people who draw the map never get to see the timetables (and vice versa).  Surely the map and the timetable should show the same detail?

The next phase of the story, however, is that  First starts a competitive service to Hythe, as previously blogged (read again). Publicity is beginning to appear and we are promised trendy "First" branding as below:-

At the same time, it is rumoured that First have won the tender for the Hythe local services, although details are not yet published. So, the next move passes to Bluestar.

Having lost the tender for the Hythe local, a new registration has been lodged for Bluestar 8 (currently identical with Firsts's new 11 but at different times) ... 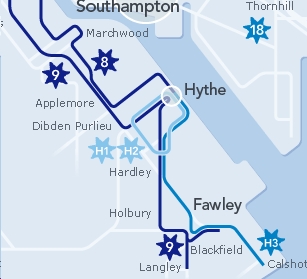 ... increasing it to every 30 minutes and extending journeys every hour to Calshot, mirroring the H3, due to be taken over from Bluestar by First. 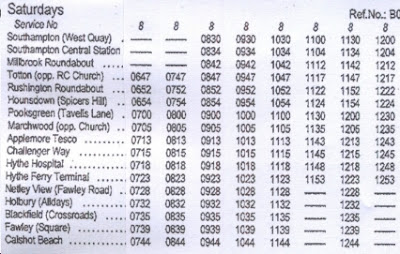 But the H3 is tendered (subsidised) by Hampshire County Council whilst the revised service 8 is run commercially without subsidy.

This is a real "spoiler" for First, because the council will not subsidise a route if it is being run commercially by another operator. So, in a likely "opt out" clause, First may well lose the H3; which in turn may make the whole of the Hythe local tender (H1, H2 and H3: see map) unviable.

Bluestar doubles the frequency of  8  extending it to mirror  H3 .

All this will reveal itself to Joe Public over the next month or so. It's getting silly and there will be tears before bedtime. Too many buses and too few passengers mean unhealthy financial losses. And what is at Calshot to bring about this "needle match"? A few beach huts ... 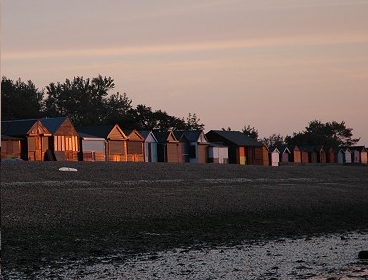 ... and a view of the Needles! To be fair, there is a little village as well. 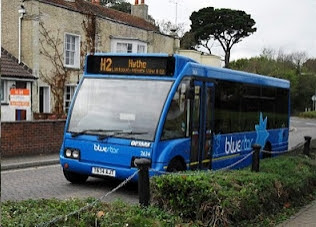 Next Bus Blog : Tuesday 25th September
Posted by fatbusbloke at 02:30