I'll Give you Merry Hell!

Whoops, typing error : that heading should be "Merry Hill"
On the Waterfront Part 2 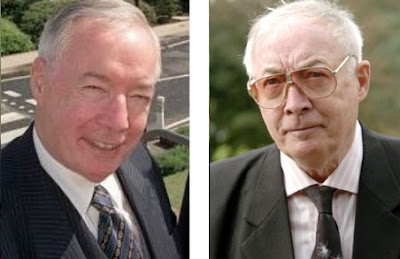 It was Merry Hill that made the Richardson name famous. 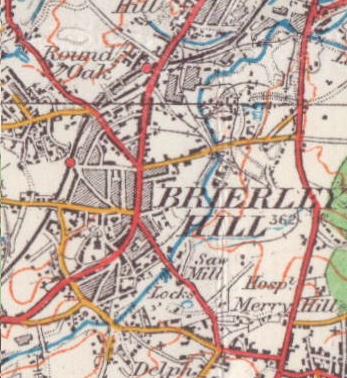 The Round Oak Steel Works ... 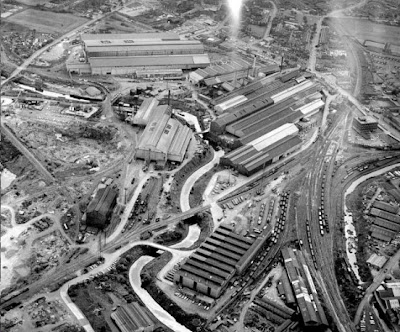 ... just a couple of miles from the house where the twins grew up, had employed 10,000 in its heyday, and when it closed in 1982 the area went into a state of shock.
.
But where others despaired, the Richardsons saw an opportunity. They snapped up the site and claimed that their scheme for one of the country's first giant out-of-town shopping malls and accompanying office complex would eventually employ more than the steel works. They were right. It was a high roll of the dice but when the 1.85m sq ft mall was complete they sold it for a reputed £150m to Mountleigh in 1990. It is now a Westfield centre. 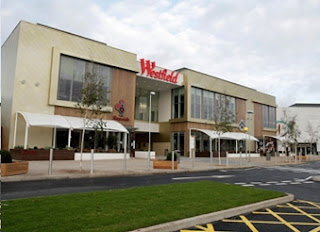 The twins had their first taste of business when they left school at the age of 14 and joined their father, who was selling second-hand trucks, a business he had built up in the aftermath of the First World War when heavy transport was in short supply. The twins came into their own when a similar shortage followed the Second World War.

"There was a shortage of trucks at the end of the war," Don says, "and the market kept growing each year, so we got into selling new ones." Don and Roy made a trip down South one day, planning to put in an order for 50 Bedford trucks. 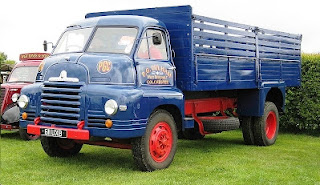 "We went down to buy 50," Roy says, "and came out with 980." They forward-bought the rest of the year's production, forcing all dealers to come to them. The boys done good!

To serve the complex, "the boys" started Merry Mill Minibuses ... 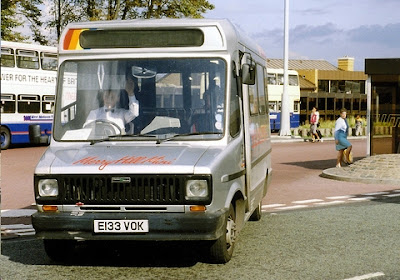 ... seen here in Dudley bus station. In 1997 he business was eventually bought by National Express and branded as Travel Merry Hill. Later it was to be disbanded and the services incorporated into the main West Midlands network.
But the most spectacular feature, from a transport point of view (and the least successful) was the monorail. 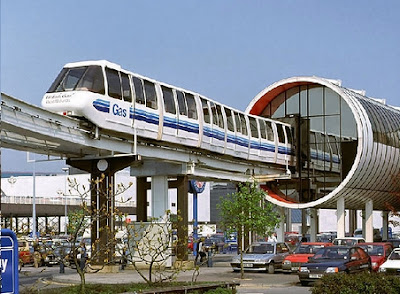 It cost £22 million to build, the construction work taking place along with the final phase of the shopping complex in 1988/89, but due to health and safety concerns it did not open until 19 months after the centre was complete. There were to be five stations, with the system extending over the canal and terminating at the Waterfront, ironically not far from the former Round Oak railway station. 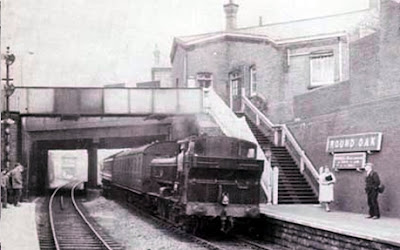 Round Oak Station (closed 1962) just across the road from
John Parry's proposed Waterfront terminus
See yesterday's blog
"On the Waterfront Part 1" (read again).
There were even plans to link up with an expanded Midlands Metro tram network. The monorail was officially opened on 1 June 1991. But the actual opening to the public was delayed by Her Majesty's Railway Inspectorate investigating evacuation procedures. After operating for a short while, the monorail was temporarily closed again in 1992, but ran sporadically until 1996. 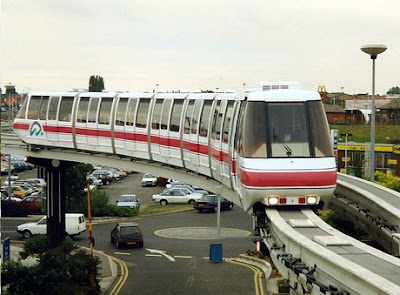 After the system was put up for sale in 1996, the trains and track were transferred in 2001 to the Oasis Shopping Centre, in Broadbeach, Queensland, Australia ... 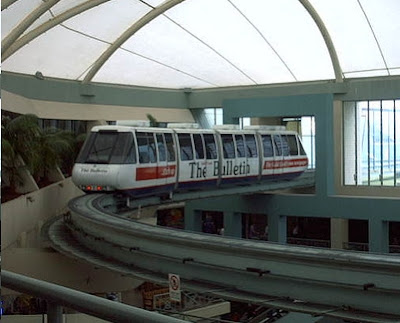 ... to enable expansion of its own monorail system. The bits were never used and the line was never extended!

Ironically, not far from the rotting remains of the Richardsons' Central Station ... 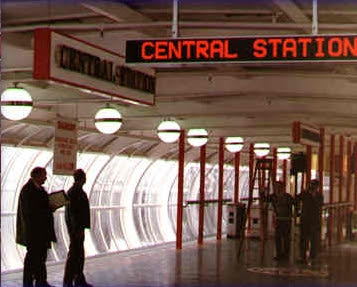 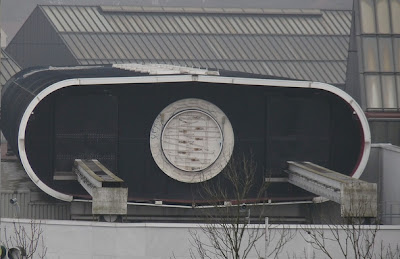 the Central Station in its final form:
a monument to failure?
... is another piece of transport history, once closed and rotting but now reopened and in use. 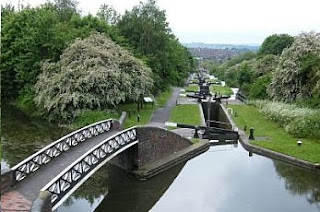 This is the magnificent Delph Locks ladder, restored and available for pleasure craft. So a whole history of transport is revealed at Merry Hill. The essential freight artery, the canal; it's "heavy rail" replacement, modern rail technology, the minibus revolution and, if John Parry has his way, new flywheel technology.