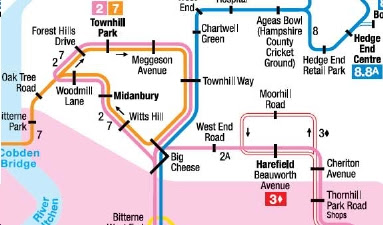 ... had been extended from 23rd September to include Townhill Park where the Bluestar incursion into First's traditional "city" operating area has taken place. 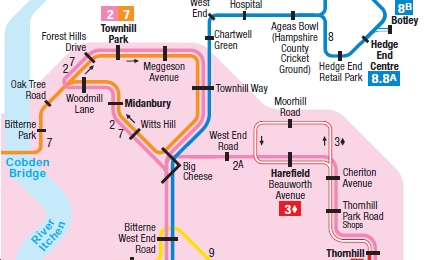 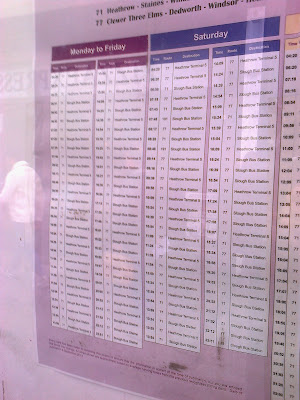 Can you read this? Probably not, but it's what is posted at one of the main bus stops in Windsor.

It is for the prestigious "7s" (actually 70s) that form the mainstay of First's service in the royal and historic borough. They are operated by smart blue vehicles in a decidedly non-First livery ... 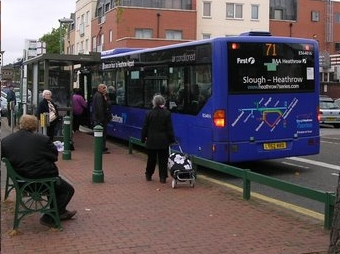 ... which is all spoiled by the appalling bus stop publicity. When you can ride on a bus that is ... 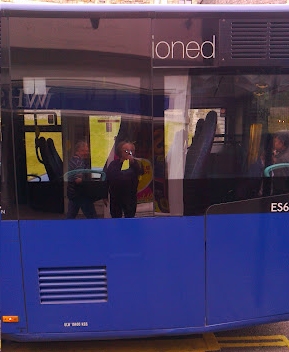 ... "ioned", it would be good not to need a magnifying glass to tell when it was leaving. Later on, by the way, fbb spotted a vehicle that was "air condit"; so somebody, or something, is clouting the glass panels!

But, via a trip into what was the "porte cochère" of Central Station, ... 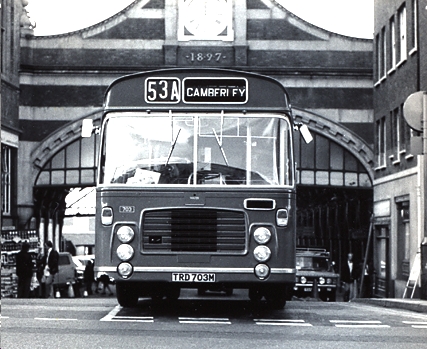 ... once used as a sort of bus terminal, you will arrive at a splendid Tourist Information Centre, created out of the former station ticket office. 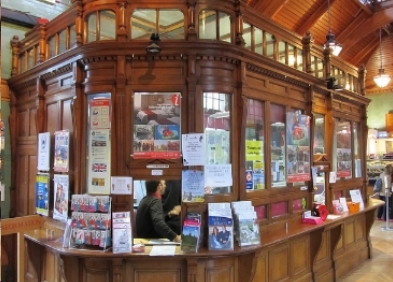 On display in the various racks around the walls was ... 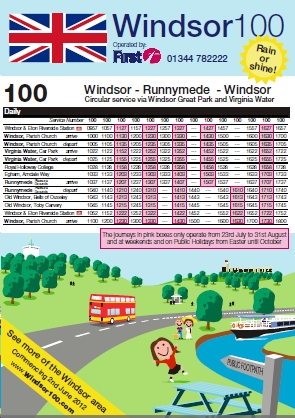 ... a leaflet for the relatively new service 100 "circular" tour bus; but nothing else for prospective bus passengers!


For the record, and exceptionally, old fogey's passes are valid on the 100, so, had the fbb's had more time, they could have had an hour's spiffing tour of the district for absolutely nothing. For map and other info, click (here), but if you are reading this blog well after its publication date, the link may have gone. 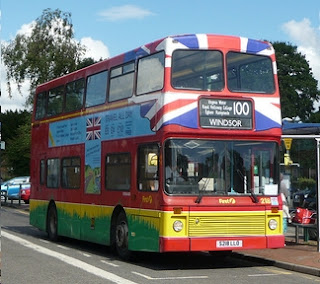 According to the full leaflet, this is a red London bus!

But back to the TiC. Undaunted by the lack of visible information, and expecting the usual "they never send us anything" answer, fbb asked for local bus information. Much to his near ecstatic surprise, he was given and Slough and Windsor timetable book.

And it's absolutely superb - near perfect in fact. A blog review will be along in a day or so.

What an amazing contrast with the same company's offerings in Northampton! 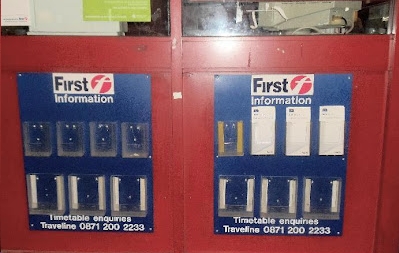 Perhaps that's why the Northampton operation is for sale and Berkshire isn't. But, on the downside, why did fbb have to ask for a free timetable book? Lacking the time for a debate, fbb did not pursue this one; but suspects that the answer would be, "if we put them out there, people keep taking them."

Now that simply isn't acceptable, is it? People taking bus information. Why, they might even start using buses, and we wouldn't want that, would we?

Today, a reasonably positive First; tomorrow, the exact opposite!


Next Bus Blog : Wednesday 26th September
Posted by fatbusbloke at 01:46