A row has broken out between the Island's Coroner and Southern Vectis over the deaths of an Island couple. 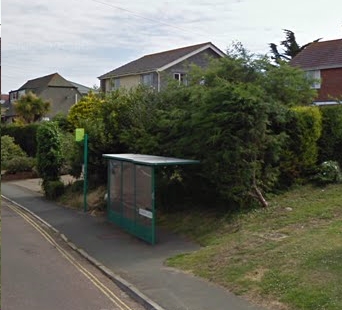 The fully dressed skeletons of Arthur and Iris Teabag were discovered last month, still standing at a No. 8 bus stop near Seaview. Iris Teabag was found holding the lead attached to the couple's dog Bluebell, who only survived the long wait by eating Arthur's left foot and packs of frozen chicken-tikka gateaux from Iceland, found in the couple’s shopping bags.

The court also heard that Arthur Teabag's left arm was still held aloft, apparently trying to flag down the bus “before desperation and rigor-mortis set in” blasted the Coroner. He went on to condemn the bus driver who had admitted he deliberately didn’t stop for the Teabags as he was already ‘running a day or two late’ and that he hadn’t been too concerned as ‘it was a jolly nice day and I knew another bus would be along in a month or so.’

A spokesman for Southern Vectis told the Coroner that “they had a duty to the public to maintain an efficient and reliable service, and that in times of high demand, drivers were instructed to use their discretion as to whether to bother picking up passengers which could cause further delays. He added; “It’s thanks to such measures that we continue to offer Islanders bargain fares of just £3.50 to travel one-way to the next stop.” 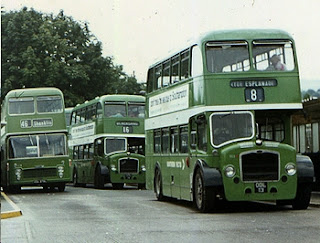 fbb comments : The service 8 to Seaview and Bembridge has been appallingly unreliable for several years and all appeals to the Company and to the Traffic Commissioners have been ignored. 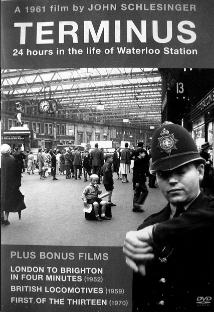 Some time ago a good friend gave fbb this DVD for his birthday. The digitally remastered film was first issued in 1961 and fbb strongly recommends that any committed transport enthusiast should have a copy. John Schlesinger (died 2003), famous for "Midnight Cowboy" and "Far from the Madding Crowd", produced the film which won several prestigious awards. There is no commentary but the sound and visuals tell the story of a day in the life of this busy station.
The key to a well-run station always has to be the inevitable mug of "chewy" tea. 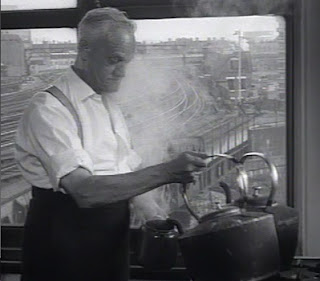 But the most revealing aspect of the film is recognising how much has changed in 50 years. 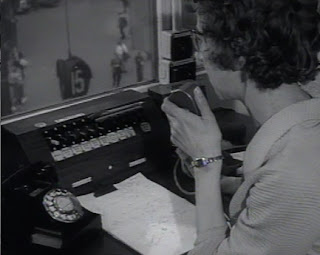 Announcements made by a real person from a terrifying glass hut perched precariously in the roof! 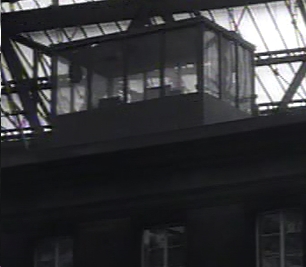 A departure board operated by a real person with his very own officially-issued prodding pole (behind partition, bottom left), used to prod recalcitrant flaps that failed to turn over. 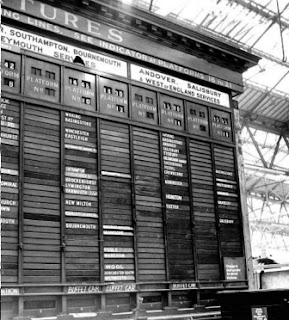 fbb remembers, at age 14, watching a panic prod when his Portsmouth train appeared to omit Guildford and Woking! The machinery was state-of-the art and operated by punched cards. Stunning. Of course not all was good in the 1960s ... 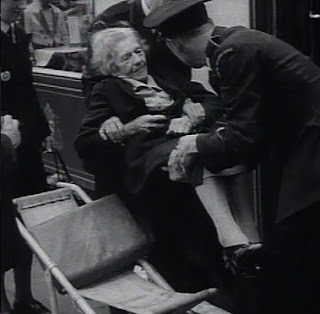 ... especially if you were disabled. This lady was unceremoniously bundled into her seat by a bevvy of beefy bundling porters. Undignified, but the best that could be done. Thankfully we have moved on.
fbb has no pecuniary interest in the DVD company but the film is SO good, it deserves better circulation amongst those whose interests are more recent. Copies are currently available from Amazon at £19.95 (new) and £15.95 (used). And you get the original "London to Brighton in Four Minutes" as well.
Today's Waterloo is brighter and cleaner and we have the benefit of electronics. A ticket collecting gate-line which replaces a man with a punch ... 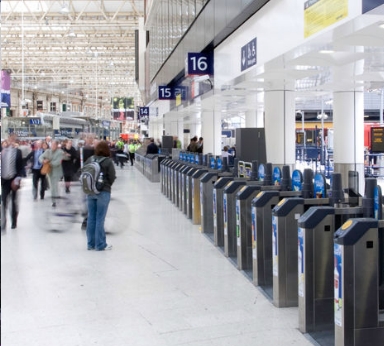 ... which works - most of the time. But why is it that it's always Mrs fbb's ticket that pops out of the slot as she collides inelegantly with the non-opening barrier? The departure displays are pretty good ... 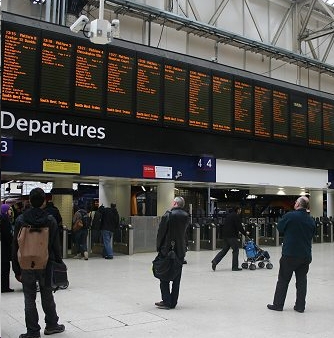 ... at the second attempt. Remember these which were illegible in anything other than November gloom or at night? 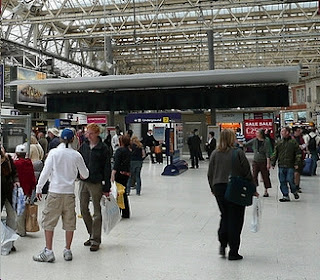 But when things go wrong; when the service is disrupted, how we all long for a man who knows what's happening; a nice friendly face to clip our little green Edmondson ticket ... 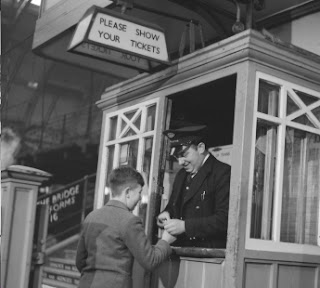 ... and cheer us on our way. "Get a move on, mate. She's just leaving." [Before you write in, the picture above is NOT of Waterloo; but where is it?]
One aspect of Waterloo station that was not covered in the film was "The Drain". Until 1994 a British Railways run Underground link rattled from Waterloo to Bank. 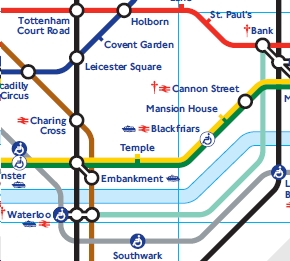 This lovely little line demands a blog of its own (one day!), but, to whet the whistle, here is a short video commemorating the introduction of new trains in 1940 by the then Southern Railway. (view here)
A beautiful trivia truth is worth repeating here. The 1940 trains were replaced (at age 53!) with standard Underground units as on the Central Line. But the little line was to continue as a BR operation for about a year; so the units were painted in BR Network Southeast livery. 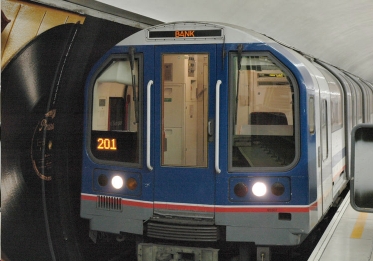 A bit more from historic Waterloo sometime next week - but not for the squeamish!