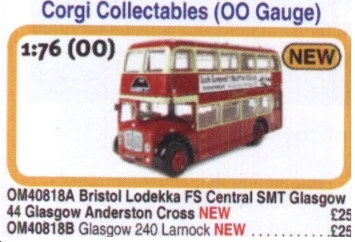 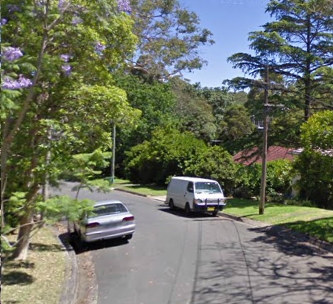 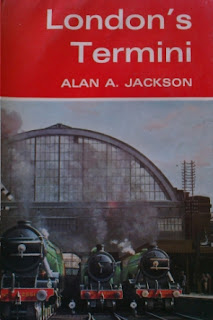 It was a serendipitous find of Alan Jackson's book in a second-hand bookshop that prompted fbb to renew his interest in Waterloo Station. A comparison between a journey from the Island to York in 2012 and its impossible equivalent in 1962 (read again) reminded your corpulent correspondent that there is more to Waterloo and its history than might be assumed from today's essentially suburban station.
"London's Termini" was published in 1969 (by David and Charles) not long after the new fully electrified Euston was open, but long before today's more positive approach to station facilities became evident. Modernisation was a future dream and Jackson captures London's grandest stations in their unaltered magnificence; some might say dilapidation. 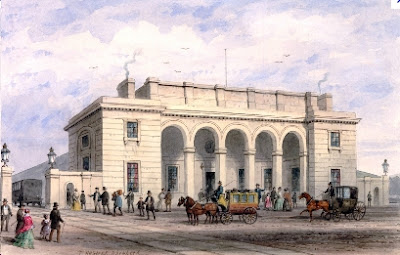 Architect William Tite build a grandiose terminus for the London and Southampton Railway; which at its opening had reached a station at Woking Common (later named, simply, Woking.) 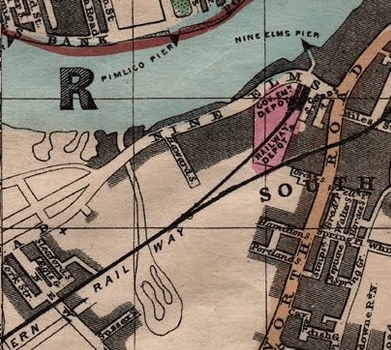 It was located at Nine Elms.

Nine Elms Railway Station in the London district of Battersea was opened on 21 May 1838 as the London terminus of the London & Southampton Railway. The station was inconveniently situated for travel to central London, with the necessity to complete the journey by road or by the steam boats connecting the station to points between Vauxhall and London Bridge.

The station was closed to passengers from 11 July 1848 when the L&SWR opened its metropolitan extension from Nine Elms to Waterloo (then called Waterloo Bridge Station); in 1941 Tite's building was damaged by German bombs and it was demolished in the 1960s. The site became the flower section of the New Covent Garden Market in 1974. 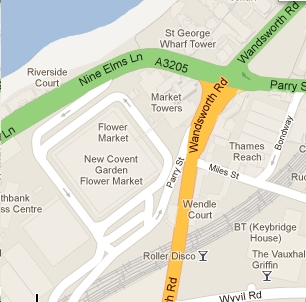 The new terminus grew in a haphazard and architecturally nondescript manner. Jackson has a picture which gives some idea of the mess that would confront you as you sought out your chosen train. 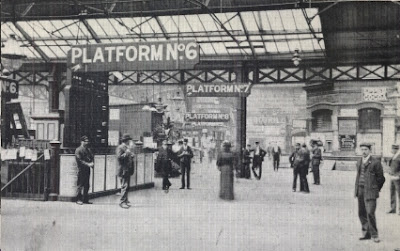 By 1899 Waterloo had 16 platform roads but only 10 platform numbers due to platforms in different sections of the station or on different levels, sometimes duplicating the number of a platform elsewhere. 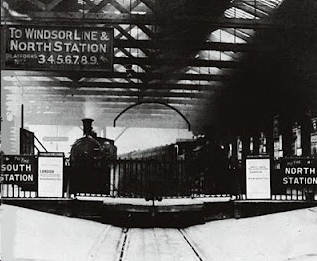 A little-used railway line even crossed the main concourse on the level (track in the foreground, above) and passed through an archway in the station building to connect to the South Eastern Railway's smaller station, now Waterloo East. 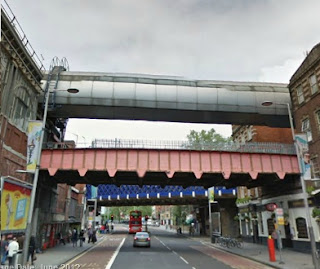 The single track line was hardly ever used but the bridge over Waterloo Road is still there, located under the current passenger "tunnel in the air". The line to Hungerford Bridge and Charing Cross uses the blue painted deck beyond. The old bridge is now used as a general storage and junk area. 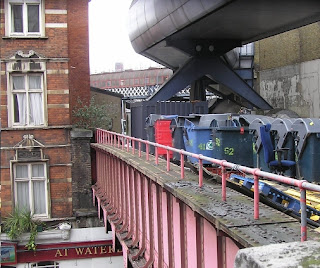 One internet author has suggested that the link should be rebuilt and used to connect Waterloo suburban services with those from Charing Cross to the south east.

Poor graphic : Waterloo is top centre.
Such a scheme, as well as costing billions, might not go down too well with commuters deprived of trains into Charing Cross! 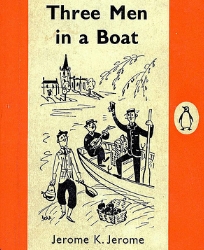 Three Men in a Boat (To Say Nothing of the Dog), by Jerome K Jerome was published in 1889 and contains this delightful description of the "first" Waterloo.
.
We got to Waterloo at eleven, and asked where the eleven-five started from. Of course nobody knew; nobody at Waterloo ever does know where a train is going to start from, or where a train when it does start is going to, or anything about it. The porter who took our things thought it would go from number two platform, while another porter, with whom he discussed the question, had heard a rumour that it would go from number one. The station-master, on the other hand, was convinced it would start from the local.

In the end they bribe an engine driver to take them to their destination. 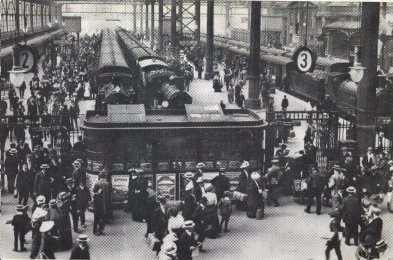 part of the first Waterloo seen through the girders
(top right) as the present station was built.
Platforms 1,2,3 & 4 are as in today's station.
.
From 1900 onwards work started on the current Waterloo, wiping away much of the clutter of the old and replacing it with the magnificent station we have today. Tomorrow we move from 1900ish to 1962.
Next Bus Blog : Sunday 16th September
Posted by fatbusbloke at 02:45