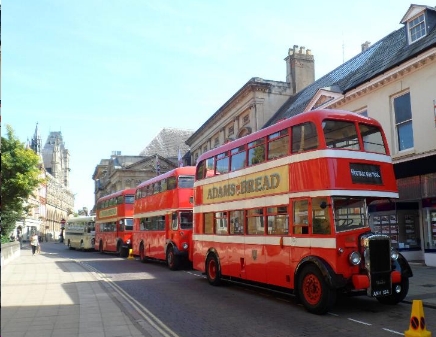 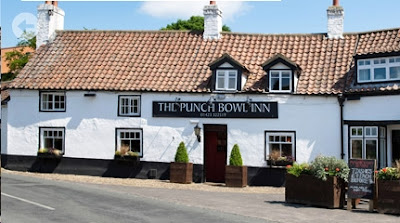 A quick dash via Underground


Pleasant time at the "Punch Bowl", Marton-cum-Grafton (near York, for lunch) in the company of the Fearnley Family, especially the First Born. 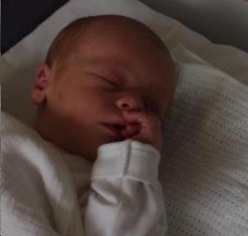 Although Archie, aged one month, had been reported as being "very excited" at the prospect of the fbb's visit, his excitement seemed to be expressed by snoozing and a quick grizzle at his lunchtime. A leisurely lunch for the adults was followed by a slightly circuitous drive via the intriguing ... 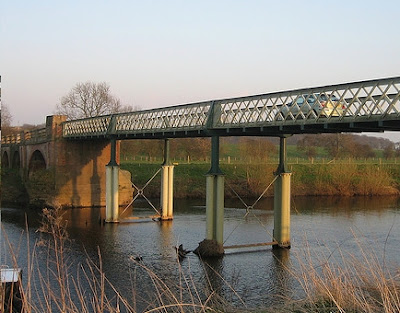 ... Aldwark toll bridge.
Aldwark Toll Bridge is situated on the River Ure, near to the confluence of the Nidd (and thus forming the Ouse). It is one of only a few privately owned bridges in the country. 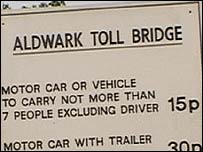 Although the toll has risen from 15p to 40p (!) in recent years, it would cost more in petrol to make the free, 25 mile detour to the other side! Toll increases have to be approved by the Secretary of State under the Act which established the crossing; the 15p to 40p increase provoked a Public Enquiry with 26 objectors!
In 1772, John Thompson was given the powers by an Act of Parliament to build a bridge over the Ure at this point, owing to the dangerous river conditions in the area. Oddly, in the 19th Century, the bridge was hit by an iceberg and was rebuilt; this is the bridge that is currently standing.

Although the bridge itself is made of iron, the deck is made of specially imported hardwood, and can be a bit disconcerting crossing in a large vehicle! The weight limit is currently set at 7.5 tonnes, which is testament to the original builders, who only envisioned horses and carts crossing it.
The visit continued with a short (very short) stroll along the banks of the River Ouse in York, packed by sun-loving tourists, and concluding at the Sticklebacks Cafe for tea and delicious buns. 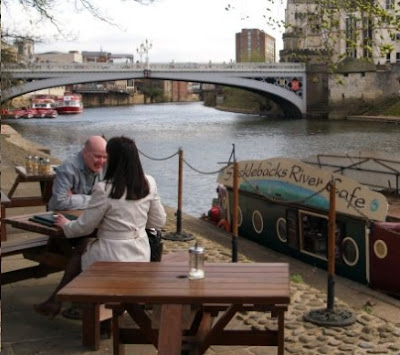 A quick dash via Underground
(As quick as two tired 67 year olds could manage!)


The fbb's No 2 son was awaiting their return with flagons of tea and generously filled hot bacon sandwiches. And very soon (very very soon!) it was, as Samuel Pepys would say, "And so to bed." And all four trains ran perfectly to time.

From time to time the newspapers rant about how trains are slower than they were in the 1960s and everything was wonderful then. So the ever enquiring fbb asked his chum Barry Doe ... 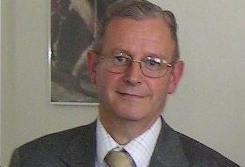 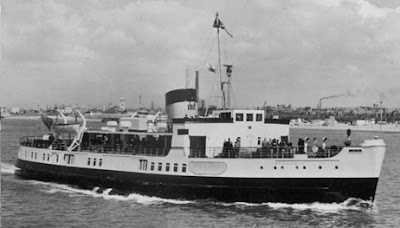 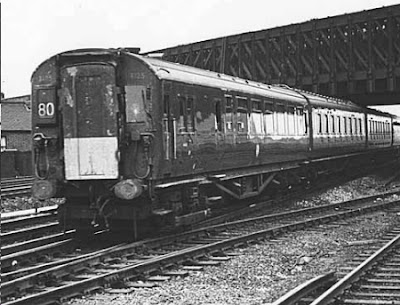 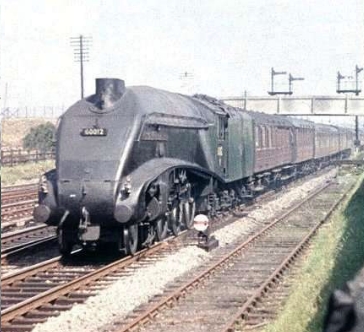 Maybe a "streak" in charge?

You want 4 hours there so you come back 1839, into Kings Cross at 2210 and the 2250 from Waterloo gets you to Portsmouth Harbour 0029 where you will have a pleasant wait for the first Sunday morning ferry! 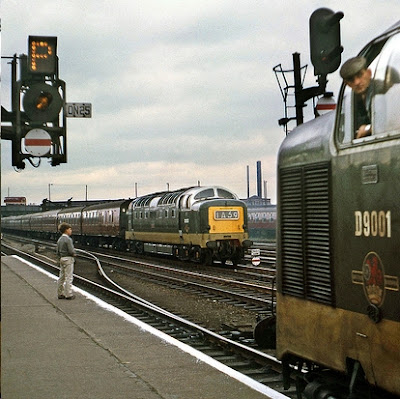 Or one of they new fangled diesels : introduced from 1962

but initially at steam timings (?)

The only way you'd get back to Ryde in the day would mean leaving York 1506, which leaves you an hour there so would be no use!
Barry also pointed out that three of the trains he recommended for the retrospective journey would all offer full restaurant service ... 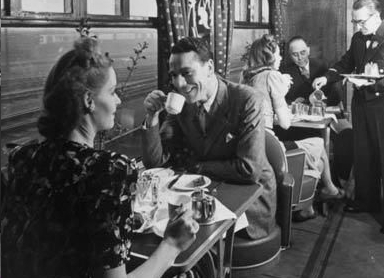 ... and, yes, that does include the train from Portsmouth to London and on a Saturday! The only ones without would have been the later runs from Waterloo back. East Coast could not even provide a trolley on the 0930 from Kings Cross to York on Saturday. And on the 1555 from York there were no reservations posted "due to a printer problem at Edinburgh"! Once upon a time Wee Hamish would have written them out by hand.
But none of these possible deficiencies detracts from the fact that in 1962 fbb's enjoyable jolly to York would have been, realistically, impossible in a day.
2012, THIS is the age of the train
Found a bit of nostalgia on-line. A bit of video of 4COR Portsmouth Electrics, known as "Nelsons" because of their "one-eyed" front end. (view here). 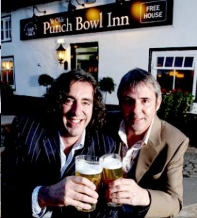 P.S. The Punch Bowl was once owned by actor Neil Morrisey and TV Chef Richard Fox. They "abandoned" the project in October 2009 (well, actually, it went bust!).
Next Bus Blog : Tuesday 11th September
Posted by fatbusbloke at 04:15