Those (few?) who try to use this facility may have noticed that Island information still reflects last winter's timetables. 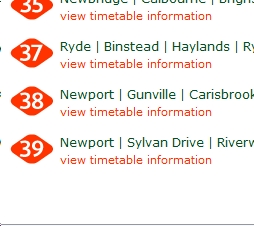 Note : no X10 or X11 from 2nd September 2012
I emailed them earlier today about this and very quickly received a very detailed reply that gives an interesting insight into how their system works.

In short it seems that IOWC are supposed to maintain a database that feeds the national system but IOWCs failed very early in the year. It has since been replaced and new training given and current information should soon be available again. 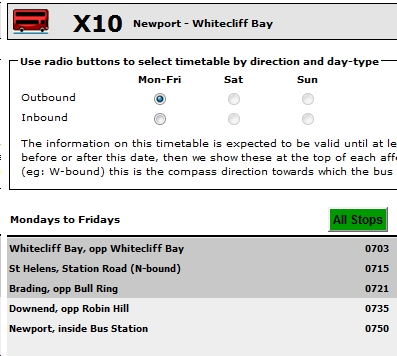 Traveline : X10 "valid until 12th October"
Unfortuately IOWC also told Travelline there had been no significant changes since the winter 2011 timetable, which is why none of SVs seasonal services were ever shown; so "foreigners" unaware of the SV website would have missed knowing about the delights of the Breezers or Coaster this year.
FACT : For the xephos system (sadly a commercial failure), it would take one person less than a working day to create (not just update) data for all the IoW bus services. A seasonal update might take an hour, depending on amount of change. Nothing more clearly illustrates the enormous waste of our money expended on the flawed Traveline system.
--------------------------------------------------------------
Well, at least some buses are cool ...
And not just because of air conditioning. 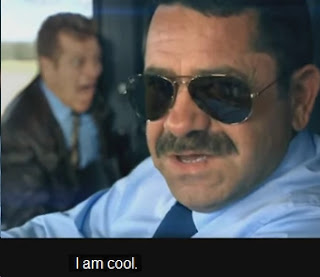 And the driver is cool. And they've got comfy seats ... 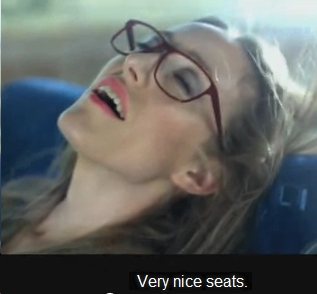 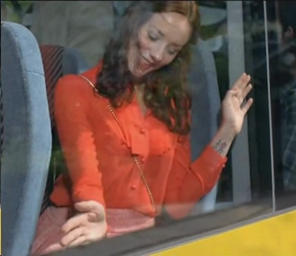 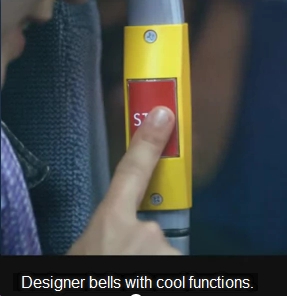 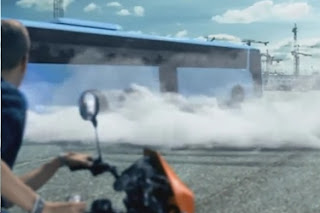 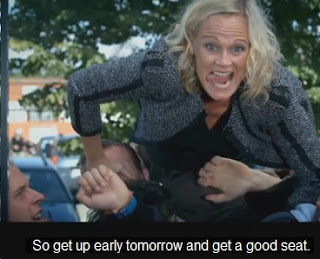 An astounding advert that is doing the rounds of the interwebnet; and thanks to  the Plymothian Transit blog for hightlighting it. Watch the full advert; unfortunately the download process has lost the subtitles so get your "Teach Yourself Danish" out.

Or guess. Sadly, it's not the next phase in the rebirth of First Bus.

It's from Midttrafik, one of the regional bus operators in Denmark. And even the logo is "cool"! 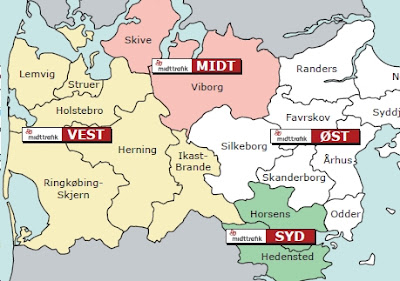 fbb is not proficient in Danish but, clearly, "vest" is "west, "ost" is "east" and, delightfully "syd" is "south"; but don't tell him. As "nord" is "north", we have to assume that "midt", which doesn't reveal itself in the on-line Danish to English dictionary is the same as "midte" meaning "middle".

But, thankfully, the Midttrafik web site (visit here) offers some limited English translation which helps with the basics. Blue buses are for regional and rural services, as with the route 23 shown in the advert. 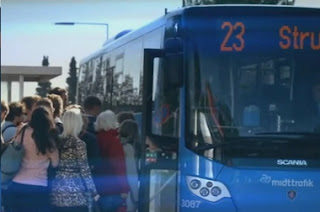 Timetables are available, of course ... 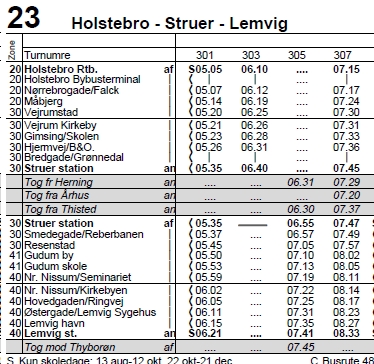 ... with each rural journey having its own "trip number". 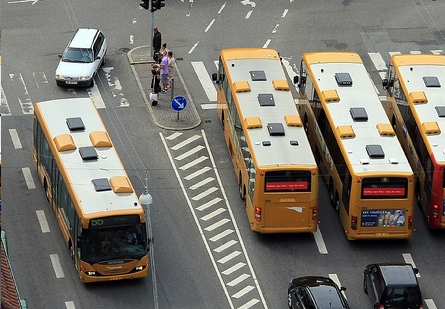 ... are yellow and the publicity comes with a full stops list ... 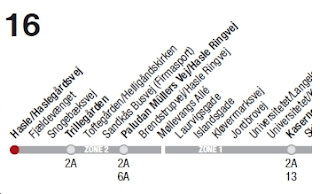 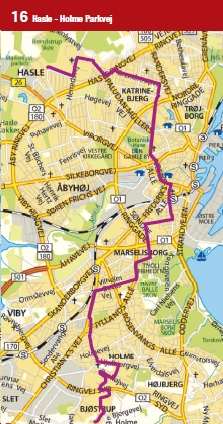 One intriguing feature of the timetables is that running times in the afternoon can differ from those in the morning; so you get two "and these times past each hour" blocks with appropriate times at the top. In this context "faste" means "fixed", or "stable". "Minuttal" should be easy, even for a non-linguist. 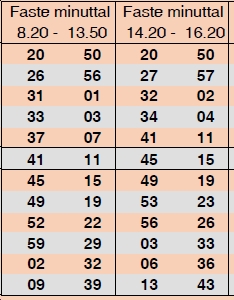 Obviously it saves space but would be utterly baffling to a UK user, even if it were in English. But, as is so often the case, there is just that "special something" about Danish public transport. It will be heavily subsidised and such horrors as privatisation UK-style are thankfully absent. It just seems that, to put it simply,
Buses are cool ... 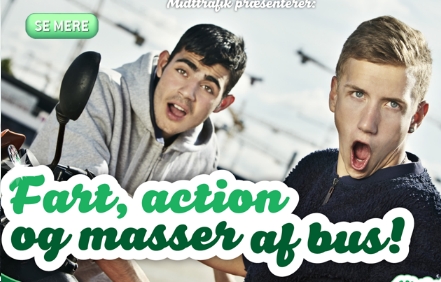 ... despite the language barrier! 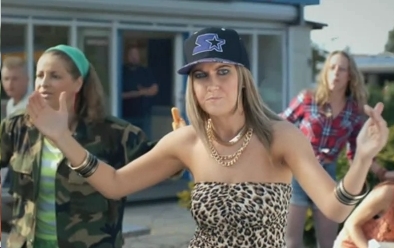 And the vehicles are, well, long! 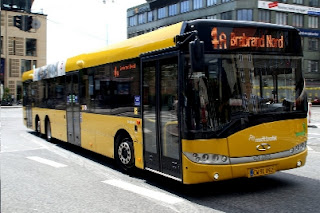 
Tomorrow we return to the New Network in Norwich. Some routes are just too loopy! But remember this?


Next Bus Blog : Thursday 20th September
Posted by fatbusbloke at 02:45