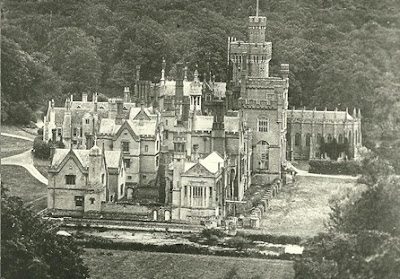 Anyone walking in the countryside in the early 20th century who saw Costessey Hall would probably believe they had come across a fairytale castle such was its dramatic outline of turrets, chimneys and crenellations.

Costessey Manor was first awarded to the Earl of Richmond by William the Conquerer following the Battle of Hastings in 1066. In 1555 Queen Mary awarded Costessey Manor to Sir Henry Jernegan for his support in proclaiming her the rightful Queen of England. 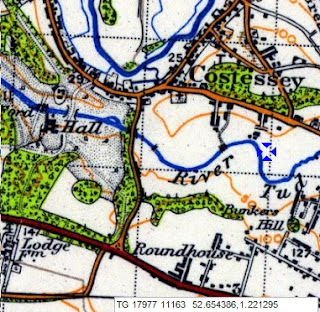 Between 1826 and 183636 the original Tudor hall was incorporated into a much larger Gothic-style house which was dominated by a large keep. The new house extended almost to the banks of the River Tud and was a profusion of ornate and fanciful chimneys topped a collection gables, turrets and pinnacles. It was, in short, a folly; if a particularly fine one.
The death of the last Lord Stafford Jerningham in 1913 marked the end of both the baronetcy and the family's occupation of Costessey Hall. The buildings then stood empty until the estate was requisitioned by the War Office. Unfortunately, with no resident owner to keep an eye on the building, the military took its usual heavy toll. Shortly after the outbreak of peace in 1918 the now badly damaged house was demolished. 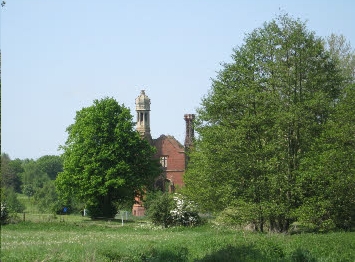 Now only the belfry block remains, standing guard over the 18th fairway of the Costessey Park Golf Club.
Costessey (Old) Village will be served by new  RED  route 23A, see yesterday's blog (read again).
And, talking of Costessey etc., fbb omitted to say that Konnect Bus (GoAhead) runs to Queens Hills every 20 minutes Monday to Saturday daytimes in competition with   RED   routes 24 &24A. 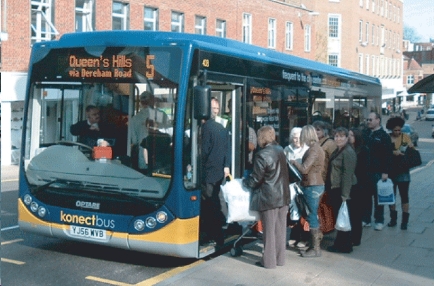 Back to the fbb survey of the Norwich Network.
PINK  services 11, 11A and 11B will operate between Sprowston ... 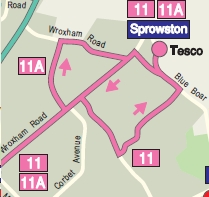 ... Norwich and the Norfolk & Norwich Hospital with an improved frequency from every 15 to every 10 minutes Monday to Friday, and every 20 minutes to the Hospital on Saturday. The new Pink services will also now serve Cozens-Hardy Road in Sprowston ... 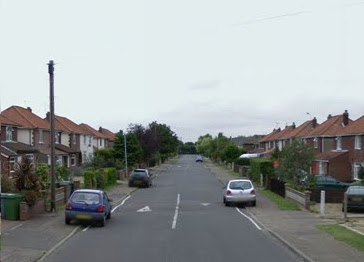 ... which First have never previously served. 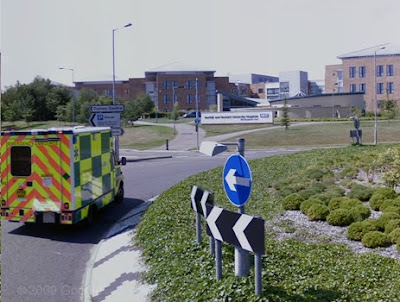 fbb comment  No vast change of routes here, except that the "Hospital" section now incorporates the previous routes 24 and 24A ... 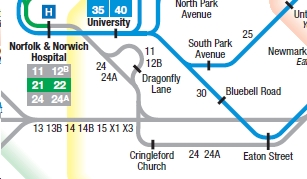 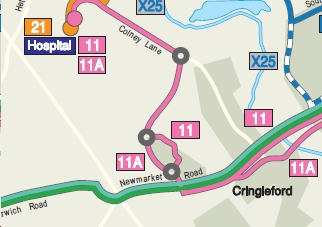 The 11A variation via Cozens-Hardy Road is an attempt to improve the service to Sprowston-ites and, of course, encourage extra patronage. The really good news is that the  PINK  routes offer a tidy 10 minutes frequency to the Hospital on Mondays to Fridays and an improved 10 minute service to Sprowston. 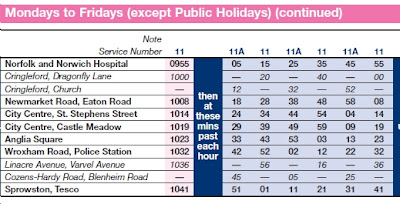 Understandably, the Hospital is only served every 20 minutes on Saturdays. For those unfamiliar with he territory, the major "traffic objective" at Sprowston is not the delightful leafy suburb with its well trimmed lawns and double glazing, but the obligatory huge Tesco Extra! 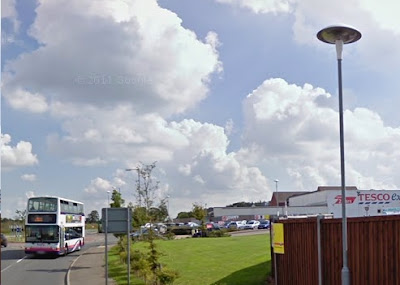 Tesco simply wasn't there when this vehicle lumbered to a quieter Sprowston. 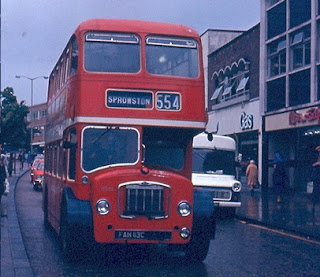 Tomorrow our survey looks at the University area.

A reminder that various Norwich network maps can be viewed or downloaded below.


Next Blog : Friday 14th September
Posted by fatbusbloke at 03:59