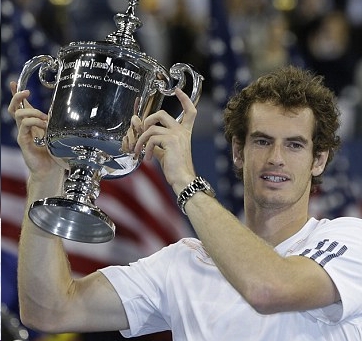 Murray wins thrilling US Open final in five sets.
Scot is first British man to win major since 1936.
That finally came to pass as New York was brought to its feet when Djokovic blasted a final return long, the two men embracing at the net. It concluded a wildly undulating, gripping 7-6, 7-5, 2-6, 3-6, 6-2 victory that took four hours and 54 minutes. 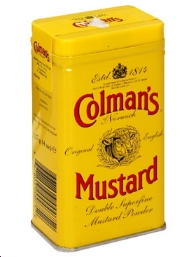 Jeremiah founded Colman's of Norwich in 1814, at the Stoke Holy Cross mill on the River Tas, four miles south of the city. By 1865 production had transferred to a large factory at Carrow on land bought from the Norfolk Railway to the south of Norwich, where the firm still operates today. From 1855 the firm introduced its distinctive yellow packaging and bull's head logo, and in 1866 was granted the Royal Warrant as manufacturers of mustard to Queen Victoria. Her Majesty’s household still uses Colman’s today.
But no-one really knows how the phrase "cuts the mustard" originated. It means "achieves the desired standard", but none of the many explanations makes complete sense.

A week or so ago, however, First held a prestigious pre-launch of its new City network which starts on 23rd September.
Here is Nigel Barrett, regional manager for First, extolling the virtues of the "cunning plan." 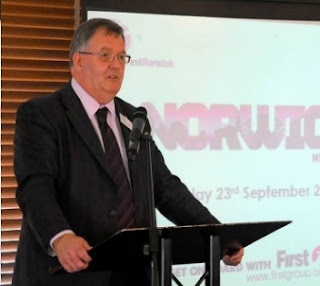 The new network, which will be operated specifically by the newly-named First Norwich, has been colour-coded in an effort to ‘simplify’ the city’s network for passengers.

Giles Fearnley, managing director for First UK Bus said that Norfolk is ‘a very important part’ of the company nationally and said: “What we have done is make the network more efficient in the way we have linked up each route. Things such as rather than drivers sitting idle waiting for their next trip; that is where we have been able to find some efficiencies by linking up different services.”
The event was attended by a wide range of what we have to call "stakeholders" these days, including MPs, councillors and community representatives. 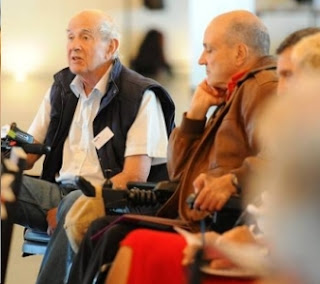 The launch event, held in the Top of the City lounge at Norwich City’s Carrow Road stadium, also saw some good news for college students.

That is because the age limit on child fares have been extended from applying for five to 15-year-olds, up to five to 19-year-olds, re-naming it the ‘Young Person’ fare. This initiative will benefit anyone aged between five and 19 who travel on services in Norwich, Great Yarmouth, Lowestoft and Kings Lynn. 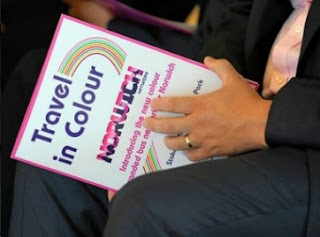 Although a helpful brochure was distributed to all present, including the Fourth Estate, the local hacks focussed mainly on the student fares initiative which was not directly linked to Norwich itself. fbb suspects that was because the reporters couldn't really understand the new network; and that, in turn, is because they have never used the old network.
Neverthless the pages from the brochure were printed on-line ... 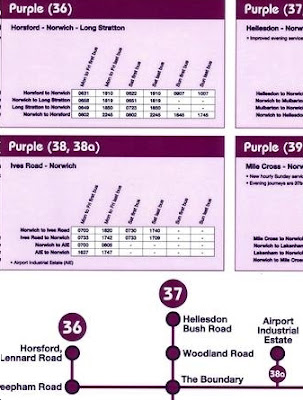 ... this being but a tiny extract!
In essence the various sprigs and branches of the local and suburban bus routes have been regrouped and relinked into a colour-coded cross-city network.

fbb has only visited Norwich twice in his sexagenarian life; once aged about 7 and latterly on a brief exploratory diversion on the way to delivering the Great Britain Bus Timetable for printing to Clays at Bungay. The former visit has long since been eclipsed by the passage of time, and the latter involved nothing more than a walk from station to bus station to catch a bus to Bungay.
So a good test of First's publicity will be to see if fbb can understand, not only the new network, but how it differs from the old.
So, from tomorrow, here goes! Will First really "cut the mustard?"
P.S. fbb just remembered a third visit to Norwich to talk computers for a work project. Just a walk from the station to a computer shop (and back)!
P.P.S. Bible Blog is Back (here) about pigeons.
Next  Bus  Blog : Wednesday  12th  September
Posted by fatbusbloke at 03:56