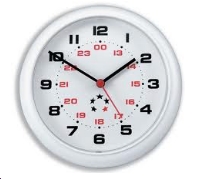 Some passengers still struggle with the 24 hour clock when used in timetables; although they seem to cope quite well with their video recorders and cooker clocks. Timetable guru Barry Doe remains venomous with the very few bus operators that confuse most of us with two 7 o'clocks etc.
But the National Health Service, as represented on the Isle of Wight can manage a whole range of inconsistencies in one short sentence.
If you need more information about this investigation
please contact
Senior Radiographer (CT)
Monday-Friday, 9am- 12:30 1:30-16:30pm
tel: (01983) 534671
Hope they can work their machines?

What is the answer?
Yesterday (read again) fbb looked at some very weird locations ostensibly served by route 42 (Sheffield, Dyke Vale Road, Crystal Peaks). We know from the publicity from data management company "ito world" that they make use of existing databases, importing place names into their systems with very little knowledge of whether they are right or not.
And we know where these daft place names come from, don't we? 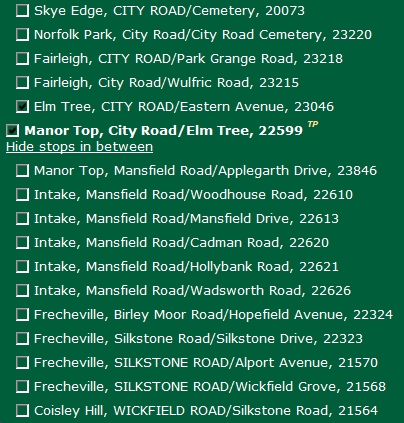 This extract from the Traveline all-stops list for service 42 shows where! Now there's a surprise; NOT!
Here are Skye Edge, Norfolk Park and Fairleigh all MISLEADING and totally WRONG. It is this list which creates the confusion with Elm Tree (a closed pub and long standing Sheffield Transport destination) ... 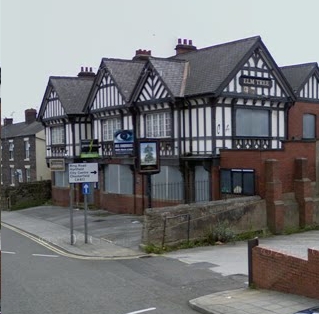 ... which is AT Manor Top, and thus the same place.

Then, at the foot of the Traveline extract (above) we see the dreaded Coisley Hill poking its erroneous nose into the data mix. The 42 runs via Dyke Vale Road which, for years, was the destination shown on Sheffield buses. 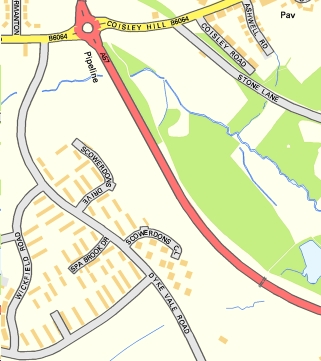 Across the fields and beyond the A57 from Dyke Vale Road (bottom) is a little bit of road called Coisley Hill (top). There is no historical or geographical hand-shake between the two locations. Indeed until Dyke Vale Road estate was built on the site of former  Scowerdons Farm the intervening land was part of the Woodhouse and Handsworth colliery site.

The only service that runs via Coisley Hill is Stagecoach route 123 ... 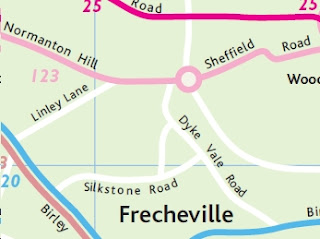 ... and the road name is so insignificant that it doesn't even get a mention on uncle Brian's map; it is subsumed into "Sheffield Road".


So the "onward journey" nonsense is due entirely to plain daft use of irrelevant place names in the Traveline database. If you have to have a "district name" for Dyke Vale Road, then it should be "Scowerdons Farm".
So, ATOC, if you want correct and useful information about buses adjacent to stations, DON'T USE TRAVELINE as your database; at least not in Sheffield!
So let's start again and use local knowledge and common sense. 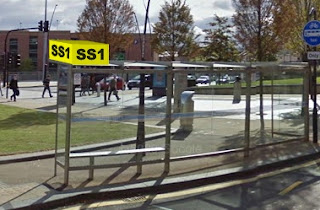 We can use the stop codes already in place in Travel South Yorkshire lists and we might even be able to persuade TSY Director David Brown's henchmen to stick really clear labels on the shelters so you can see which stop you want as you walk over from the station. 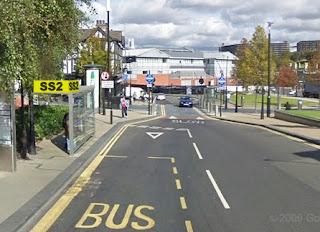 Then, and this is the big decision, you can use a "person" to draw up a list of all buses that stop there. Ideally that "person" should know where the buses go. Such people, with national knowledge, are now rare in an industry which is run from behind a computer rather than from on the streets. But such people do exist and fbb, beset with the deepest modesty, feels unable to make a specific suggestion.
And here is just a bit of such a list. 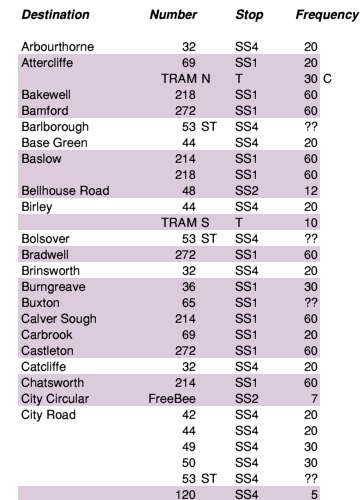 It was drawn up whilst watching Andy Murray defeat Roger Federer, so E and O E! A full PDF file of the whole list can be viewed or downloaded (here). It comes with a few explanatory notes ... 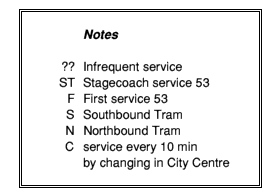 ... which, amongst other things, covers the confusing fact the TWO service 53s with totally different routes and destinations leave from the same stop. Clever transport planning, eh?
Oh, you might be wondering what the shaded bits are.
They are locations served by buses from the station stops that are completely omitted from the ATOC pages. Unbelieveable!
And one final reminder for the chappies at ATOC HQ;
this is a tram ... 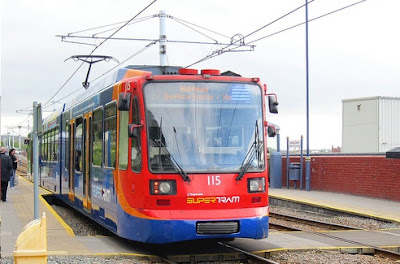 ... and you have to guess where it is. fbb will give you a clue. You have some nice shiny signs directing people to the stop. Now where might those signs be? 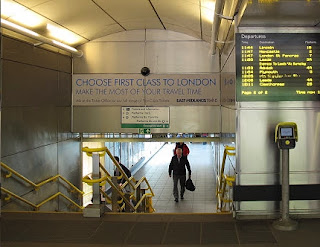 Indeed, the signs direct you up these steps from the Sheffield Station footbridge to the tram stop. That's why you really should include this "tram" in your "onward journey" information. Perhaps the people who built your data for you (ito world)  haven't heard of a "tram"? Or, more likely you good folk at ATOC told them to deliver "onward journey" options by bus and it was you who forgot about the tram.

Whoever doesn't understand what they are doing, fbb has a simple message with a subtle hint:-

Oh dear, it's not over yet!

Steve commented on yesterday's blog (read again)  and this has led fbb to yet another set of "onward travel" information, namely that which is shown on printed posters at stations. And guess what; it is DIFFERENT and still HOPELESSLY WRONG in many many ways. fbb had never found this bit of stuff before, but Monday's blog will offer a comment or two on the Sheffield poster.