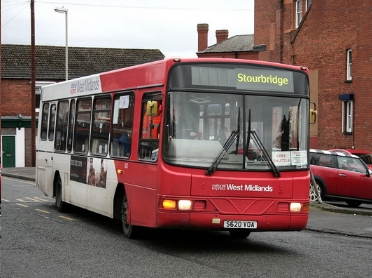 It is leaving temporary stop "G" on Parkfield Road. 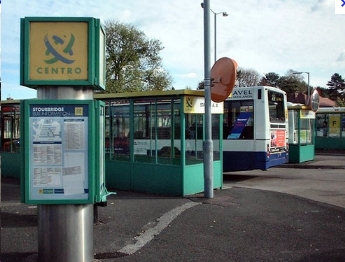 Out with the uninspiring but utilitarian 1980s old ... 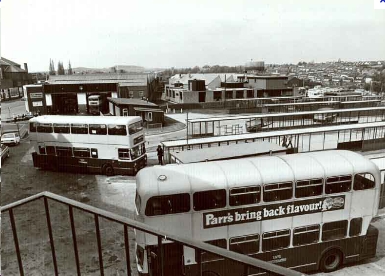 ... which had replaced three slightly more spread-out terminals. And in with this ... 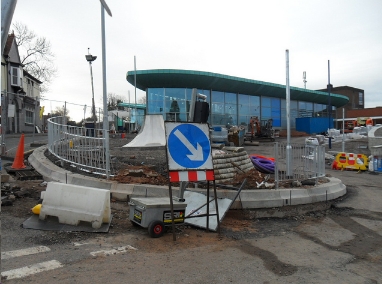 
Having been sadly disappointed by the offering at Halesowen, fbb was anxious to see if Stourbridge offered anything better. And beautifully better it was. First and foremost it has toilets. 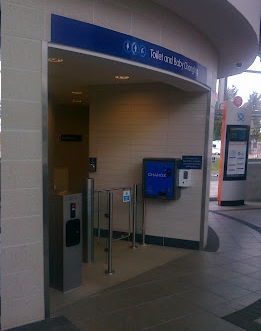 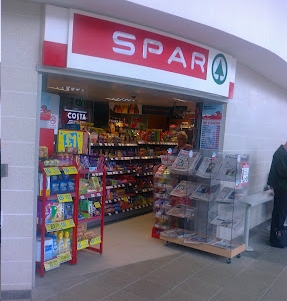 ... well stocked but eschewed by Mrs fbb for a few essentials in favour of the co-op in the town centre.
Departure information suffered the same problems as Halesowen; good if you are a regular and know what you want, but less than helpful for newcomers and occasional users. 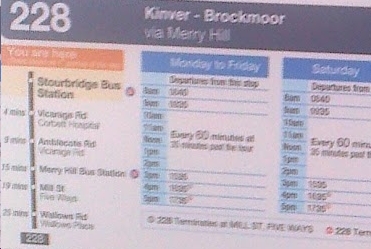 Departure lists should never replace a proper timetable, although  both can be useful. Likewise the departure screen was in time order, rather than scrolling through destinations or even route numbers. 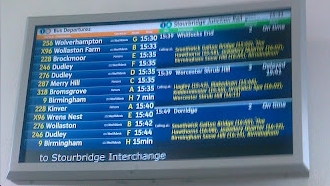 Confusingly (again for a visitor) the right hand panel of this display shows departures from Stourbridge Junction Station; but, by the time you've bought a ticket and caught the shuttle train, all those on the screen will have departed. fbb is not entirely sure what the point of this information might be unless a delay is built in to allow for the short but frequent journey from Town to Junction stations (of which more in due course).

There are mini-versions of the departure screens at each stand ... ... where they are much more useful as they give the waiting passenger some guide as to when their bus might actually arrive; at least they should if they are delivering real time. But how many buses or routes are so equipped? It is not made clear.


But Stourbridge Interchange had one outstanding feature. 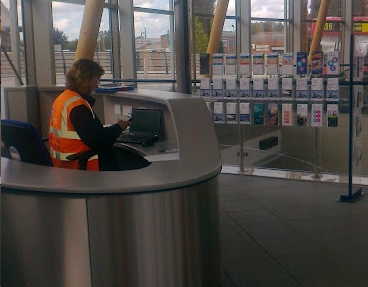 It had an enquiry desk staffed by a real person and, bliss beyond bliss, a rack stuffed to bursting point with leaflets for all the routes using the bus station. fbb, almost slobbering with delight, collected a full set to read at his ecstatic leisure.
It was not clear what the opening hours of this desk were; indeed although the on-line page enthused (quite rightly) about the Interchange's facilities ... 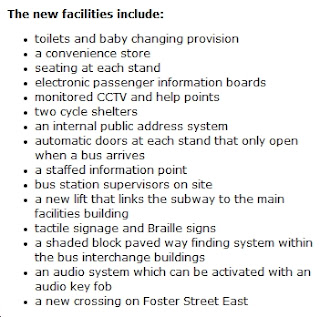 ... there was no mention of  "office opening hours". A certain picking of nits apart, this is an excellent facility and is much, much better than Halesowen. It even looks good and welcoming at night! 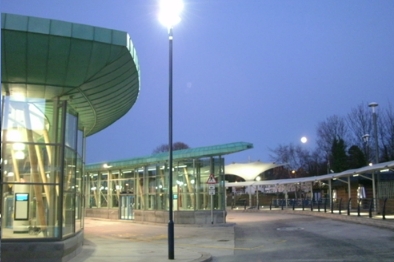 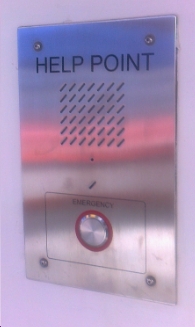 ... a help point. The chubby one did not have the courage to push the button to check what happened. Chicken!

And it is not necessary to put up notices like this ... 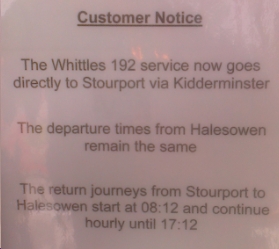 ... if you post timetables rather than departure lists! QED!