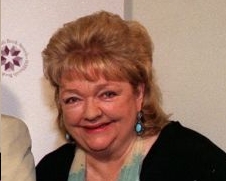 She was 72. In the January 2012 edition of "Buses", editor Alan Millar illustrated the cover of an edition of a collection of her linked short stories - about a group of people who travelled regularly on the eponymous lilac bus. 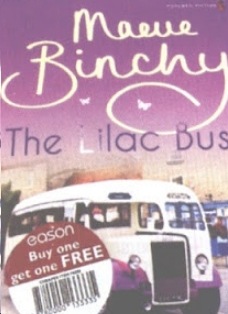 Sadly, and in an outbreak of Irishness (tut tut, naughty racial stereotype), the vehicle has become left hand drive. At least it's not red; then it would have been a "London bus"!
And Nottingham has its "Lilac Line". 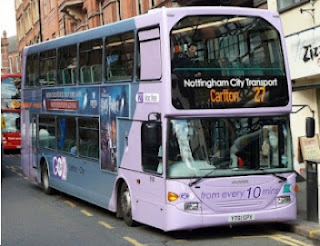 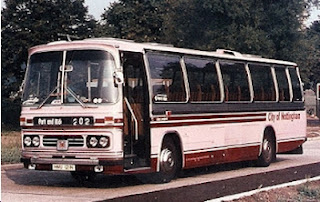 ... and Ian Smith, later to find fame by being horrid to his colonial masters! 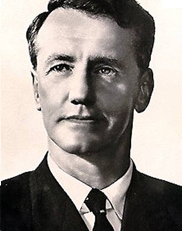 The little village of Martlesham lay on the A12 running east from Ipswich. Apart from a pub, The Red Lion ... 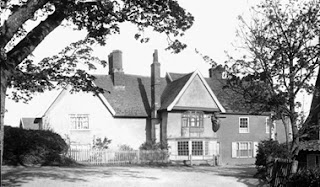 ... a few cottages and, further to the north at "The Street", another pub and a couple of small shops, ...

... it remained a small speck on the increasingly important A12.

On heathland south of the village much history was made. There the embryo RAF set up a station dedicated to experimenting and developing designs for the upstart flying machines. Martlesham Heath later (in World War 2) became an RAF fighter station where both Douglas Bader and Ian Smith were based for a time.
But in 1943 Uncle Sam arrived and, although still branded as "RAF", the station became base for a hefty chunk of the American air force. The station was "wound down" in the early sixties with final closure being in April 1963. Nevertheless, at its peak, the whole caboodle covered a huge a mount of ground. 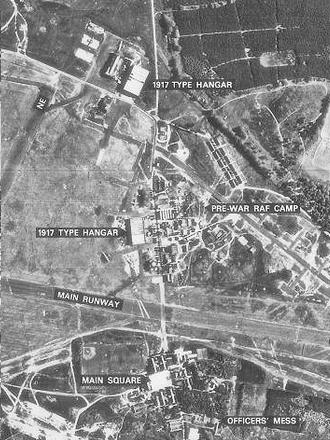 Compare this with a pre-war map! 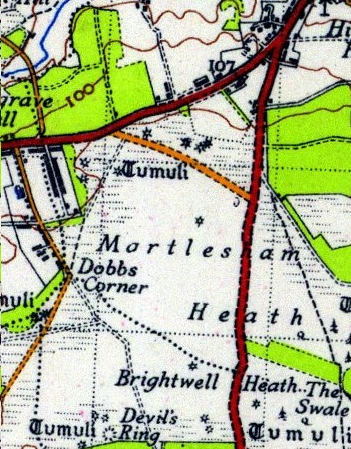 The new and much re-aligned A12 now follows (roughly) the north-south red and the orange roads and the Heath has become industrial estates to the east of the A12 and "posh" residential housing to the west. A key player in developing the area was BT who, in 1968 bought much of the site to provide a home for its research unit, previously housed at Dollis Hill** in London. Now named Adastral Park the site is huge ... 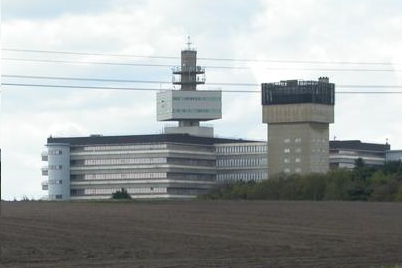 ... and is surrounded by numerous other warehouse and factory units.

Meanwhile, the sleepy village of Martleshaw itself is also bypassed by the A12, but the two locations illustrated at the head of this blog can still be spotted on the old road. The Red Lion is little changed externally from the 1890s view above ... 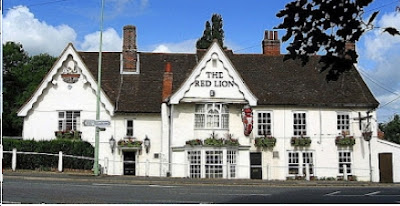 ... but the shops and pub at "The Street", although physically still extant, no longer trade. 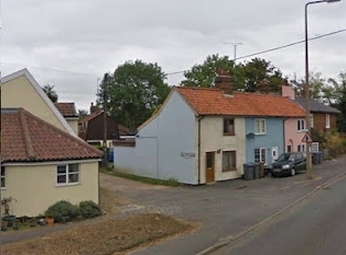 Historically, Eastern Counties has plied the main road via Martlesham to Woodbridge and beyond. 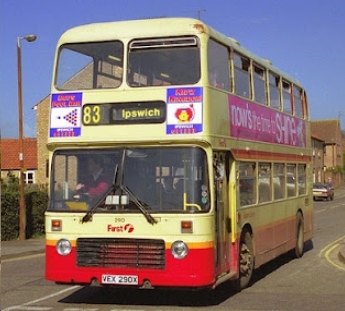 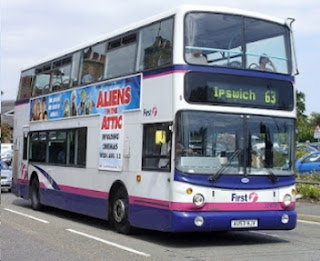 63  and  65  run hourly to Woodbridge continuing to either Framlingham or Rendlesham. The routes divert to serve the big Tesco store on the northern edge of the Martlesham Heath estates. 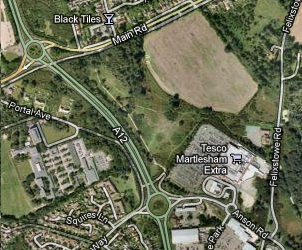 64  runs via Martlesham Village to Woodbridge, continuing to Aldeburgh. 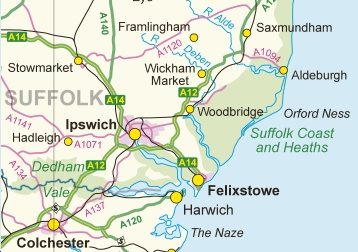 There are no longer any evening or Sunday services from Ipswich via Woodbridge; but our particular interest in this series of three blogs is with the next service numerically, namely route  66 .

And "soup" has a small and ungrammatical part to play.

For the record, Anglian Bus operates service  165  to Aldeburgh via Martlesham Village, Woodbridge and Rendlesham. 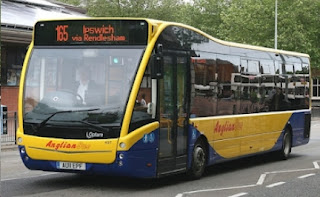 Ironically this now brings GoAhead into Ipswich, where, a couple of years ago, they failed to agree terms on the purchase of Ipswich Buses. See "Incursion in Ipswich [1]" (read again) 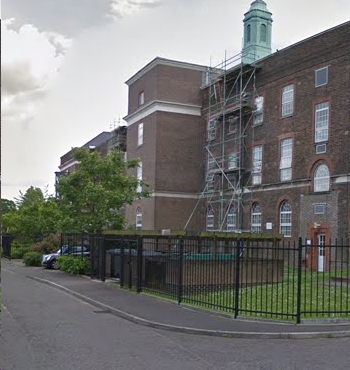 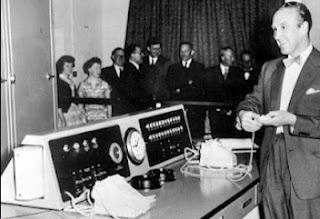