Or had the old man been transported into some kind of space-time vortex? Was he enjoying the simple pleasure of a can of fizzy orange? Was this really printed on the can? 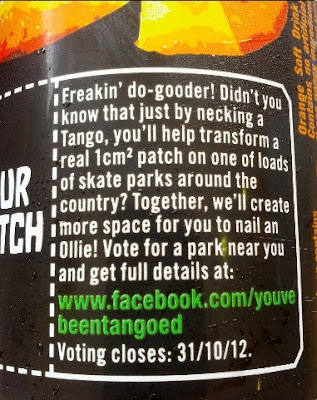 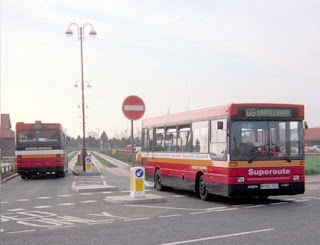 It was in 1995 that Superoute 66 started, sponsored by the new BT Research Headquarters at Martlesham Heath. It had a distinctive livery; buses ran every 10 minutes during the day and even hourly all though the night. One distinctive feature, and the very first such serious application, was a guided busway section through the "centre" of Kesgrave. 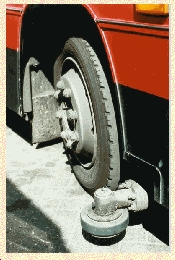 Sadly it was built for these narrow single decks, and when larger vehicles were allocated, the roadways had to be widened. 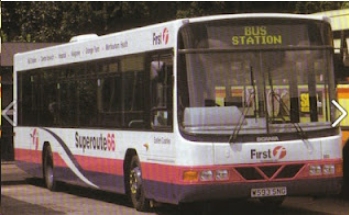 Another triumph for transport planning.
One original highlight was that you could follow the progress of buses on-line ... 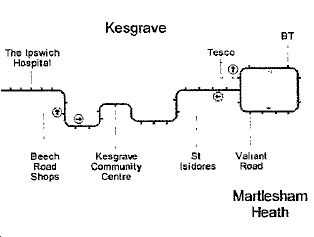 ... using a system developed by BT. The little arrows-in-circles twitched along the route in real time It was innovative, revolutionary and "state of the art", although whether there were many people around "wired up" to use it was debatable. One of the children from St Robert Hitcham School wrote this, "At the Superoute 66 place there is a shed and there is a man who controls the computer and the satellite tells us every minute where the bus is." See "Significant Suffolk Soup Route [2]" (read again). Sadly the pupil did not record where the "Superoute 66 place" was.

current service 66 route map c/o First Bus
Over the years technology has faded gently away. By 2009 there were just 3 all-night trips (and none on Sunday night) ...

... and the Monday to Saturday frequency was down to every 15 minutes.
Today there is a further reduction to every 20 on Saturdays with no overnight journeys at all. The posh bus stops, some shelterless ... 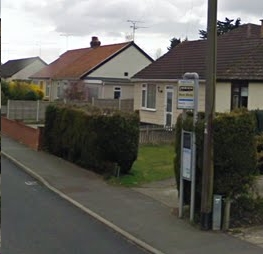 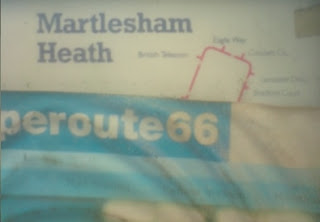 fbb could see no evidence of any real time information and, of course, there is no superoute branding. 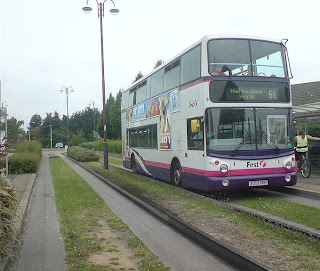 The little bit of busway is still in operation, linking the two halves of the Kesgrave estate, ... 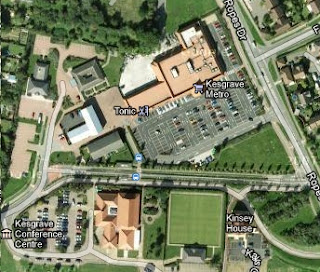 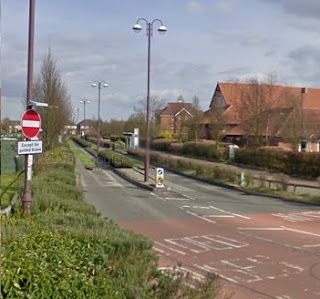 ... and, for those who relish such excitements, there is a bit of video (here). Perhaps the original idea was somewhat over-optimistic; perhaps most of BTs staff go by car; perhaps the residents of the "up-market" Martlesham Heath estate are not great bus users ...? 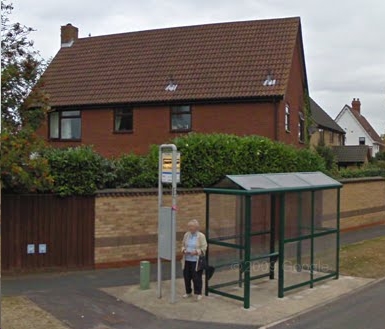 But one thing is for certain: the superoute (Soup Route) is super no more; certainly not according to First Bus ... 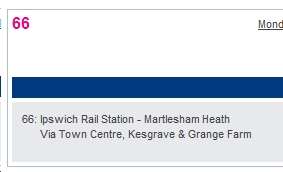 fbb does wonder, with a bus war in the offing, how Ipswich Buses might develop the service.

Now that might ruffle a few of Fearnley's First feathers. An idea for Ipswich MD Malcolm Robson?


Next Blog : Saturday 4th August
Posted by fatbusbloke at 04:20