Near to Towyn via Halesowen [1] 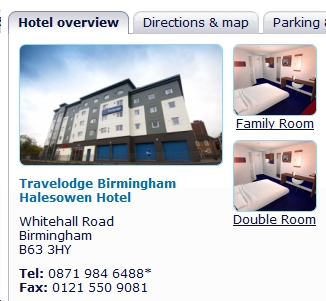 Spot the difference between
a double room and a family room
in the illustration above
Well, it looked OK at first; and it did have cheapo prices for dates required by fbb and Mrs fbb. It was at Halesowen and fbb has never been there; and just down the road is Stourbridge with its odd little branch line from Junction to Town Station. So it looked a pleasant enough spot to break the tedious car journey from Isle of Wight to Abergynolwyn, near to Towyn (correct spelling, please : Tywyn!).
Perhaps foolishly after booking, fbb read the details ... 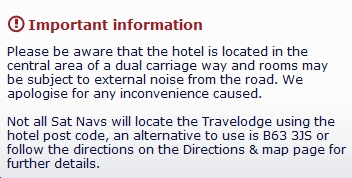 Maybe take a look on Streetview to see just how busy a dual carriageway it is? 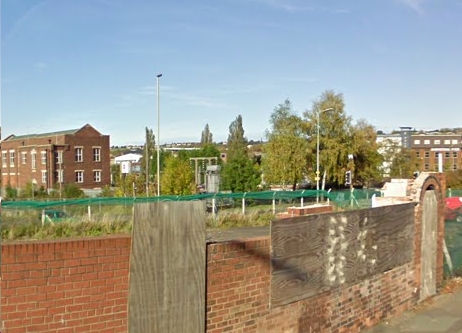 And there the Travelodge wasn't; just a patch of brown field industrial wasteland. Immediate thoughts of booking into unbuilt Spanish cheapo hotels come to mind. It's going very well so far! Fortunately Google Steetview is not always up-to-date but Google maps aerial view indicated something like the publicity picture above. 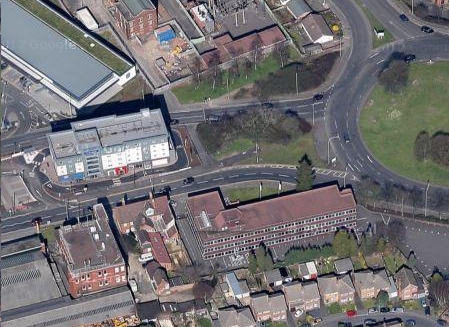 And thankfully (or Mrs fbb might have been somewhat dischuffed) there it was and there it is; and there were fbb and Mrs fbb at 1630 yesterday. And, as a bonus, the "gaffe", (Whitehall Road, top centre of this bit of bus map) is very close to Halesowen bus station ... 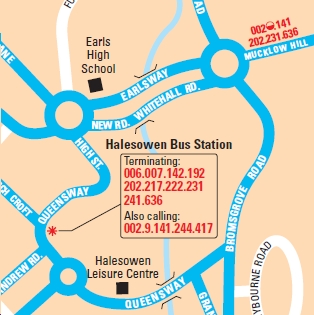 ... and, deep joy of deep joys, Mucklow Hill (top right) is where Halesowen Railway Station once stood. It's looking better all the time. Mrs fbb will be pleased!
So first, to the station (looking north towards Old Hill from Mucklow Road bridge) ... 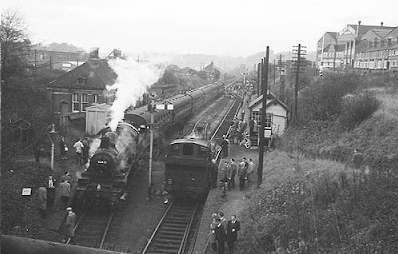 ... seen here with a railtour in the early 1960s. Sadly, there is nothing left of the station or the bridge. The site is now the usual impersonal industrial estate, pictured here from near a re-aligned Mucklow Road but also looking north. 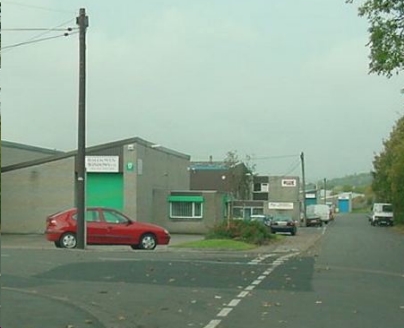 But there is a bit of local colour left. Look at the industrial premises at the top right of the station photo, here enlarged and thus pixellated. 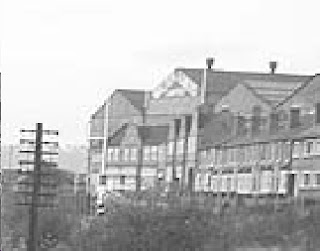 This is the works of Somers Forge Ltd a former subsidiary of Walter Somers Ltd. 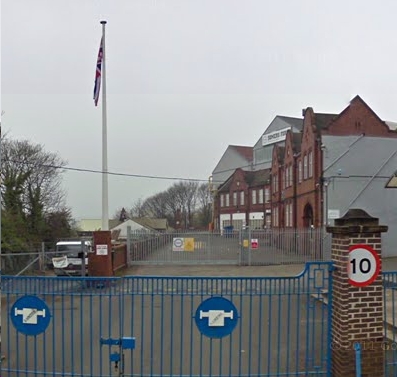 In 1866 Walter Somers (1835 to 1917) was given a loan of £100 by his father and took on a short lease on an ironworks complex at Mucklow Hill, Halesowen, establishing a forgemaster business. Initially focused on production of chains and anchors, the business later also produced axles and railway buffers. By the last decade of the 19th century, it was delivering forgings to Admiralty specifications; a customer relationship that continued throughout World War I. Somers' company also produced parts of the anchors used on the RMS Titanic. 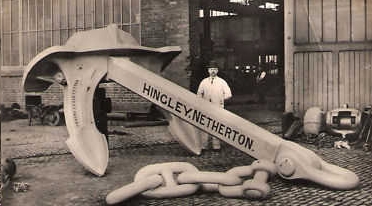 The order for the anchors, both side and centre, were received from Harland & Wolff in late 1910 by the West Midlands largest forging company Noah Hingley & Sons Ltd in Netherton, near Dudley. However, not every part of the anchors were to be produced by Hingleys. The head of the anchor was cast by John Rogerson & Co in Newcastle-upon-Tyne upon the request of Hingleys and manufactured to the 1906 Hall's Patent. The steel hand and drop forged anchor shank went to the neighbouring company to Noah Hingley & Sons; Walter Somers Ltd.
[Expert advice needed to identify "parts of an anchor" - fbb]

Walter Somers Limited was incorporated in 1919. However, it became embroiled in the 'Arms-for-Iraq' scandal in the 1980s, and no longer trades. Subsidiaries Somers Handling, Somers Forge and Somers Vehicle Lifts survive and still trade.

So, in a day or two, we look a little closer at Halesowen Station and its various links to the rest of the rail network.  An there is a passing link with Blue Bird Toffee!  But before we visit that hectic hub of ferroequinological happenings (?), a visit to the bus station  is called for (while "the boss" acquires essential comestibles c/o ASDA).

And a fascinating on-line P.S. picture. This is Whtiehall Road, Halesowen in the early 1950s and before Earlsway (the other bit of the dual carriageway) was built. 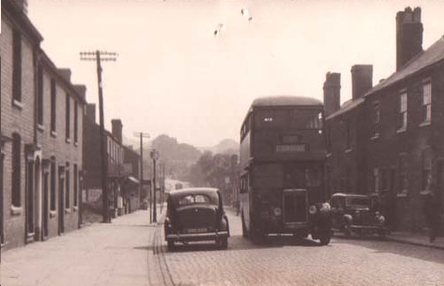 The  Travelodge is on the left a few yards past the parked car. The bus is going to Stourbridge; now National Express route 9, approx every 8 minutes. 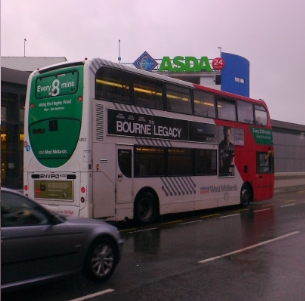 It's a different world, as they say.