Not a Public Transport Blog

But Essential to Effective Public Transport 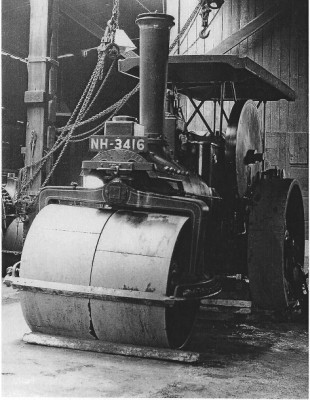 The Road Roller Association was concerned; so concerned, in fact, that they sent a paper to Northampton Borough Council.

In the commercial days of roadmaking, Allchin rollers were something of a rarity. Just eleven were built by the firm plus one convertible traction engine, and one is now a traction engine converted later in life for the owner. It would therefore be a tragedy if No 1131 were not now given the tender loving care that it so richly deserves. At best it is one of only two surviving Allchin steam rollers, and the oldest, and it is a great pity that it has not received better care in the recent past.
.
The opportunity now exists for something to be done regarding No 1131 and it is hoped that a satisfactory arrangement can be made to secure the future of this very rare Northampton product for future generations of local people to enjoy. It is their heritage and both it and they deserve better than at present. The national and international organisation, the Road Roller Association, is prepared to assist in securing this steam roller's future. Please let us bring our expertise to help resolve this potentially embarrassing situation.

... started making steal powered "stuff" at The Globe Works, Northampton, in 1847. If it could be powered by steam, they sold it. Most notably steam lorries ... 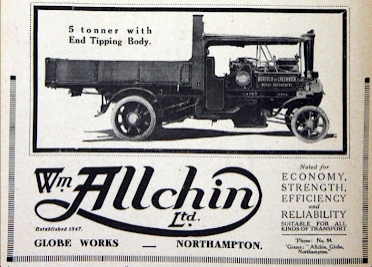 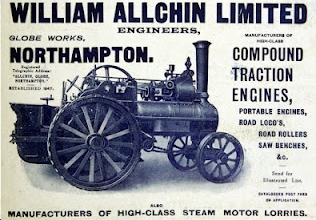 So how did the Council respond to the concerns that such a historic vehicle, used extensively in its "home" own, should be preserved?

Of course, they wrote a report. 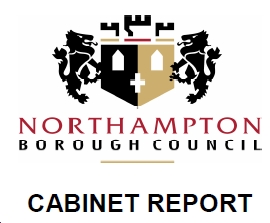 A steamroller was built to order for the former County Borough Council in 1900.  It remained in operational use until the 1950s. It was restored in the 1960s by employees of the Council and, with the permission of the Council, was exhibited by them at Steam Fairs. It also appeared regularly in the town's carnival parade. 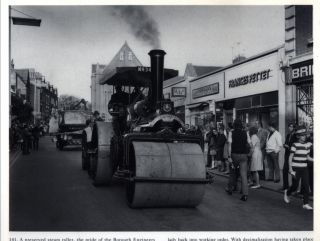 It was subsequently offered to Northampton Museum, but was considered to fall outside their collecting policy. The Roller was then loaned to the Northamptonshire Ironstone Railway Trust at Hunsbury, where it was kept for a number of years.
.
When repair works were required to it in the early 1990s, an agreement was reached for these to be carried out free of charge by a Northamptonshire based firm, Valentines. The roller remained at their works in Rushden until that firm went into liquidation some years ago. At that point the steamroller was returned to the Council in a disassembled state. It has been stored in that state at Westbridge Depot for a number of years. The remaining parts have deteriorated since that time. 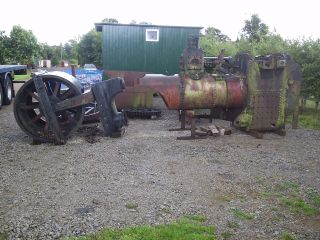 Which contained a proposal :-
.
The Council could choose to transfer full ownership of the Roller parts to an appropriate charitable body (Northampton and Lamport Railway Preservation Society)

for nil value, but subject to the conditions set out at above to protect the public interest. This is the recommended option.
.
And that is exactly what happened. And here "she" is, restored to all her magnificent glory. 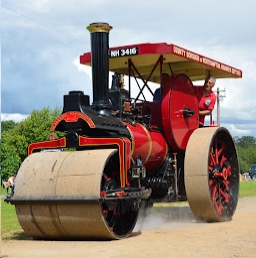 And (here) is a short video of her very first "in steam" run.

Thanks to Northampton correspondent, Alan, who has directed fbb to this heartwarming narrative. Alan's comment on the video is apposite, "Actually it looks as if Sharon, one of the restorers, is pushing it along with one hand while someone next to the camera makes Ivor the Engine noises."

And the Northampton and Lamport Railway?

Perhaps one of the lesser known preserved lines, running trains over a short length of the former Northampton to Market Harborough line; just 1½ miles long at the moment, centred on Pitsford and Brampton station. 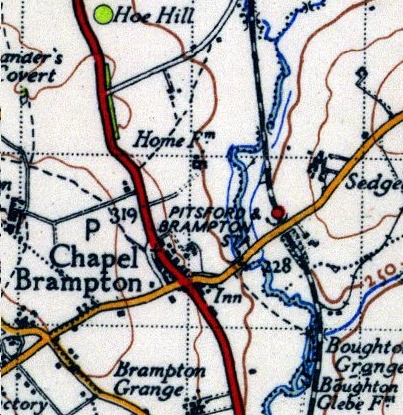 Northampton County Council bought the line's trackbed as part of the "linear park" leisure development and the preserved section of line now runs alongside the footpath and cycleway. 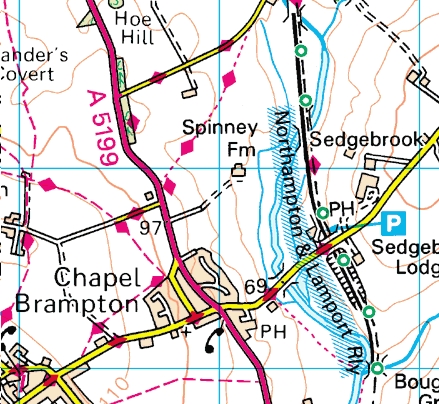 The interesting little line opened its doors to the paying public in 1995 ... 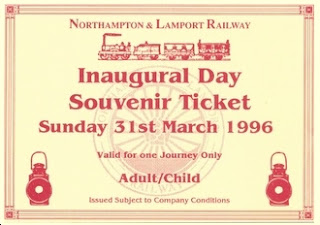 ... and is currently working on a southbound extension to the former Boughton crossing, nearer to Northampton and on the A508. A second station is to be built there although such a stop ever existed on the original line.

Worth a visit? And the picturesque Pitsford reservoir is nearby. 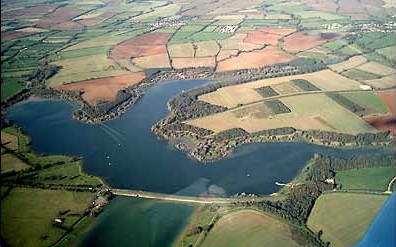 Spookily, fbb, as a less chubby child, was regularly taken for a "run round" in their new Ford Consul by father and mother on a Sunday afternoon; and a poplar target was to Pitsford to watch the new reservoir being built.

Nostalgia isn't what it used to be ...